H.G. Nicholas reconsiders the influence of this famous book on American opinion in the years preceding the Civil war, and on its world-wide public outside the United States.

When Parliament Went to the Derby

Max Thompson profiles the oddest and most original of 17th century political thinkers.

George Pendle retraces attempts by the British to seize control of Spanish colonies around the La Plata Basin, now part of Argentina and Uruguay.

Thomas W. Copeland here re-examines one of the most perplexing mysteries: that of Burke's connection with the famous “Single-Speech” Hamilton.

Classical Dress and the Italian Renaissance

Stella Mary Pearce uses the example of the Renaissance to reflect on the links between interesting times and their fashions.

The Monds were significant figures not only as the architects of a great modern industry but as representatives of a phase of industrial development that nowadays belongs to the past. Here Dr. W.H. Chaloner traces the rise of these determined individualists.

C.E. Stevens explains how, by crossing the Rubicon, Julius Caesar challenged the power of the Roman Senate, and opened the way for the foundation of the Roman Empire. 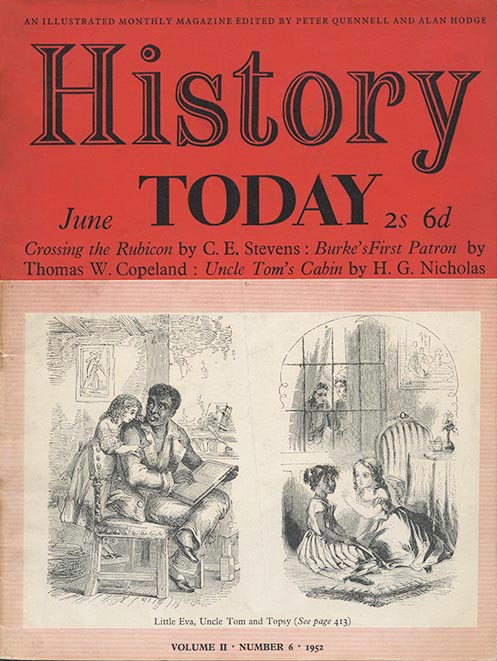