Rough Roads for Travellers and Gypsies

Recent government proposals are merely the latest in a long history of hostility. 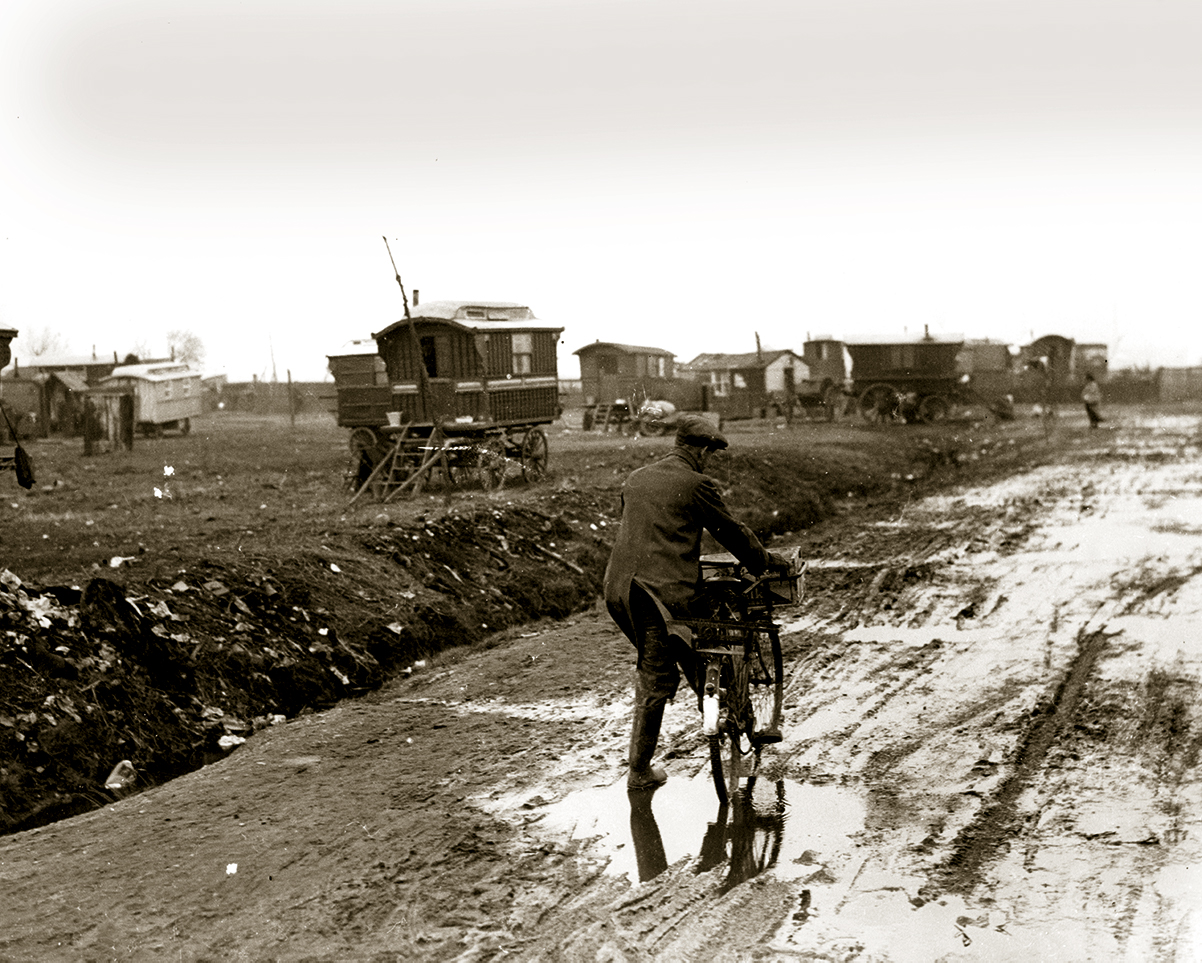 The UK government’s current plan to ‘tackle unauthorised traveller camps’ and ‘give the police new powers to arrest and seize the property and vehicles of trespassers who set up unauthorised encampments’ follows a long line of legislation aimed primarily at Travellers and Gypsies. Past regimes, from the Tudors to the present, have attacked the culture of itinerancy and the so-called ‘Gypsy nuisance’, but Gypsies, Roma and Travellers have survived. Estimates vary,  but there may be more than 100,000 such people in Britain today. They have always been subject to opprobrium. The complaint by the MP Paul Beresford in 2019, that trespassing by Travellers is ‘like a disease’, echoes a chorus of vituperation and disdain across the ages.

Gypsies, it is generally agreed, arrived in England in the early 16th century as part of the Romany diaspora. Many lived as itinerant traders, entertainers and fortune tellers, outside the frameworks of settled society. They were joined, primarily in the 20th century, by Irish Travellers, with whom they have been increasingly identified. Gypsies have always performed a variety of services, from horse dealing and basket-making to tarmacking and recycling, but have never escaped the accusation, voiced by an Elizabethan magistrate, that they were ‘lazy and unprofitable members of the commonwealth’.

Legislation under Henry VIII in 1531 and under Mary I and Philip in 1554 treated so-called ‘Egyptians’ as illegal aliens and sought to have them removed. The Marian Act accused Gypsies of ‘such abominable living as is not  in any Christian realm to be permitted’. The Elizabethan statute of 1563, ‘for the punishment of vagabonds calling themselves Egyptians’, recognised Gypsies as native subjects, but criminalised anyone ‘seen or found’ in their company, ‘or counterfeiting, transforming or disguising themselves by their apparel, speech or other behaviour like unto such vagabonds’. Several dozen Gypsies were executed, though none after 1628, and the statute was regarded as obsolete when repealed in 1783. Gypsies, however, remained exposed to the vagrancy laws and were frequently arrested for ‘not giving a good account of themselves’.

Gypsies in early modern England had to navigate both legal constraint and popular prejudice. Leaders of opinion regarded them as a danger to society, an affront to the state and offensive to God, though ordinary villagers were content to deal with them. The Elizabethan pamphleteer Thomas Harman depicted Gypsies as ‘wretched, wily, wandering vagabonds … all thieves and whores’. Magistrates condemned them as ‘a pestiferous people’, ‘idle, lewd, and roguish’. After a celebrated case in the mid 18th century, when a miscarriage of justice almost brought the Gypsy Mary Squires to her death, a journalist wrote that ‘if she were hanged, though innocent, what might matter, she was but a Gypsy’.

Late Georgian officialdom was hard on Gypsies, even though their everyday interactions were generally benign. The presiding justice at the Buckinghamshire assizes in 1794 declared Gypsies a people given to ‘loose and unwarrantable practices’, who ‘can only support themselves by rapine’, and condemned a Gypsy thief to death rather than transportation to ‘put this race of people on their guard’.

Even activists who sought ‘improvement’ for the Gypsies shared in the pattern of disdain. In 1816 the Quaker John Hoyland lamented their ‘depraved and fraudulent character’ and ‘filthy and disgusting’ condition. The Victorian philanthropist George Smith of Coalville, who agitated for the schooling of Gypsy children, remarked on the ‘savagery and barbarism’ of these ‘wandering, wastrel, ragamuffin vagabonds’. ‘Gypsies and vagrants produce nothing of value’ and were hardly worth including in the census, declared the Registrar General in 1861.

A proliferation of Victorian statutes burdened Gypsies with fines for obstructing highways, grazing animals, lighting fires, or ‘damaging the growing grass’. The Commons Act of 1876 allowed local authorities to treat Gypsy intrusions as a ‘nuisance’ affecting ‘the health, comfort, and convenience’ of area inhabitants. The Law of Property Act of 1925, while guaranteeing public access, made it an offence to bring a caravan onto common land without permission, or to camp or light a fire on it. The Highways Act of 1959 made it illegal for a Gypsy to camp or pitch a stall on highway verges or laybys.

Battles over stopping places and camping sites have raged for over a century, fuelled by politicians, the press and local opinion. The routing of Gypsies and Travellers at Belvedere Marshes in 1959, Darenth Wood in 1962 and Dale Farm in 2011 made the headlines. ‘Stamp on the Camps’, blared the Sun in 2005. The Caravan Sites Act of 1968 required local authorities ‘to provide adequate accommodation for Gypsies’, but the law was never fully enforced and was repealed by the Criminal Justice and Public Order Act of 1994.
The European Court of Human Rights has recognised some rights of Travellers and Gypsies, but Britain’s exit from the European Union may lessen those protections.

Though many Gypsies and Travellers no longer travel, they continue to face harassment. If they give up life on the road they may be expelled from designated sites. Without planning permission, their camps on land they own may be illegal. Halting on public or private property is increasingly perilous and the proposed new legislation only adds to the tensions. History offers no solutions, but suggests that the Gypsy Traveller community will need all its resources to withstand the barrage of misrepresentation and hostility. They may also find, as in the past, that legislation against itinerants is only indifferently enforced.

David Cressy is the author of Gypsies: An English History (Oxford, 2018). 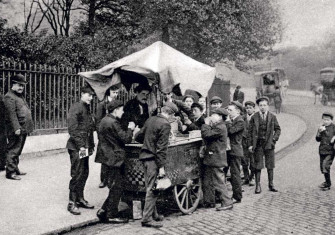 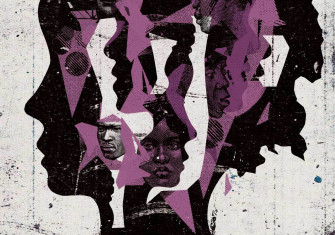