Dealing with debt in the Roman Empire.

We know these details of the consequences of personal debt in Roman Egypt because they come down to us, along with thousands of other day-to-day documents, in the form of papyri, which were collected initially by Victorian adventurers and archaeologists. But it is not just papyri which tell us about the practice of lending money to those in need in the Roman Empire. The recently deciphered ‘Bloomberg’ tablets, discovered in the City of London, show that loans were a part of everyday life across the whole Empire. From Pompeii we have graffiti from tavern walls, which show how much was lent and what had been pledged by pawnbrokers on the security of clothing or small personal items. 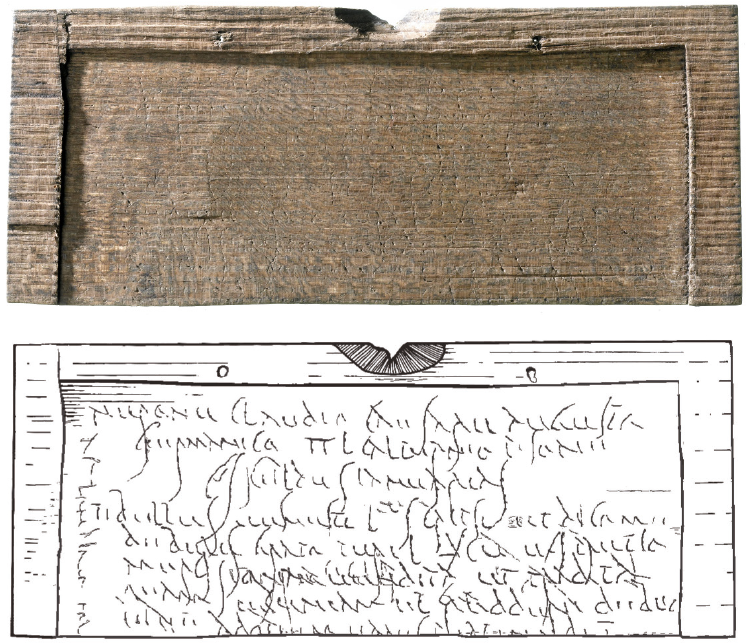 Although the pawnbroker and some other sources indicate that it was professional and semi-professional lenders providing these relatively small loans, many of the loans given in Roman Egypt were ‘peer to peer’. Some of them were literally payday loans, as for instance in ad 140 when Antonius Heronianus, a cavalryman of the first cohort of a Roman military unit, had to borrow a sum in silver denarii from his comrade Iulius Serenus, which he promised to pay back with interest once he had received his pay. However, most loans in an agriculturally dominated society such as Roman Egypt were payday loans, in the sense that the debt would be repayable after the ‘payday’ of the harvest.

The Empire was very aware of the dangers of loans, which were at high interest rates. Since avoiding social unrest was a key aim of Roman provincial government, the state intervened to try to prevent the worst excesses of loan sharks.

First, interest rates in Roman Egypt were limited to 12 per cent per annum on cash loans, which was a reduction from the 24 per cent maximum before the Roman conquest, under the previous Ptolemaic regime. People did not think in percentages, however, but in multiples and fractions: so, paying one per 100 borrowed, for each month you had the loan, equates to interest of 12 drachmas on a 100 drachmas loan over a year – or 12 per cent in our terms.

This attempt to limit rates had some success, but there are many examples of loans at higher rates of interest, though never approaching modern payday loan rates, particularly for smaller amounts of money. As ever, it was the smaller borrower who paid the higher rates. There was a simple way around such restrictions, however, in that it was likely that in some cases the actual amount ultimately paid to the borrower was smaller than that recorded in documentation.

In addition, in Roman Egypt the total of the interest payable could never exceed the capital borrowed. These legal constraints would have been toothless, however, unless the state was willing to enforce them. Once again, we have evidence from the papyri. Here we see an even-handed approach: defaulting debtors could be imprisoned, but those who felt that they had a grievance against a lender had the right to appeal to the authorities, as when Publius Marcius Crispus, an epistrategus, one of the senior administrators in Egypt, received this petition in ad 147:

One of these men is Ptolemaeus … reckless in his conduct and violent, leading the life of a moneylender and committing every impious and forbidden act, by demanding interest at the rate of a stater per mina [an interest rate of 48 per cent] per month by virtue of the power he has in the nome, in disregard of the prefects’ decisions and the ordinances of the emperors ... by descending into the villages with a gang and committing very many acts of outrage ... You will also find from others that he has got eight times the capital from someone else in a few years, although it is forbidden for anyone to exact more interest than the sum of the capital over the whole period of the loan.

The petitioner, also called Ptolemaeus, requests that the interest he owes be limited to 12 per cent, as per the law, but whether he succeeded in his request we do not know.

So can we learn anything from the Roman experience? Perhaps the key point is that percentage interest rates do not need to be understood for them to be effective constraints on usurious practices. People understood what they were paying in interest in absolute money terms and were able to protest if they felt they were being mistreated. Perhaps we might follow similar practices in making the reality of high interest rates clearer to those in need of a loan.