The need to preserve alliances was a compelling reason not to use nuclear weapons in Vietnam. 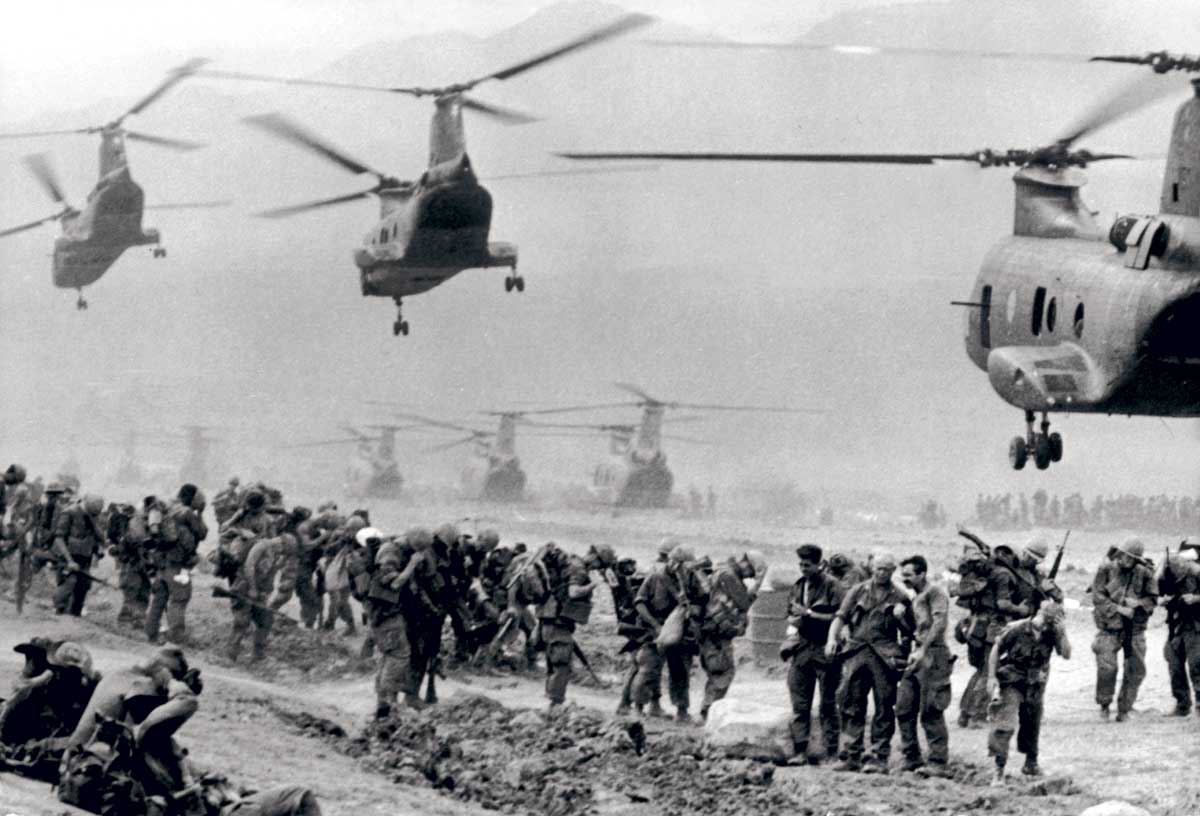 Why did the US not use nuclear weapons in Vietnam? We often assume that it was the doctrine of Mutually Assured Destruction that kept both superpowers from ever using them. But intelligence reports from the period paint a more nuanced picture, one where global abhorrence of nuclear weapons, or the ‘nuclear taboo’, made their use politically untenable.

In 1966, China began amassing forces in North Vietnam. Uncomfortable with the recent US involvement, by 1967 they would deploy 170,000 troops. US leaders in turn began to worry that China might invade South Vietnam if the North were threatened, as they had in the Korean War 16 years earlier. One possible route to stopping a repeat of Korea was using nuclear weapons against the Chinese and North Vietnam.

1966 saw the CIA and the Office of National Estimates, an inter-agency body tasked with providing consolidated intelligence reports to civilian leaders, publish a report about possible scenarios for using nuclear weapons in Vietnam. The memo is striking for its unequivocal condemnation of the use of nuclear weapons in any possible scenario; not because of the threat of retaliation, but because of the political damage that breaking the nuclear taboo would cause. It concludes that there ‘would be a widespread and fundamental revulsion that the US had broken the 20-year taboo on the use of nuclear weapons’ and that ‘any use of nuclear weapons by the US in the Vietnam War would be viewed as among the most fearful and fateful events of modern history’.

Employing nuclear weapons would make allied support of US policy in Vietnam untenable, particularly in Japan and the UK, America’s closest allies at the time. Public pressure would force their governments to either renounce support for the war, or face electoral defeat in the next election cycle: ‘A British government that failed to make a public condemnation of the introduction of nuclear weapons into the Vietnam fighting would probably fall’, the memo asserts. Japan, ‘especially resentful of a second use of US nuclear weapons against Asians’, would also be likely to restrict or revoke access to US bases in its territory; a worse blow to US influence in Asia than any defeat in Vietnam would be.

The Pentagon also compiled a report analysing nuclear weapons use in Vietnam. While longer and more technical than the primarily civilian-focused CIA report, it also came to the conclusion that using nuclear weapons ‘would be uniformly bad and could possibly be catastrophic’. The catastrophe to which it refers is the threat of a general nuclear war with either the Soviets or the Chinese. Where it agrees with the CIA report is in the political consequences of using nuclear weapons, absent of any retaliation from other nuclear powers. The way it discusses the nuclear taboo is indicative of military commanders’ views at the time:

Abstention from the use of any NW [nuclear weapons] is universally recognized as a political and psychological threshold, however rational
or irrational the distinction between ‘nuclear’ and ‘nonnuclear’ may be.

The taboo is reinforced by the slow consolidation of nuclear decision-making on the president. During the Korean War in the early 1950s the Truman administration began to ensure that any use of nuclear weapons required presidential authorisation. The military was generally responsible for the planning and placement of nuclear weapons, but the president was the ultimate decision maker on their use.

The split responsibility was tested in early 1968. The North Vietnamese had attacked in force and the Americans were on the back foot. The US was concerned about fighting around Khe Sanh, seeing similarities with the French defeat at Dien Bien Phu in 1954. General Westmoreland, Military Assistance Commander in Vietnam, began planning Operation Fracture Jaw, an operation to bring tactical nuclear weapons into Vietnam as a possible contingency to defeat the North Vietnamese attack at Khe Sanh if conventional weapons proved insufficient. He estimated that the rural area around the battle meant nuclear weapons could be used effectively against military targets with few civilian casualties. Westmoreland would not be able to use the weapons without presidential authority, but wanted to bring them into position should the order come.

News of the plan leaked to several senators, who publicly questioned the Johnson administration. One was J. William Fulbright, chairman of the Senate Foreign Relations Committee. Writing a letter to the State Department, Fulbright said that he was ‘profoundly opposed to having the United States destroy the worldwide psychological barrier against the use of nuclear weapons’. Revelation of the plan and the resultant backlash seems to have taken Johnson by surprise. He put an immediate stop to the operation. The nuclear taboo was so effective that even the act of bringing nuclear weapons within operational distance was enough to cause anxiety in the political leadership.

The political furore around Operation Fracture Jaw again demonstrates that it was not just the threat of retaliation that prevented the use of nuclear weapons in Vietnam. Even during the most serious military threat the US faced, the abhorrence of these weapons made the political damage they would cause to their user much greater than the physical damage they would do to an enemy. The nuclear question during the Vietnam War reveals that the Cold War superpowers were at the heads of extended networks of alliance, bound together with shared values. No amount of military success matters if it destroys your political connections in the process.