Dedication Is What You Need

Seemingly inconsequential, dedicating books to royalty was a vital part of Tudor publishing. 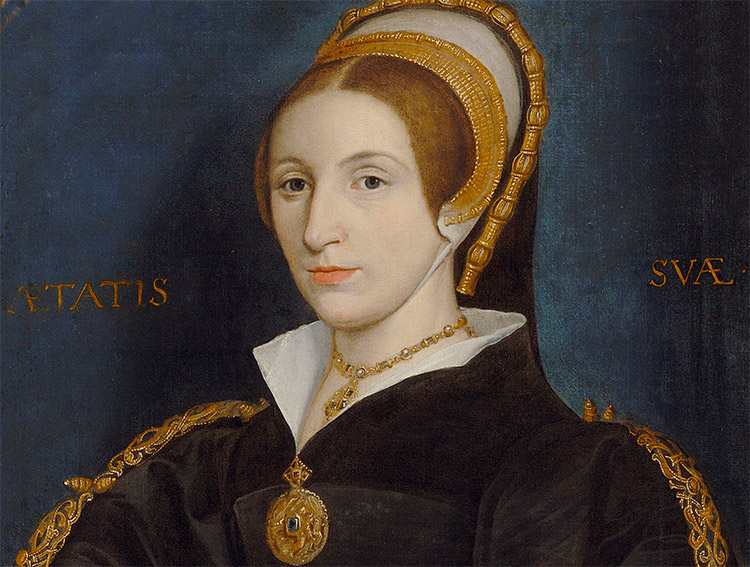 It is not often that actual history and Showtime’s TV series The Tudors are in agreement. Yet one scene depicts a very small event that may have actually happened, as part of a much larger 16th-century tradition of patronage and gift giving. In it, Thomas Culpepper presents Catherine Howard with a folio-sized book as part of the New Year’s celebrations. The book – the first book on midwifery to be written in English – was the work of Richard Jonas, a man who came to England in the train of Anne of Cleves. Jonas meant to dedicate the book to Anne, but would now like to dedicate it to Catherine instead. Culpepper explains that Jonas would like to dedicate it to ‘the most gracious and in all goodness most excellent virtuous lady Queen Catherine’.

In 1540, Richard Jonas did in fact dedicate his The Byrth of Mankynde to Catherine Howard, using the exact language quoted in the scene, but there is no evidence that she ever saw it or owned a copy. Dedications to manuscript and printed books are a small aspect of book history, but are surprisingly powerful evidence of a way in which Englishmen and women grappled with some of the most important issues of the time. Beyond simple appeals for patronage, book dedications can offer evidence for why an author or translator chose to produce a text, the sources they used for it, how that text came to be published, why it was relevant to the current political or religious situation and how dedicators chose to offer veiled counsel to their dedicatees.

There are no dedications that embody the complicated and symbiotic relationships of dedicators and dedicatees better than those to the five Tudor monarchs. Between them, the monarchs and their spouses received innumerable manuscript dedications and, as printed books gradually replaced manuscripts, at least 300 printed book dedications. While dedicatees may not have had a say in how their name was invoked and the dedications cannot tell us about, for example, the personal reading habits of Elizabeth I, dedications linked a text with a royal person. This connection gave a text authority and a commercial appeal, while at the same time suggesting to the monarch a text that he or she should read, support and learn from. 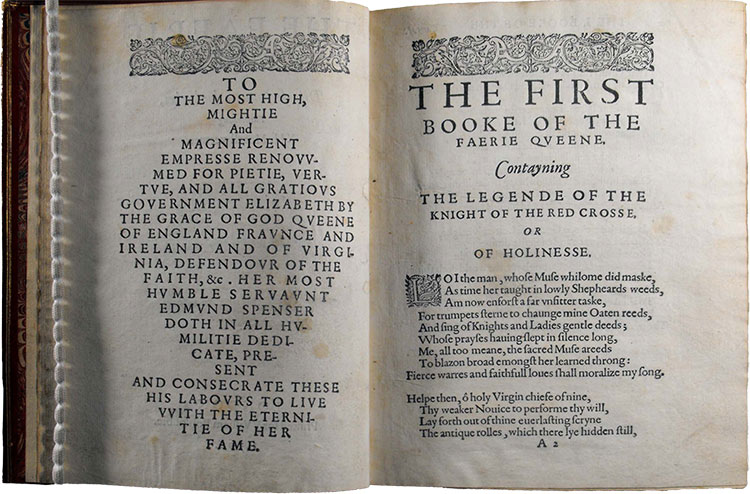 While the subject matter of dedicated books varied by monarch, there are some overarching generalities that dedications to the Tudors shared. While they were heirs, each of the Tudors received very few dedications. An important motivation for giving a book a dedication was the expectation of receiving something in return and an heir was unlikely to have the power to dispense patronage in the same way as the reigning monarch.

Dedications are evidence of how authors and translators appealed to and railed against the monarchs to make decisions, take counsel and educate themselves and their children. The court musician and tutor Giles Du Wes, for example, dedicated a French textbook to Henry VIII, Anne Boleyn, Princess Elizabeth and Lady Mary that contained lessons that had previously been written for Mary during her time in the Welsh Marches. Similarly, the Valencian scholar Juan Luis Vives dedicated a book of mottos (resembling a mirror for princes) to Princess Mary, which was later also used in the educations of Elizabeth and Edward.

There were further differences between dedications to the monarchs beyond the number of dedications given. Henry VII mainly received printed book dedications from men who already received his patronage, suggesting that, with print as a new industry, no one was quite sure how the monarch would respond to a printed book as opposed to a personalised manuscript. Mary received several more personalised dedications in manuscripts than did her grandfather, because she established personal relationships with many authors and translators who gave them to her for patronage. Robert Recorde, in his The Castle of Knowledge, praised Mary’s piety and learning, while at the same time asking her to support his text:

Godde in despite of cancred malice and of frowninge fortune, dyd exaulte your maiestie to that throne royall, whiche of iustice dyd belonge vnto your highness, althoughe the musers of mischief wrought muche to the contrary.

Henry Parker, Lord Morley, in support of Mary’s often-changing situation at court, wrote a dedication added to a medieval manuscript so that she would keep and protect at least one religious manuscript during the Dissolution of the Monasteries, making a point to note ‘specially in that this is Catholyke’. Interestingly, some men who dedicated to Mary also made dedications to her father and half-siblings, indicating that, for some, receiving patronage was a way of life. The translator Thomas Paynell was one such man, able to survive on patronage through multiple Tudor reigns, dedicating to Henry VIII, Mary and Elizabeth.

As for Elizabeth, it is unsurprising that, having ruled the longest of all of the Tudors, she received the most dedications of the widest range of subject. A complete list of manuscripts dedicated to Elizabeth has not yet been compiled, but the sheer number of printed books alone indicates that by the second half of the 16th century more people than ever before were willing to offer their monarch gifts, that Elizabeth was known to be a patron of the arts and that print in England was becoming easier and cheaper to produce – from paper-making, to printing, to textual production.

Although book dedications are a minor aspect of early modern book culture, as both a tradition and individually they offer unexpected insight into the politics and personal intrigues of the literary culture of Tudor England.

Valerie Schutte is the author of Mary I and the Art of Book Dedications (Palgrave, 2015).