Attempts to control the spread of bank note forgery in India have proven ineffective and dangerous. 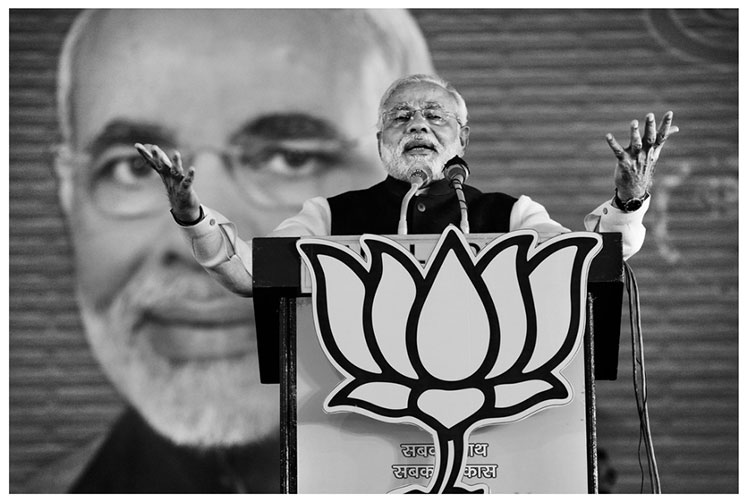 Rarely is it the case that a direct line of causation can be drawn between the state’s implementation of an economic policy and the death of its citizens. But, when government policy possibly can make the entire savings of an individual worthless, it is hard not to make the connection.

Last November, Narendra Modi, India’s current prime minister, declared 500 and 1,000 rupee notes – which comprise 86 per cent of the country’s currency in circulation – unfit for use. To onlookers, the move seemed radical but such demonetisations have occurred several times in India’s past, most notably in 1946 and 1978.

January 13th, 1946 marked the first time in recent history that India’s government demonetised its currency. In the aftermath of the Second World War and less than two years before the country achieved independence from the British Empire, the government demonetised 500, 1,000 and 10,000 rupee notes in an effort to curb the rise of currency forgery.

At the time, Rajendra Prasad – who would go on to become the country’s first president – cautioned against the move, citing fears about the repercussions of the policy for law-abiding citizens. ‘I do not know how far and to what extent the new ordinances will be able to affect persons against whom they are intended. One thing is clear. A large number of people belonging to the middle and lower middle-classes will be hit hard on account of the demonetisation of currency notes.’

His warnings were prescient. On January 14th the Indian Express reported the death of a woman due to heart failure caused by the shock of the policy’s announcement. Other reports tell of further deaths across the country as well as the postponement of marriages and chaos in India’s cities.

Evaluating the efficacy of the policy nine years later, Chintaman Deshmukh, who as governor of the Reserve Bank of India oversaw the implementation of the 1946 policy (and who later served as Nehru’s finance minister), noted:

It was really not a revolutionary measure and even its purpose as a minatory and punitive gesture towards black-marketing was not effectively served. There was no fool-proof administrative method by which a particular note brought by an individual could be proved as the life-savings of the hard-working man who presented it or established as the sordid gains of a black-marketer.

In spite of this scepticism, Indian politicians repeatedly called for further such demonetisation. And a little over 30 years after its first implementation, the government yielded. In 1978 the government of prime minister Moraji Desai tried a second time and, again, the policy caused chaos in India’s markets, small businesses and villages, while simultaneously doing little to achieve its intended purpose. Writing in 2002, I.G. Patel, who was governor of the Reserve Bank of India at the time, rejected the basic reasoning of the policy, remarking:

Most people who accept illegal gratifications or are otherwise the recipients of black money do not keep their ill-gotten earnings in the form of currency for long. The idea that black money or wealth is held in the form of notes tucked away in suit cases or pillow cases is naïve.

Since the 1970s, the spectre of demonetisation has returned several times to Indian economic policy though only in 2016 was the fear of such ghosts justified. On the evening of November 8th, Modi inauguratedIndia’s third attempt with an announcement that caught the vast majority of the country off guard. As with previous demonetisation policies, the motives cited were ‘black money and corruption’, which Modi claimed were ‘the biggest obstacles in eradicating poverty’. ‘It will cause some hardship to you … Let us ignore these hardships,’ said the prime minister.

Hardship, however, seems too light a word to describe the policy’s effects. In the ten days following its implementation, 55 deaths connected to demonetisation were reported. By December 6th  this number had risen to 82.

What is truly radical about 2016’s demonetisation is the outsize impact the policy has had on India’s poor and rural citizens. While in 1946 and 1978, the policies’ effects were concentrated on much of India’s urban centres, home to its upper and middle classes, Modi’s move to render more than four fifths of the nation’s currency valueless has brought chaos to the country’s villages. Over a fifth of the world’s unbanked adults reside in India, many of them in its rural areas. Just under half the country’s population is without a bank account and one in every four adults is illiterate. Possession of a bank account hardly seems feasible when one cannot read the documents one must sign. And even those rural citizens who do have bank accounts struggle as the branches in India’s villages serve twice the population of those in its cities, exacerbating the shortage of legal currency that has occurred in the wake of demonetisation.

Modi now claims his aim was to usher India into the digital age through the promulgation of cashless payment. Surely, though, history has demonstrated that, whatever their aim, these draconian measures come at too high a cost. It seems a dangerous position for the leader of a country to take that the hope of technological progress justifies such chaos and loss of life.

Priyanka Menon is a fellow at the Folger Shakespeare Library and the Dumbarton Oaks.