The Beard Maketh the Man

During the Renaissance, the beard was the defining feature of a man. 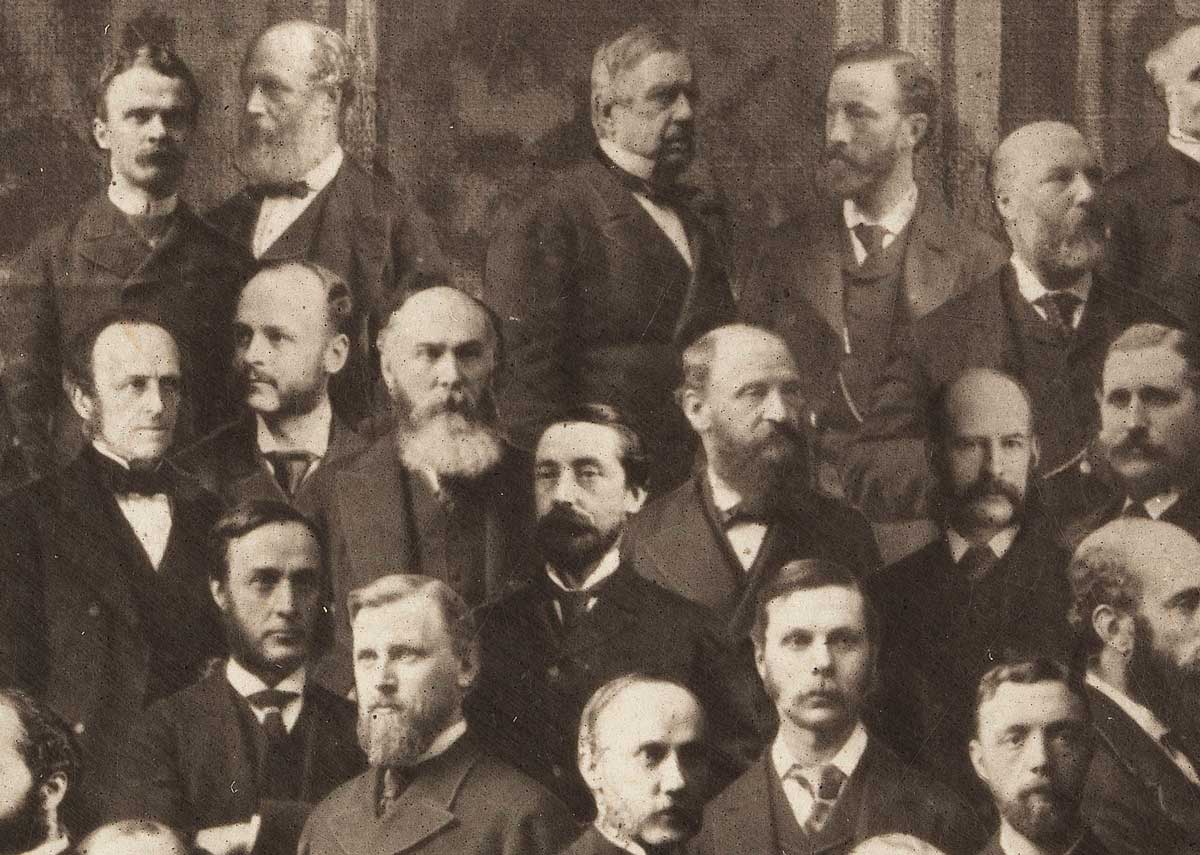 The stereotypical image of a Renaissance man wears a ruff, a doublet and hose perhaps, and, very probably, a beard. And with good reason. The 16th and early 17th centuries saw a remarkable and ubiquitous fashion for facial hair among men. Physicians wrote about them, Protestant reformers grew them, poets satirised them and playwrights, from Shakespeare to Jonson, Middleton, Fletcher and beyond, repeatedly used them to demonstrate masculinity to their audiences. Benedick shaves back his to impress Beatrice in Much Ado About Nothing, while the ‘Seven Ages of Man’ speech in As You Like It includes a soldier ‘bearded like the pard’ and a ‘Justice’ with ‘beard of formal cut’. Indeed, of the plays in the 1623 Folio, only four do not mention beards. Shakespeare was heavily invested in the language of beards when he imagined his male characters.

Why did beards suddenly become important? The question proves difficult to answer because moments of mass-beardedness in history occur randomly and involve different models of masculinity, causes, effects and durations. The historian Christopher Oldstone-Moore identifies ‘four great beard movements’ that punctuate the history of masculinity – the second century, the High Middle Ages, the Renaissance and the latter half of the 19th century. Arguably we are currently at the beginning of a fifth age, though time will tell whether this is merely a moment of fashion or something more. Certainly beards have been current and widespread for the last 20 years and the term ‘hipster beard’ is idiomatic.

While there are no universal triggers for ‘great beard movements’, we might venture that the early modern period was a time of enormous change – religious, economic, political, cultural and medical. Old systems of thought came under pressure as feudalism gave way to proto-capitalism and Catholicism to Protestantism, and the political system moved towards modern democracy. During such upheaval, it is unsurprising that ideas of gender come under scrutiny, too. Here the one-sex model of gender is important – an inheritance of classical antiquity enshrined in the works of Aristotle and Galen, which saw women as simply ‘imperfect’ men who lacked the requisite humoural heat to eject their inverted penises from their bodies. Facial hair functioned as evidence of the male capacity to produce semen, puberty providing the necessary testicular heat for a boy to become a man, but also for ‘smoke’ to rise in the body and push out hair in the face. As much as menstruation signalled a girl’s capacity to reproduce, the beard did the same for a boy.

The beard was the boundary that separated men from boys in early modern thought and we can assume that, whenever the term ‘boy’ was used, its object was a beardless or incompletely bearded male. In the latter instance it was usually an insult, an impugning of the youth’s unfinished manliness, as in William Cartwright’sThe Ordinary (1635), when Credulous asserts his authority over Meanwell by saying: ‘You’re a beardless boy / I’m the father of children.’ Puberty is known to have occurred later in the early modern era so men may have been seen as boys well into their late teens or early twenties. This has important implications for the so-called ‘all male stage’ of the Renaissance. Boys might have played women for much longer than we expect and the phase of beard-growth was almost certainly used by playwrights when constructing characters. The portrayal of teenagers onstage and their frequent association with trickery and deception – from the cheeky servants of citizen comedy through to the outright criminality of Hal and his fellows in the Henry IV plays – suggests that the ambiguity represented by imperfectly bearded youths was viewed as a threat by wider society. 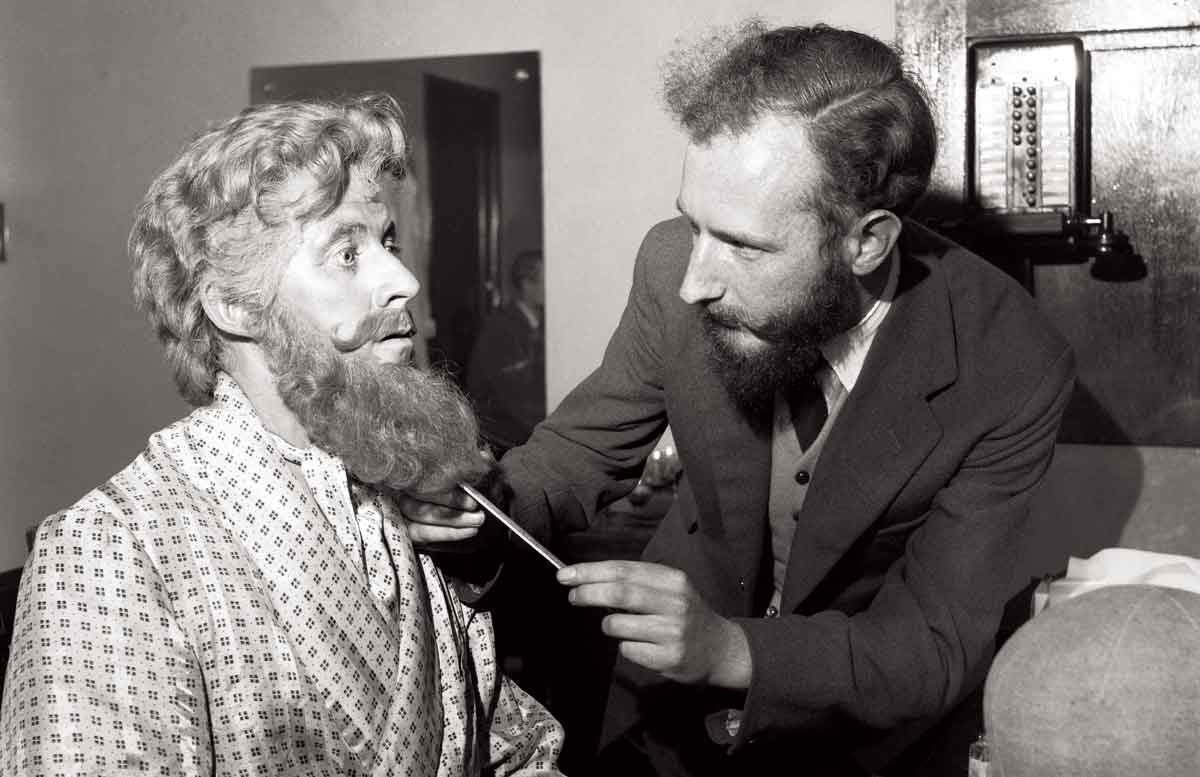 The unusual emphasis placed on the beard to determine manliness made it a powerful symbol in the theatre. While it is likely that actors would have used their own facial hair when performing, there is plenty of evidence from the records of local amateur drama, university inventories, as well as the accounts of the Royal Wardrobe, that false beards were a key feature of early modern dramaturgy. Tied on with strings or attached with glue, prosthetic beards were a crucial part of theatrical costume. In addition, false beards were a frequent and recurring feature in the many disguise plots of early modern drama. The idea is clearly articulated by Longaville in Beaumont and Fletcher’s The Honest Man’s Fortune (1613) when he says that ‘disguises must wear beards’. Given the onus placed on beards in the early modern conception of manhood, this raises interesting questions about the mutability of manhood itself. False beards destabilised the very stability of the sign that they exploited.

The early modern stage teems with differently coloured beards – red, black, brown, grey, even blue, purple and yellow – all cut into various forms – the spade, the pique-devant, the cathedral, the swallow-tail – each representing its own slice of masculinity which an audience was expected to decode. A pique-devant, or pointy beard, became a courtier, while a spade beard suggested a soldier. ‘Greybeard’, meanwhile, was an omnipresent term used to denote ageing men. Paradoxically the greybeard invoked both wisdom and good counsel on the one hand and folly and declining faculties on the other. Depictions of the greybeard show that the benefits of patriarchy such as economic power and social status were limited, extended only to those in the prime of manhood.

Indeed, the stage reveals that manliness was inherently unstable. Men were often pitted against each other in competition for authority, a process that sometimes literally involved ‘bearding’ – or the pulling or tweaking of another man’s facial hair during conflict as a way of diminishing his manhood. This is what Hamlet means when he asks a newly bearded player arrived at court, ‘com’st thou to beard me in Denmark?’

The dramatic uses of the sign of Renaissance masculinity par excellence – the beard – reveal how precarious, provisional and potentially groundless the ideology of early modern masculinity was, the very ideology upon which the sign-system of the stage relied. As we look at today’s hipsters – beards, man-buns and tattoos aplenty – we may also wonder what lies beneath the surface of the identities that they construct.

Eleanor Rycroft is a lecturer in Theatre and Performance at the University of Bristol. Her book Facial Hair and the Performance of Early Modern Masculinity is published by Routledge. 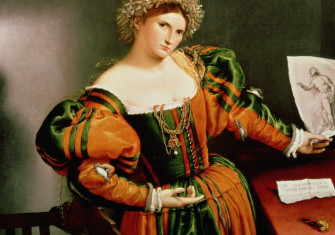 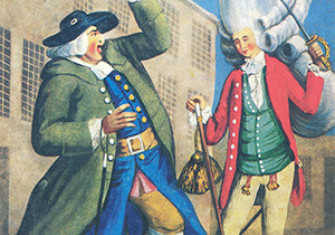