Ghosts and Poltergeists: more common than you think?

The 19th century is rich in ghost and poltergeist cases. 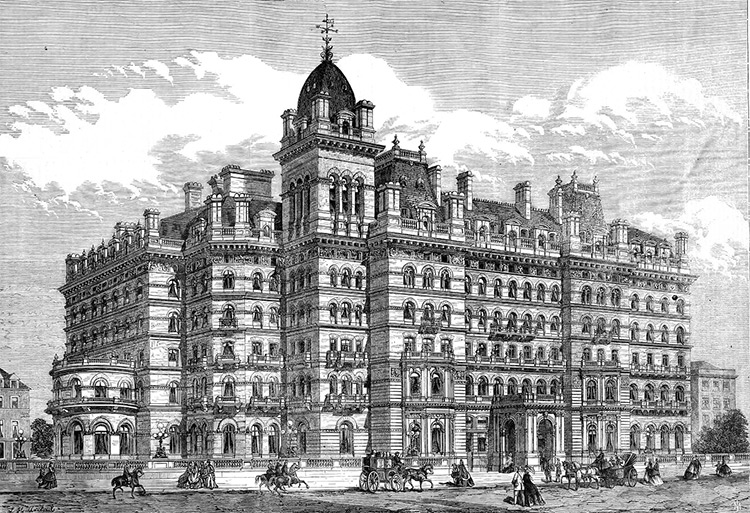 Do ghosts exist? If you had asked me a couple of years ago I would have said no. I assumed at first that poltergeist incidents were the product of human trauma: the unconscious release of pent-up negative energies of one individual, usually aged between around eight and 25, and often clearly seen to be followed by the phenomena, from room to room or house to house. But as time went on the ghost cases got harder to ignore. Most of these featured some degree of poltergeist activity (objects moved or hurled about; untraceable noises; strange lights, and much more) and a surprising number were related to me privately by a wide range of people, some of whom were convinced atheists and many of whom had told the story to very few others beside myself.

The 19th century is rich in ghost and poltergeist cases which are very well detailed and well witnessed – and which, given the technology of the day, must often have been much harder to fake than they would now. Here is one example. In February 1868 a long letter from one Captain G.M. Alldridge recounted the haunting of a ship, HMS Asp, between 1850 and 1857. I recommend reading the full account (available in A Century of Supernatural Stories), but even a brief summary is compelling.

Alldridge tells of how, ‘I have often, when lying in bed at night, heard noises as though my drawers were being opened and shut, the top of the washing stand raised and shut down carelessly … opposite bed places opened and shut, etc’; adding:

I have also very, very often … been sensible of the presence of something invisible about me, and could have put my hand … on it, or the spot where it was, so convinced was I; and all this occurred without me feeling the least alarmed, or caring a bit about it, more than that I could not understand it, or account for what I felt or heard.

If this alleged presence may at first seem rather vague, matters change when Alldridge, asleep, is woken by the quartermaster,

asking me to come on deck, for that the lookout man had rushed down on the lower deck, saying that there was the figure of a female standing on the paddle-box pointing with her finger up to heaven. I felt angry and told him to send the lookout man up on deck again, and keep him there til daylight; but on attempting to carry my orders on to execution the man went into violent convulsions.

Presently, Alldridge heard from a Lawrenny clergyman, Mr Phillips, of how the Asp had previously:

been engaged as a mail packet between … Scotland and … Ireland, and on running one of her trips, and the passengers supposed to have landed, the stewardess went down into the ladies’ cabin where, to her surprise and horror, there lay a beautiful young woman, with her throat cut, in one of the sleeping berths, quite dead, but how she came by her death none could tell, and it was never known.

The mysterious death was hushed up and the ship taken out of service for some years until handed over for surveying duties under Alldridge and his crew. Although sceptical of ghosts himself, Alldridge admitted that: ‘during the successive years that I commanded the Asp I lost several of my men, some of whom ran on being refused their discharge, and others I felt I must let go, who declared that they saw a transparent figure of a female at night … pointing with the finger up to the skies’.

Finally, matters came to a dramatic head when the Asp was brought into Pembroke dock for repairs. During its first night on land,

the sentry stationed near the ship declared that he saw a female mount the paddle-box, holding up her hands towards the heavens, and step on shore; she came along the path towards him, when he brought his musket to with the charge, “Who goes there?” She then walked through his musket, which he dropped, and ran to the guard-house. The next sentry describes the same thing, and he immediately fired off his musket to alarm the guard. The third sentry, placed near the ruins of Pater old church, says he saw the same figure, which mounted the top of a grave in the old churchyard and stood pointing up to heaven until she gradually vanished out of sight.

‘Since that night’, Alldridge adds, ‘the ghost has never been seen or heard on board the Asp, nor sounds or noises as before, and it seems as if the spirit or whatever it was departed from her that night inscrutable to all’.

If you find all this hard to believe, I sympathise. I find it easier (despite having been an atheist since age ten) because I have read and heard many broadly similar stories. But even taken alone, this tale is intriguing. If sailors themselves were notoriously superstitious in those days, Alldridge certainly was not. ‘Much as I was and am a sceptic in ghost stories, I must confess myself staggered and completely at a loss to account for what actually did occur, and never could be accounted for.’ And he seems to have a point. Most of these incidents, across seven years, happened on a ship, either when it was at sea, or at anchor, with no communication to shore. Just who could have hoaxed all these events? To have done so for months on end would have already been a considerable feat: naval vessels are obsessively orderly places, as the phrase ‘ship-shape’ reminds us, and Alldridge makes very clear that he had the exact layout of the vessel in mind when trying to make sense of certain events. But just who could have hoaxed all this across seven-odd years? As Alldridge emphasises, the ship had a far less continuous personnel than most others, precisely because of the terror roused by the apparition.

What else does the story tell us about ghosts? It implies that they can haunt a location (rather than a person, as with certain poltergeists), and can do so even when that location is a mobile one. It also suggests that ghosts can manifest themselves on different levels. The sceptical Alldridge, who takes on the ship jovially dismissing the ghost rumours, hears unaccountable noises over and over again, and ‘very, very often’ is ‘sensible of the presence of something invisible about me, and could have put my hand … on it’. Just a few days ago, stood at the bar in a noisy London pub, I had a friend relate how he was woken one night by the overwhelming sense that someone was in his room. The only way he could describe it, he said, was that, although he could not see anything, he felt the figure thrust its face, suddenly, to within two inches of his own. In the morning when he described his experience to the mother of the house she was quite taken aback. Unbeknownst to my friend, the woman’s six-year old daughter had surfaced for breakfast an hour earlier saying she had seen the figure of an old man outside her first-floor window the same night. Having no idea what ghosts were, she was not at all frightened.

This brings us to another common quality of ghosts. Sometimes they manifest in successive stages (noises; vague shape; clear image of a person), and sometimes they are heard by one person and seen by another. As with my friend’s experience, the person who sees it is often a child. In Hampstead in the 1880s a woman rented a house in which ‘steps pattered up and down stairs in the dead of night; [while] doors, previously locked, unaccountably flew open’, and where, ‘often there was a feeling, even in the broad daylight, that one was being watched … by invisible eyes, touched by invisible fingers’. One November afternoon manifestations grew especially strong as the mother, trying to ignore them, sat reading ‘The Snow Queen’ to her little daughter. Finally unable to bear the sound of footsteps and door handles turning, the woman made an excuse and went into the next room. She found it empty. But, ‘just as she was turning back to the “Snow Queen” and the fire, the child ran towards her. “Why mamma”, she said, pointing to a windowseat on which the stream of lamplight fell brightest, “who is that pretty lady?”’

Notice, incidentally, that again the child is not in the least frightened. This is more than can be said for the men on HMS Asp, with the ‘violent convulsions’ of one reminding us how many grown men and women actually died of fear of ghosts in the 19th century. Come the 20th we still hear of police officers fleeing from poltergeist-infested houses, as Sergeant Brian Hyams admits of his experience at Enfield in the 1970s. In the same decade, we have the veteran broadcaster, James Alexander Gordon, who woke one night in the notoriously haunted Langham hotel building in London to see a strange light which presently took the shape of a man in evening dress. Terrified by the apparition’s piercing eyes, Gordon hurled a boot at it (and indeed through it) before racing downstairs to the commissionaire. Later, several other BBC employees who had used the room admitted to seeing or hearing the ghost.

Much later still, several England cricketers and their wives or girlfriends were quite badly spooked when staying at the Langham in summer 2014. Waking around 1.30am to find his taps repeatedly turning on and off, and with the sense of a presence in the room, Stuart Broad learned that Matt Prior was wide awake and equally unnerved, and ended up sharing Prior’s twin room for the night.

Yet for many people nowadays, talking about ghost experiences is arguably more terrifying than having them. Fear of ridicule is often greater than fear of the supernatural. If you do start asking, you may be surprised what you hear – and often from people you thought you knew very well indeed.

Richard Sugg is Lecturer in Renaissance Literature at the University of Durham. He is the author of The Smoke of the Soul (Palgrave, 2013), and A Century of Supernatural Stories (CreateSpace, 2015). Any real life ghost stories will be gratefully received.