William Huskisson was the first person to die in a railway accident. 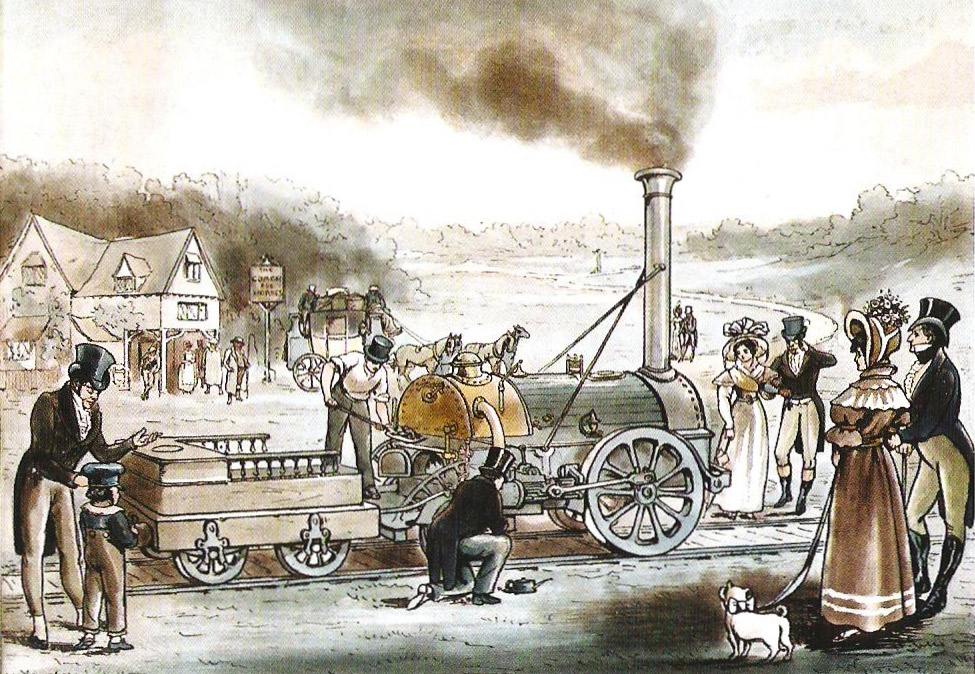 On September 15th, 1830 the MP for Liverpool and former Cabinet minister, William Huskisson, alighted from his carriage on the steam locomotive Northumbrian and became the first person ever to die in a railway accident.

Huskisson was attending the opening of the Manchester and Liverpool railway, along with a number of other dignitaries, and while his train was stopped for water, Huskisson decided to go to greet the Duke of Wellington, who was riding in another part of the train. As he clambered up into the duke’s carriage Huskisson lost his balance and fell into the path of Stephenson’s Rocket, which was proceeding down the adjacent track. It ran over Huskisson’s leg causing severe bleeding and he was placed back on the Northumbrian and driven by George Stephenson himself, to hospital in Eccles, where he died later that day. He was 60 years old.

Here are some other first fatalities.