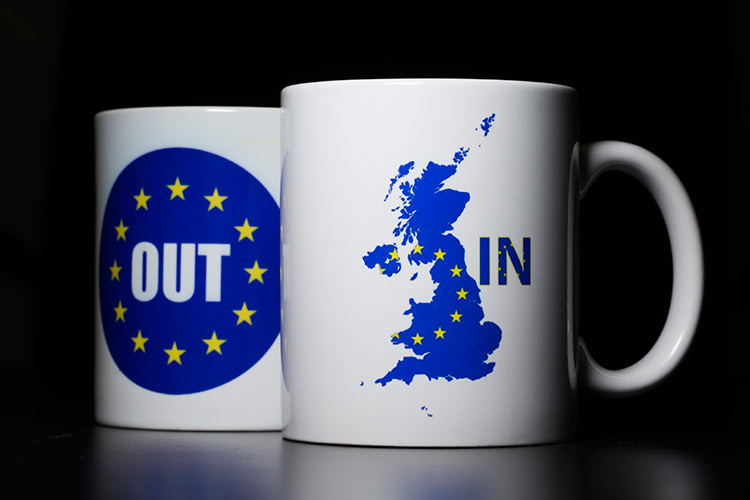 Europe is not the same as the European Union (EU), which is only an episode in the Continent’s history. The two, nevertheless, are frequently treated as if they were identical. It is, however, entirely possible to be a Europhile, in the sense of valuing and engaging with Europe’s cultures, peoples and history and yet be opposed to the EU and thus to Britain’s continued membership of it.

Britain and continental Europe share much. Cultural, religious, philosophical and political movements and ideas have spilled across from one to the other. It would be strange if they had not, given their proximity. Nevertheless, exchanges of this kind are hardly sufficient to justify political union. The histories of Poland and Russia are similarly entangled, but no one would now suggest that they should unite.

The way that ideas have spread in Europe is important. One of the strengths of the Continent has been its diversity. The separate experiences of Europe’s countries have acted as inspirations and warnings to others. The example of British manufacturing in the 18th and 19th centuries, underpinned by the free trade philosophy of Smith and Ricardo, overturned the regulatory and protectionist regime that prevailed across much of Central Europe. Bismarck’s early welfare state and Swiss federalism had their own emulators. Across large parts of Europe, the lesson of the French Revolution stimulated the politics of conservatism and of gradual change.

The high modernist ideology that underpins the EU is predicated on the erosion of differences between countries. It would seek to impose single solutions that are blind to complexity and inimical to the sort of local experimentation that has been one of the driving forces in European history. Not only, therefore, are the EU and Europe different things, but by putting its stress on political, economic and social convergence, the EU may also be antithetical to Europe’s dynamic.

The history of multinational ventures in Europe is not a good one. Over 400 years, the Habsburg Empire was unable to cement a workable enterprise. It only held together in the 19th century by striking bargains between the various national groups and by keeping them all, in the words of one Austrian prime minister, ‘in a condition of even and well-modulated discontent’. It is the same in the EU today. The European Council brokers between national governments. ‘European policy’ is not European at all, but an amalgam and compromise between contending national policies.

The Habsburg Empire was not alone in being divided by local identities. Before Bismarck, the German lands were split between states with their own different political complexions, religious affiliations and regional allegiances. They were successfully brought together after 1870 because a larger pan-German sense of belonging had taken root, having been actively promoted in literature, folklore collections and scholarship. In the German lands, poets, historians and lexicographers made political union possible.

France went down a different route in the 19th century. At its start, less than half of France’s population spoke French. The Marseillaise, sung in 1792 by volunteers from the Provençal south, was incomprehensible to most Parisians. Over the course of the century, the French state made a nation of French people, coercing a sense of national belonging and a single language through the schoolroom, bureaucracy and army. A similar pattern of cultural impressment took place in 19th-century Bohemia. Peasants from Moravia and Austrian Silesia were made into Czechs.

A political union will prosper only if its peoples feel a common sense of belonging that makes them willing to make sacrifices for one another. This is lacking in the EU: Germans will not make financial sacrifices for the Mediterranean countries; other states put up barriers to keep migrants on their neighbours’ soil. Without the ambitious cultural project on which German unity was built or the drive towards cultural homogenisation undertaken in France, the EU will remain a discordant assemblage of competing national voices, unwilling to share burdens.

So the EU offers the worst of both worlds. Its regulatory regime and policies of convergence threaten Europe’s historical experience of learning through diversity. Yet the European Union lacks the cultural underpinnings to construct an enduring political union, based on a sense of common identity. To adapt the satirist Karl Kraus’ verdict on the Habsburg Empire, it has already become a grand experiment in failure.

Richard Overy is Professor of History at the University of Exeter.

In the current wave of anniversaries commemorating the two World Wars it is striking how much emphasis there has been on Britain’s contribution to the process of building a free and liberal Europe. It is an important component of contemporary British identity that its soldiers, sailors and airmen fought and died not just to defend Britain, but to ensure that all Europeans should share the prospects of greater economic security, an end to tyranny and a common democratic culture. This was the ideal, popular with broad elements of Britain’s wartime population, which accepted the sacrifices made if the promise at the end of the war was a continent cleansed of nationalism, racism and political repression.

The historical reality was rather different. Britain’s liberal credentials were compromised by the existence of an Empire in which the freedoms fought for in Europe in two world wars were denied to non-white peoples. British identity until the middle of the last century was schizophrenic: one part composed of the belief that British political evolution represented the progressive development of a free and tolerant society, the other composed of popular memory of centuries of warfare, violent imperialism and national self-assertion. The post-1945 order saw the rapid eclipse and disintegration of the imperial project for Britain and all the other European empires, changing forever the nature of Britain’s place in Europe and of British identity. Then the wartime ideal of liberating Europe was undermined by the coming of the Cold War, which divided the continent once again into rival blocs, potentially as dangerous as the ideological confrontations of the 1930s. Few people looking forward from 1945, or even 1985, would have imagined a continent-wide European Union in which national, ideological and racial rivalries had been transcended in a common commitment to shared, economic, social, cultural and security interests.

Britain is an essential element of that new Europe. That strand of historical identity which emphasised Britain’s place in encouraging the development of parliamentary institutions, economic freedoms and a tolerant, liberal society is the one that matters, not the memory of military and imperial glories, or the belief that there is something historically unique or special about Britain’s past that separates its experience from the rest of Europe. If these values were worth fighting for in ten years of bitter warfare in Europe between 1914-18 and 1939-45, they are worth defending in today’s Europe. But that can only be done from the inside. British involvement in Europe is not solely about this or that economic advantage. It represents a commitment to ensuring that the narrow nationalism, ideological divisions, imperial jealousies, economic rivalry and overt racism that plagued the emergence of modern Europe from the late 19th century will never be repeated.

The referendum debate has focused too much on economic fears or advantages that remaining in or leaving might bring. The European project is much more than the sum of its economic, social, medical and security components. Some of those strands that undermined European societies in the 20th century – a self-interested nationalism, racism, social intolerance – are never far below the surface. A British presence in Europe is about ensuring that the core values of free and liberal societies are protected by common endeavour, not as before through occasional violent intervention. The EU is not a perfect system, though it is infinitely preferable to the way Europe looked for much of the last century. But rather than struggling to avoid any commitment to making that union better by leaving it, Britain can sustain that strand of its identity built on its liberal and democratic past by working within the EU to achieve reforms that reflect those traditions.

A British withdrawal from the EU can only be interpreted from outside as a rejection of those traditions, a desire to reinstate a narrow national self-interest in place of a collaboration that has displaced centuries of conflict, a wish to wallow in a sentimental and ahistorical image of Britain’s past and a rejection of the belief embedded in the current wave of military commemoration that Britain had, and still has today, something positive to contribute to the evolution of modern Europe.