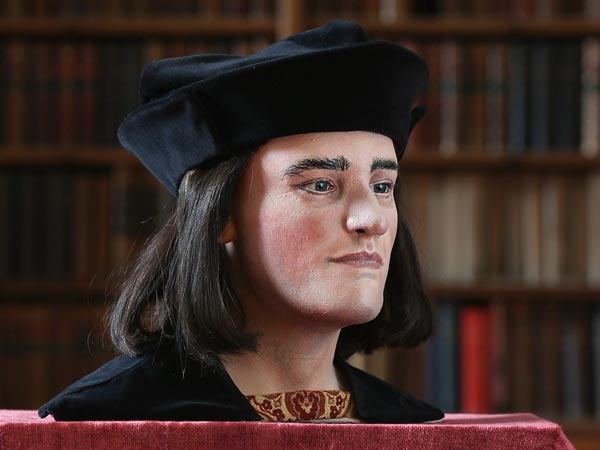 The discovery of the remains of Richard III is an archaeological find of the highest importance and the University of Leicester richly deserves its moment of glory. Much less deserving is the Richard III Society, who, predictably, are proclaiming the find as vindication of their long campaign to rehabilitate their hero. It is nothing of the sort.

For years the Society has protested that the idea of Richard as a hunchback with one shoulder higher than the other was pure propaganda by the Tudors. We now see that the Tudor propagandists (and indeed Sir Laurence Olivier) were entirely right: Richard had severe distortion of the spine and a shoulder markedly higher than the other. Tudors 1; Ricardians nil.

The Society has long claimed that the famous portrait of Richard III in the National Portrait Gallery is a piece of wicked Tudor propaganda designed to make him look evil. The reconstruction of Richard's face from his skull shows that the portrait is in fact a remarkably good likeness. Tudors 2; Ricardians nil.

The Society is always claiming that Richard was a popular, much-loved King. The bones cannot be expected to prove this one way or the other, but the evidence of a knife thrust into his corpse's backside does not appear to suggest that Richard's passing was mourned by those on the scene: it contrasts sharply, for example, with the reverence with which Charles I's body was treated after his execution. Not conclusive, I grant you, but judging strictly on the evidence of the bones: Tudors 3; Ricardians nil.

Philippa Langley of the Richard III Society said on seeing the face, "It doesn't look like the face of a tyrant. I'm sorry but it doesn't." Well, I'm sorry, but my first thought on seeing the face was that I have never seen such ruthlessness in a human face in my life. We'll call that one a draw.

Unsurprisingly, the Richard III Society is now keen to have a DNA test on the boys' bones discovered in the Tower in the seventeenth century and generally thought to be those of the Princes in the Tower, in order somehow to "prove" that Richard didn't kill them. Any such test would of course prove nothing of the sort, but evidence and reason never seems to trouble the Ricardians for long: their reasoning is always along the lines of, "It must have been", "He can't have done". So, let me put the counter-case in similar vein. The York family were, without exception, ambitious and ruthless. Their father rebelled against Henry VI, captured him and forced himself into the line of succession, excluding the actual heir to the throne; Richard's brother Edward overthrew Henry VI twice, humiliated him and had him murdered in the Tower; Richard moved against his own nephews and stole both the throne and the succession from them. To have had them murdered was not only the most obviously sensible course of action, but it was entirely in keeping with his own character and that of his family.

Still in one thing, the Richard III Society is entirely right: the history books will indeed have to be rewritten. We will have to treat those Tudor propagandists with renewed and much deeper respect.