The veteran diplomat Sir Balthazar Gerbier addressed a short treatise to Prince Charles in June 1648, explaining why things had gone so badly wrong for the Stuarts. The dynasty, he noted, had been beset by dangerously scandalous tracts penned by ‘spirits of Delusion’. He thought that among those ‘Libels’ was ‘one more Eminent than the rest’, a short tract from 1626, in which an ‘inraged Scotsman, Eglesham, a professor of Phisick’ had made ‘a report of the practice of Poisoning in the Court of England’. At first glance, it seems puzzling that, at the height of the crisis of the English Revolution, Gerbier’s attentions should be focused on a pamphlet that was now more than two decades old. Modern scholars have scarcely noticed George Eglisham’s The Forerunner of Revenge. Its most sensational allegation – that the king’s favourite, George Villiers, Duke of Buckingham had poisoned James I – seems preposterous. Yet Gerbier believed that Eglisham, that ‘inraged Scotsman’, had inflicted serious damage on royal authority and that he was continuing to do so years later. 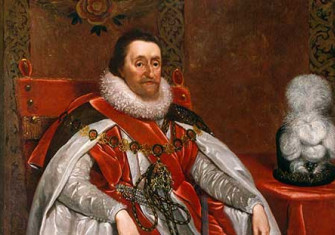 James I and Charles I: King versus Commons 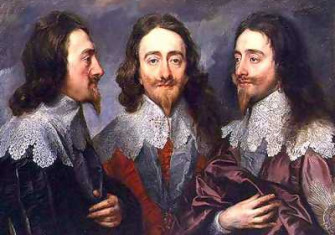