The True Face of Witchcraft

While 16th- and 17th-century English pamphleteers portrayed those accused of witchcraft as impoverished and elderly, court records suggest that it was just as likely to be powerful women who stood trial. As Henry Goodcole, chaplain at Newgate prison, left the latest hanging at Tyburn in 1621, he heard ballads about the executed witch already being sung in the streets of London: ballads which, he said, were full of inventions. He knew the facts about poor old Elizabeth Sawyer (‘crooked and deformed’) and he wrote a pamphlet setting these out. His ‘facts’, however, were mostly acquired not from the evidence presented at the trial, but from interrogations which he had conducted himself in the prison chapel after she had been convicted of murder by witchcraft. His interrogations started with the question: ‘By what means came you to have acquaintance with the Devil?’ and continued in the same vein. She confessed to him that she had sold her soul to the devil. But he admitted that it was only ‘with great labour’ that he got a confession out of her at all.

Goodcole was convinced of Sawyer’s guilt, yet neither the judge nor jury had been so sure. It was only after the examining magistrate suggested that the woman be searched for witch’s marks – signs that familiar spirits had sucked on her body as a reward for committing evil deeds – that the jury found her guilty, convinced by what the searchers had found.

Goodcole had a line in sensationalist pamphlets about notorious crimes. His bestseller was Heavens speedie hue and cry sent after lust and murther …, which went through three impressions. His pamphlet about Sawyer became the source for a play by Dekker, Ford and Rowley, published the same year, The Witch of Edmonton. 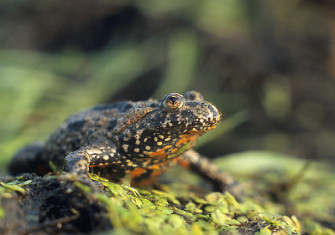 Toads: The Biochemistry of the Witches' Cauldron 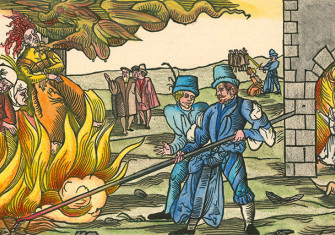