John Burrows presents this month’s Today's History feature to coincide with the birth of N.F.S. Grundtvig, the Danish political reformer and father of further education.

Most readers, if asked to mention the name of an outstanding Dane of the last century, might refer to Hans Christian Andersen. If pressed further they might recall the distinguished philosopher, Kierkegaard, but very few would have heard of Grundtvig. They might well think that he had something to do with hi-fi equipment instead of recognising him as the maker of modern Denmark and the pioneer of a unique educational institution, the folk high school.

The Danes have lately been celebrating the bicentenary of his birth, an event that was unnoticed by that chronicler of anniversaries, The Times, when they omitted his name from their issue for September 8th, 1983. That he is still unknown in Britain may be the result of the unavailability of most of his voluminous written output in English (his published and unpublished work would extend to 150 volumes). Fortunately we now have an excellent anthology of his writings and an equally timely assessment of his life and work entitled N.F.S. Grundtvig, Tradition and Change. 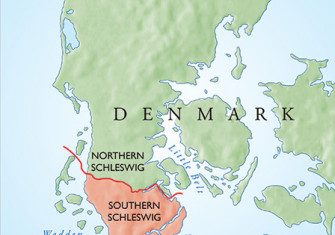 1864: Germany, Denmark and the Rise of the Nation State