The third President of the United States had been the first American Minister in Paris; Stuart Andrews describes how, to the end of his life, he was a faithful disciple of the French Enlightenment. 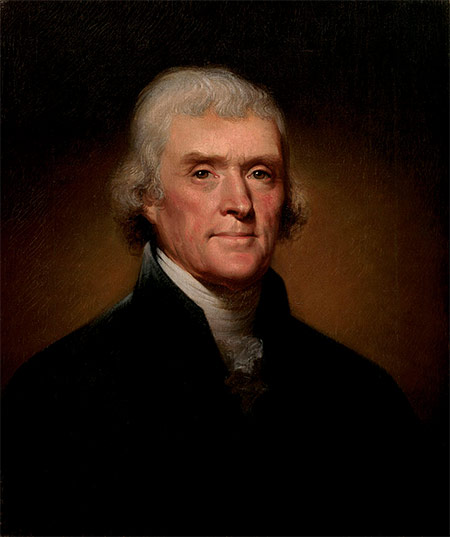 In April 1962, when President Kennedy was entertaining the American Nobel Prize-winners with a dinner in the White House, he remarked to the assembled company that he saw before him ‘probably the greatest concentration of talent and genius in this house except for perhaps those times when Thomas Jefferson ate alone’.

Seventy years ear Her a young professor of jurisprudence and poUtical economy at Princeton University, later to become President of the United States, excluded Jefferson from his Calendar of Great Americans on the ground that ‘Jefferson was not a thorough American because of the strain of French philosophy in his thought’.