The Strange Case of the Chevalier d’Eon

In the mid-18th century – at the height of the power struggle between France and England and the political ferment of both nations – a French spy with a peculiar personal agenda came to prominence in London. Jonathan Conlin tells his story. 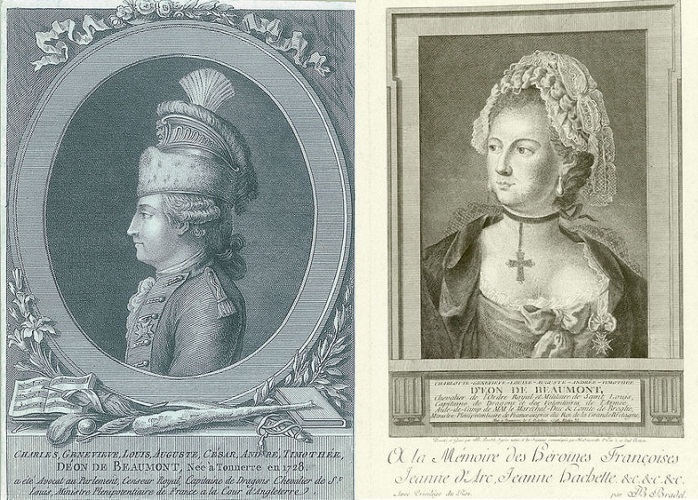 On July 14th, 1775, a 43-year-old adventurer and playwright, Pierre Caron de Beaumarchais, wrote a letter to the Comte de Vergennes, foreign minister to Louis XVI of France. The future author of The Marriage of Figaro (1784) was in London, sent there by the French king on a secret mission to negotiate the return of a rogue spy: the Chevalier d’Eon. Beaumarchais may have been chosen to deal with the Chevalier because he was considered disposable: someone who could write plays in which humble valets run rings round noblemen could easily be dismissed as a fantasist if things went public. However, he clearly relished his new role.