In 1812 the poet Percy Bysshe Shelley and his wife, Harriet, travelled to Dublin to assist the Irish cause and promote revolution. Eleanor Fitzsimons explains how the harsh realities of the experience swiftly shattered their juvenile idealism. 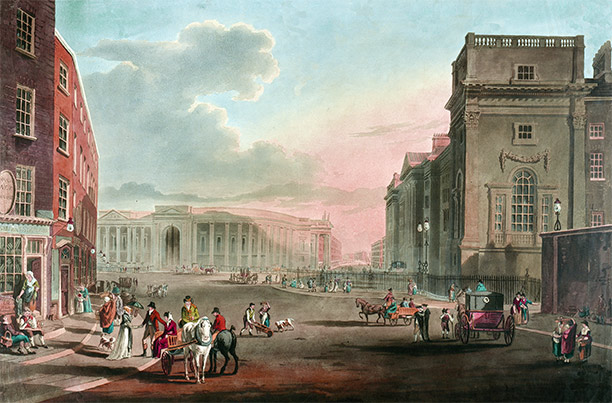 On February 12th, 1812 a galliot carrying slate from quarries on the Isle of Man ploughed through the inhospitable stretch of water that lay between its home port of Douglas and the city of Dublin. As the sturdy vessel swung around the island, squally winds shifted direction and whipped up the Irish Sea, one of the roughest stretches of navigable water in the world. Buffeted by towering waves and blown miles off course, the vessel landed far to the north of its intended destination. Twenty-eight hours had elapsed since it had set sail. Among the passengers that disembarked, thoroughly shaken by the experience, were 19-year-old Percy Bysshe Shelley, his 16-year-old wife Harriet and her sister Eliza, who was considerably older than both at 29. The trio continued their journey by coach, reaching Dublin long after darkness had descended.