How the societies that the Black Death affected were set on a path to global expansion.

The Black Death is back in fashion. At the turn of the 21st century, Anglophone historians tended to downplay its impact, which first hit Europe in the winter of 1347-48 and recurred frequently for at least the next two centuries. But over the last two decades DNA analysis has proved the role of plague bacterium (Yersinia pestis) in causing the pandemic while attention to documentary sources has revised mortality rates upward, back toward the 50 per cent or even 60 per cent mark. And, of course, Covid-19 has sensitised historians to a pandemic’s ability to turn the world upside down.

How renewed attention to the Black Death will shape accounts of the plague centuries or those that followed it is not yet clear, but James Belich’s massive book raises some excellent questions, even if not everyone will accept its maximalist interpretation. As the title suggests, The World the Plague Made argues that the Black Death was the key factor in setting the societies that it affected on a path to global expansion and ultimately global dominance in the centuries that followed. As the author quips, the answer he gives to Michael Mitterauer’s famous question ‘Why Europe?’ is ‘Y. pestis’.

Belich traces global developments over the half millennium that followed plague’s onset in West Eurasia. He argues that the reason for the ‘Great Divergence’ between the historical trajectories of West Eurasia relative to other places, especially China and India, is that the former experienced the Black Death while the latter (he argues) did not. In the plague period (1350-1500), when ‘population halved and everything else doubled’, living standards rose while labour shortages favoured the development of new technologies. When the population began to grow again around 1500, the end of this ‘golden age’ pushed these ‘plagued’ peoples to expand their trading networks – and often their political footprints – in order to maintain the higher quality of life to which they had become accustomed. This expansion was made possible by new technologies, especially in shipping, weaponry and administrative techniques, developed during the ‘plagued’ centuries after 1350.

To its great credit, the book is packed with extensive and detailed information about developments from across the globe and it pays particular attention to what it calls ‘the Muslim South’, showing that expansion was not a white, Christian, or even European monopoly until very late in the game. (It is a shame that the extensive bibliography is, with two exceptions, entirely in English, meaning that while it draws on scholarship about most areas of the globe, it does not always draw from them.) Ranging from the development of Italian silks to Indian sepoys, almost everything that happened in Eurasia over the course of five centuries seems to make an appearance in this truly sweeping and fascinating account of globalisation avant la lettre. The World the Plague Made is a monumental book that will be required reading for anyone interested in the transition to modernity and it offers much food for thought about the methodology of ‘global history’ and history over a longue durée.

Writing a book of this scope is a brave venture, not least because specialists are bound to quibble with specific interpretations like so many flies landing on an elephant. I share the author’s impatience with such pedantry, but I cannot let pass without comment a major element of its argument: the claim that there was a post-plague ‘golden age’ for common people, an age whose end drove European expansion. Most late medieval Europeans did not think that they were living in a golden age – to the contrary – and their complaints were well founded. An important contributor to their misery was that the plague destroyed the tax base to such an extent that even increased prosperity could not counter the effects on state revenues. Authorities’ main recourse was to tax harder, collecting more ruthlessly and from people previously considered too poor to pay. Medieval taxation, always regressive, became even more so after the plague. The plague’s onset certainly coincided with a rise in luxury consumption and with the medieval military revolution, but these expensive pastimes only made fiscal requirements more urgent.

The reduced population’s inability to support warfare and the exemptions carved out for luxury-loving elites often lay behind the popular revolts that Belich attributes to wage fixing, an explanation now mostly discarded. What most Europeans experienced in the century or so after the Black Death was a rise in inequality and a sense that the game was rigged in favour of social and political elites engaged in costly wars and luxury pursuits. For them, that was the world the plague made.

The World the Plague Made: The Black Death and the Rise of Europe
James Belich
Princeton University Press 640pp £30
Buy from bookshop.org (affiliate link)

Justine Firnhaber-Baker is Professor of History at the University of St Andrews. Her most recent book is The Jacquerie of 1358: A French Peasants’ Revolt (Oxford University Press, 2021). 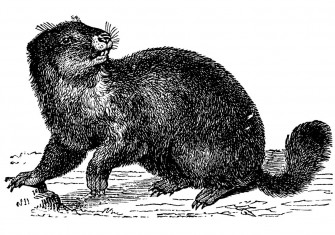 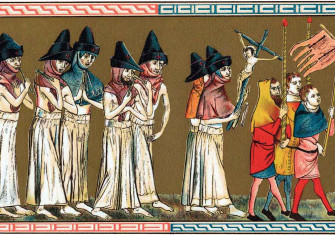