The industry, enlightenment, history and soft-power of Birmingham.

Birmingham Museum and Art Gallery was home to an exhibition in 2019 far removed from the Pre-Raphaelite paintings and Victorian tea rooms for which it is famous. Black Sabbath: 50 Years celebrated the once derided, now lauded, quartet from Aston that invented heavy metal, Britain’s world-beating indigenous musical genre. Along with the global popularity of the TV series Peaky Blinders, the seemingly infinite ubiquity of the Tolkein franchise and the success of the recent Commonwealth Games, it was evidence of the considerable soft power wielded by a city many find hard to like.

Richard Vinen, in his combative and enjoyable Second City, goes out of his way to understand the history and identity of his native city and to reveal its mysteries to outsiders. The city has its admirers, especially among those bored by the sentimental self-regard of prettier, prissier places. Jonathan Meades, for example, admires the city’s ‘aptitude for substance over cosmetic style’, its ‘self-deprecating, unboastful, and peculiarly ironic humour’, and – trigger warning – its accent: the closest we have to the English of Shakespeare, who knew the northern reaches of the Forest of Arden on which Birmingham was sited. Meades suggests you declaim Polonius’ ‘Neither a borrower nor a lender be’ in Brummie.

Vinen, a modern historian, is brief in his survey of the city’s deeper past. Birmingham’s identity – and consequently, Vinen argues, Britain’s – was forged, literally, in the 16th and 17th centuries, at the centre of a trading and manufacturing network built on iron and coal from its hinterland. Long a centre of non-conformity – a Brummie, John Rogers, compiled the first authorised edition of the Bible in English and was martyred for his sins in 1555 – it became the arsenal of the Parliamentary forces during the Civil Wars. Inevitably, when Charles II was restored, non-conformism came under fire. But the Act of Uniformity of 1662 and especially the Five Mile Act that followed, banning dissenting ministers from within five miles of a borough, had no effect on thriving Birmingham, as it had no remit in a town unincorporated. It became a haven of dissent.

The Industrial Revolution in Birmingham and its hinterland was different from that experienced by the north of England. In Manchester and its environs it was about textile manufacture on a grand scale, which chewed and spat out a low-paid, low-skilled workforce. Engels would have had a very different analysis of class dynamics had he lived in Birmingham, which preferred highly skilled, highly paid specialists to practise its ‘1,000 trades’. In the 100 years after 1750 Birmingham registered three times the number of patents of any other British settlement. Matthew Boulton’s Soho Manufactory, where he teamed up with Scotsman James Watt to produce the steam engine, became central to British manufacturing prowess. At the same time Birmingham became a focus for the British Enlightenment, centred on the Lunar Society, which met in Boulton’s Soho House. Among its luminaries were Watt and fellow dissenters Erasmus Darwin, Joseph Priestley, Josiah Wedgwood and Joseph Day, who wrote the anti-slavery tract The Dying Negro in 1773.

Vinen hits his stride when he tells the history of Birmingham over the last 150 years. It did not become a city until 1889, when it was already the dynamo of late Victorian Britain, ‘the best run city in the world’ thanks to its charismatic mayor and MP, Joseph Chamberlain. A self-made dandy, whose fortune derived from screws, he brought gas, electricity and sewage – the latter an obsession – under municipal control.

Having contributed the Spitfire to Britain’s war effort, Birmingham’s immediate postwar years were a golden age: immigration soared, especially from the Caribbean and Indian subcontinent – a quarter of today’s population is of Asian heritage – though many faced outrageous prejudice, documented unflinchingly by Vinen. The boom lasted until the 1970s, by which time the average wage in Birmingham surpassed even that of the City of London. But, in an act of gross stupidity, successive British governments decided the West Midlands should be ‘levelled down’ – too many people wanted to live there, damaging the potential of other, less industrious cities – and so its expansion was neutered.

The assault on manufacturing that began in the early 1980s hit Brum hard; stifled by national government, it had become far too dependent on its troubled car industry, which collapsed. Unemployment, seven per cent in 1979, rose to 20 per cent just three years later. In curing the disease of industrial strife, the Thatcher government all but killed the patient, though Birmingham revived to become one of Europe’s youngest cities, with a renewed emphasis on finance – both Lloyds and the Midland Bank (now HSBC) were founded there. Birmingham is, Vinen concludes, like its more affluent citizens, ‘self-made’, a one-off. He has done an excellent job in revealing the neglected past of the refreshingly unsentimental, self-deprecating Second City whose motto could only be ‘Forward’.

Paul Lay is author of Providence Lost: the Rise and Fall of Cromwell’s Protectorate (Head of Zeus, 2020). 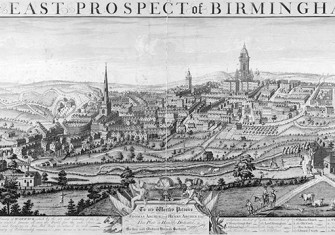 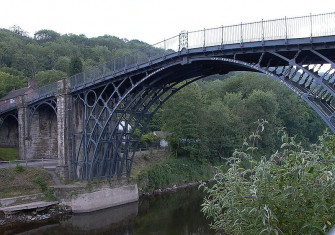