A panoramic portrait of Józef Piłsudski, the man who ‘towers over modern Poland’.

Reminiscing about his childhood decades later, Józef Piłsudski recalled that ‘sometime between the ages of seven and nine … I decided that if I am still alive at the age of fifteen … then I would lead an uprising and throw out the Muscovites’. Most young people grow out of their youthful urge to heroism, but not Piłsudski.

Few historical figures are as undeservedly forgotten in the English-speaking world as Piłsudski, who resurrected Poland on the map of Europe after 123 years of tripartite partition. Joshua D. Zimmerman’s biography is long overdue. Balanced, meticulously researched and very well written, it provides a panoramic portrait of the man who towers over modern Poland, warts and all. Of those warts, the largest is his dramatic coup d’état in 1926 and subsequent authoritarian rule which lasted until his death in 1935.

His later authoritarian turn is somewhat odd considering the democratic ideology he espoused over many decades, as well as the actions he took as the founder of the Second Polish Republic, but not entirely a surprise considering the sheer force of his personality and the tumultuous years in which he ruled. Piłsudski was born into a landed gentry family in 1867 in the small village of Zułów, not far from today’s Vilnius, then a part of the Russian Empire. More importantly for Poles, it was part of one of the three Partitions. In the late 18th century, Russia, Austria and Prussia had cynically divided the Polish-Lithuanian Commonwealth among themselves in a series of annexations that wiped Poland off the map of Europe entirely.

Raised on romantic stories of brave Polish patriots fighting to restore their lost homeland, Piłsudski became a proud patriot from a young age. In his youth, he also became a convinced socialist along with his older brother Bronisław. After being caught up in the same plot that saw Lenin’s older brother, Aleksandr, condemned to death, the Piłsudski brothers were both arrested and sent to a long exile in Siberia.

And so Piłsudski spent his youth in the depths of Siberia, where the only breaks from the loneliness and monotony of the frozen landscape were to be found in books and acquaintances with other exiled socialists. Upon returning from exile at the age of 25, his convictions had only hardened and he became a leader of the clandestine and illegal Polish socialist movement in the Russian Empire.

His agitation not just for social revolution but for an independent Poland brought him fame. He evaded arrest for years before being caught, along with his party’s secret printing press, in 1900. His capture was short-lived, however. He managed to escape by feigning insanity and settled in Kraków in the Austrian Partition.

From there, he slowly became disillusioned with the course of Polish socialism, increasingly coming to believe that only a proper army could liberate Poland from its partitioned state. He began to obsessively read about military affairs, studying recent and historical wars in detail that impressed those around him. With no military experience whatsoever and no state called Poland on the map, Piłsudski set about forming a Polish army.

It began in the Austrian Partition as a Rifleman’s Association, then grew into a militia and eventually a real army. On the eve of the First World War, Piłsudski presciently predicted exactly how a war between the great powers would play out. Germany would defeat Russia militarily and then succumb to the materiel strength of the Allies. He initially fought alongside the Central Powers but, after acting far too independently, was arrested again, this time by the Germans.

In late 1918, two German officers visited Piłsudski and told him he was free. The war was coming to an end and Polish independence was becoming reality. Piłsudski was given dictatorial powers and used them to establish a parliamentary democracy. At the same time, Poland’s boundaries were insecure on all sides. It took a war with the Soviets, in which Piłsudski’s defence of Warsaw was dubbed the ‘miracle on the Vistula’, to secure its eastern boundary.

State building was no easy task. Poland was a bitterly divided country. Piłsudski’s ideology was federalist and multinational, his lifelong desire being a revival of the Polish Lithuanian Commonwealth in which Jews, Poles, Lithuanians, Ukrainians and others could all enjoy equal rights and representation in a grand federal state. His political rivals instead envisioned a narrowly ethnic Polish and Catholic Poland and never forgave Piłsudski for his philosemitism.

Five days after assuming office, Poland’s first elected president (supported by Piłsudski) was assassinated by a right-wing painter. The nationalist press celebrated the event, while Piłsudski’s belief in parliamentary democracy faltered and he went into political retirement.

By 1926, he not only did not believe in the parliamentary democracy he had created, but believed it was leading the country to ruin. In a bloody coup d’état that left hundreds dead, he retook control of the country. Those close to him said he was never the same afterwards and his international reputation suffered.

Unlike George Washington, he never had the luxury of stepping down from politics and watching the country he had built flourish. The Second Polish Republic never quite found its footing, Piłsudski’s stint of authoritarian rule being one of many troubled stages in the state’s short existence. After his death in 1935, the country stumbled head first into a brutal cataclysm in which Poland was once again wiped off the map by Nazi-Soviet partition before being revived by Stalinist decree in a form that no longer included any minorities but included large swathes of territory that had hitherto been German.

Today’s Poland is unrecognisable from the Poland Piłsudski built, but it is a Poland, nonetheless. Generations upon generations of Poles from across Europe dreamed that their homeland would one day be free, and Piłsudski made the dream of his nation a reality. For this, he is unlikely ever to be forgotten. 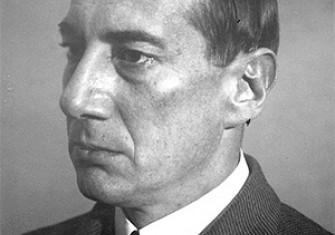