Neither a Borrower Nor a Lender Be

What sort of society produced Shakespeare? 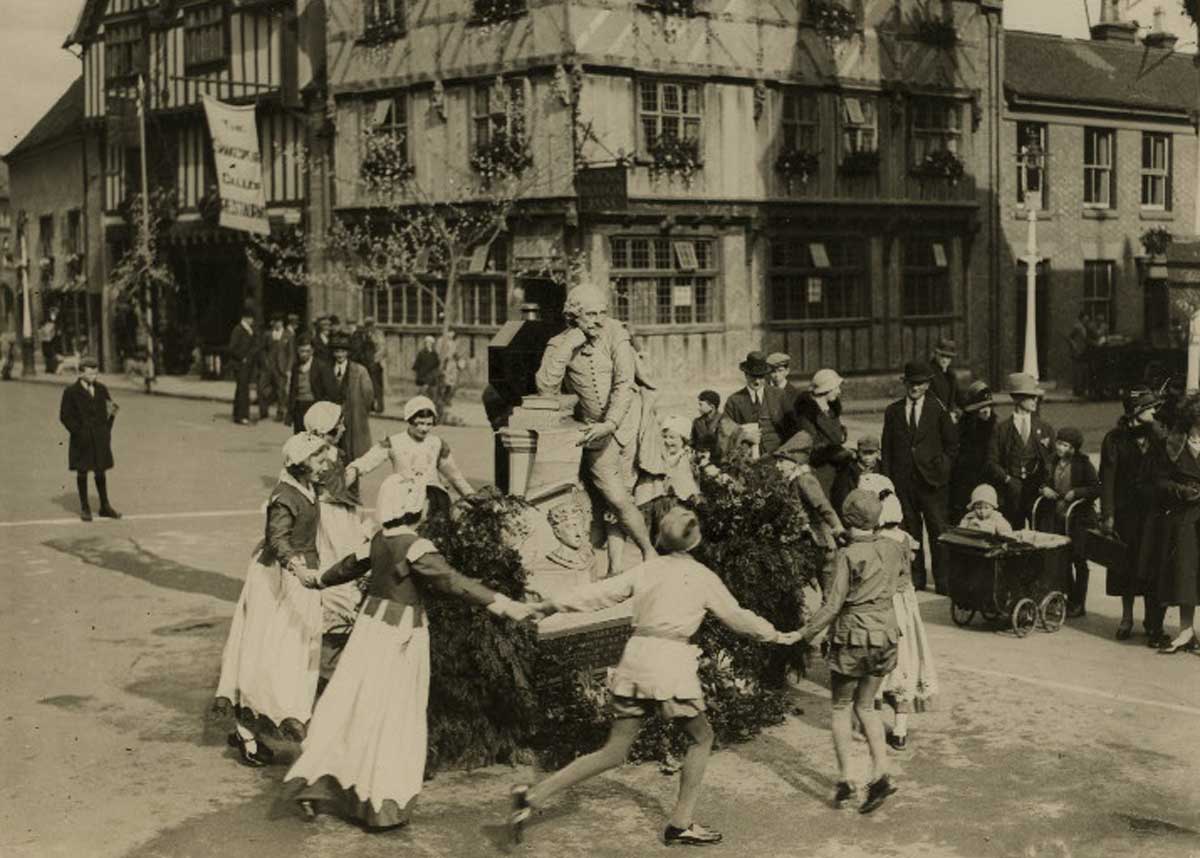 How did Elizabethan England produce someone like Shakespeare? Glyn Parry and Cathryn Enis look for answers in the politically charged and financially precarious world of Stratford-upon-Avon. Life here in the 1570s and 1580s shows how legal administration, family ties, credit networks and political experiments in ‘public history’ shaped Shakespeare’s imagination.

The Dudley brothers were powerful courtiers, who exercised a hands-on approach to governance in Warwickshire. When riots brought disagreements to a head in 1578, the Dudleys ramped up existing animosity towards one of the leaders, the local gentleman Edward Arden, and his family, the Somervilles. Their dogged legal pursuit resulted in ‘trumped-up treason charges’ and eventually led to Arden’s execution, his son-in-law’s suicide and the protracted seizure of their goods, debts and estates to the crown.

A new and detailed account of the motives and machinations behind the Arden-Somerville trial – and what it says about Elizabethan statecraft – forms the bulk of the book’s narrative. Around the edges of this story other intriguing insights emerge. Both the Ardens and Somervilles were tied into Stratford life. Their downfall had direct consequences for Shakespeare’s father, John, as well as for his friends and neighbours, as they were bound up in loan agreements with the disgraced gentry family. Newly discovered documents demonstrate how his battles with the Exchequer were prolonged over nearly a decade, part of a dodgy informer system whose spies sought (and achieved) financial gain and social elevation at the expense of middling men like John Shakespeare.

The precariousness of all-important credit and reputation coincided with intensified government ‘policing’, allowing Parry and Enis to puncture myths about the Shakespeares’ Catholicism. There are practical reasons, for instance, why a man wanted for debt might avoid church in 1592, as John did. They also look past inconclusive kin connections with the Ardens and instead tie the families together by credit, local news and William’s wife Anne Hathaway’s family network.

The book wisely leaves connections with Shakespeare’s drama at a vague and thematic level. One such theme lies in the Dudleys’ use of ‘public history’ and transformation of local memory, which forms a powerful understanding of the past’s manipulation in the service of national and personal mythologies. Writing oneself, creatively, into history was not the preserve of the national elite. It was also central to the Shakespeares’ ‘flimsy’ application for their own coat-of-arms – a widespread practice among ambitious middling families across the period.

There is no doubt that provincial experience is key to understanding Elizabethan culture. The credit crises, schemes, scandals and political and historical myth-making laid out in this book impressively contextualise Shakespeare’s early years. Such experiences were felt by young men and women across the country and in turn fed into the period’s creative and economic developments. Indeed, the book’s archival discoveries are a salient reminder that, just as much as prominent events or famous individuals, history so often turns on legal paperwork, local administration and the ordinary lives of their subjects.

Callan Davies is a research fellow at the University of Roehampton.