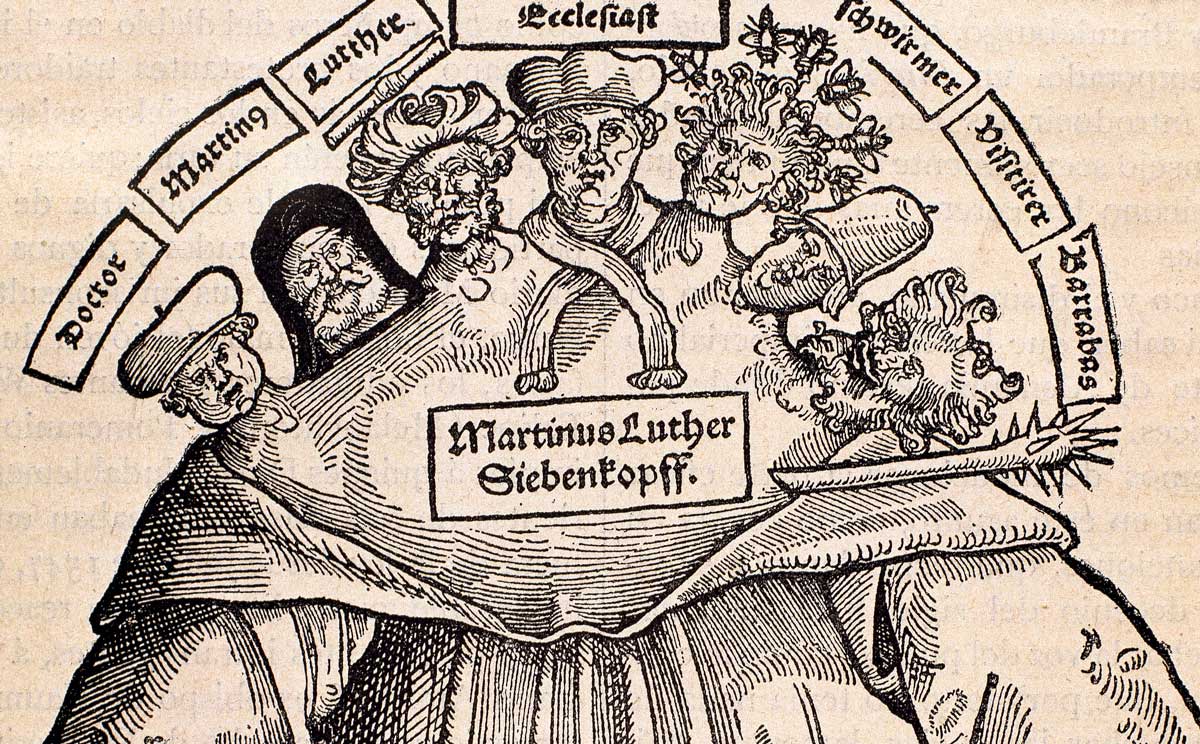 Martin Luther, one of the towering figures of German history, was, Lyndal Roper tells us, ‘a man who truly pondered pigs’. One of the achievements of this wonderfully stimulating collection of essays is to close the gap between Luther the man, who lived alongside swine and knew their habits well, and Luther the thinker, who repeatedly used the metaphor of the sow in his antisemitic writings to devastating effect. Roper, the Regius Professor of History at Oxford University, argues that to truly understand Luther’s theology and rhetoric, we need to understand the experiences and emotions that shaped his thought. And we need to acknowledge not only his intellectual brilliance, but also his considerably less admirable qualities, in particular his narcissism and aggression.

As the author of a highly acclaimed biography, Martin Luther: Renegade and Prophet (2016), Roper played a prominent part in the 2017 celebrations of the Reformation’s quincentenary. This essay collection is framed in part as a reflection on her journey through Germany’s ‘Luther Decade’, a juggernaut of commemoration. It opens with an account of a discussion of Luther’s antisemitism that followed a lecture Roper delivered from the reformer’s Wittenberg pulpit and ends with a thought-provoking analysis of the successes and failures of the anniversary. Here Roper offers a powerful critique of missed opportunities: of the silencing of the more radical aspects of Luther’s message and of the neglect of the unruly offspring that his ideas produced, for example during the Peasants’ War (1524-25). The anodyne nature of much of the 2017 commemoration – and its tendency to reanimate the heroic cult of Luther – was summed up in ‘the largest piece of kitsch’ produced for the celebrations: Yagedar Asisi’s Wittenberg Panorama. Costing four million euros to construct, this giant walk-though exhibition encouraged visitors to experience the Reformation as a new dawn, with Luther as its prophet.

The essays show what makes Luther so compelling but also so problematic as an object of study. They highlight the uncomfortable sides of his personality and legacy, above all his aggressive masculinity and his propensity for hatred. Throughout, Roper’s interest is in individual subjectivity. This is a history not of the intellectual origins of ideas but of the ‘irrational and emotional wellsprings of action’. Luther’s habits of mind shaped the early Reformation in decisive ways. His binary thinking – his proclivity, for example, for dividing people into friends and foes – structured much of its verbal and visual propaganda. His need to establish and assert his masculinity led him to engage in ‘quill fighting’, in hateful written attacks on powerful figures such as Duke Heinrich of Braunschweig-Wolfenbüttel and Duke George of Saxony. Luther’s Reformation was entirely dependent upon the political support of Germany’s princes, but his invective helped him as a commoner to establish his status as one who could speak truth to power.

Luther’s writings provide a uniquely rich source, certainly by early modern standards, for a psychological study of this nature. Roper draws in particular on his correspondence and on the Table Talk, the notes that Luther’s students took at his dinner table. These writings tell us much about the reformer’s domestic life and sociability. While the lone ‘great man’ dominated the 2017 anniversary celebrations, collective dynamics were in fact central to the early Reformation. Roper uses dreams reported by Luther and by his colleague and principal author of the Augsburg Confession Philip Melanchthon to great effect here to discuss not only Luther’s feelings but also the hopes and anxieties of the Wittenbergers. The Reformation was the work of ‘Luther & Co.’, as Roper terms them, and friendships and enmities played a crucial role in determining its course.

In 2017 Luther’s attitude towards Jews was discussed publicly for the first time. Leading church historians, in particular Thomas Kaufmann, provided unflinching accounts of the reformer’s grotesque rhetoric and its murderous 20th-century reception. In a chapter starkly titled ‘Luther the anti-Semite’, Roper emphasises the visceral, anti intellectual nature of much of Luther’s writing against the Jews. Luther’s hatred stemmed, she argues, from irrational fears and from issues of identity. Luther’s status, like that of a rabbi, derived not from his position in a clerical hierarchy but from his role as an exegete and teacher of Scripture. Much of his bile was directed at what he perceived as the Jews’ inability to provide a proper (i.e. Christological) reading of the Hebrew Bible. His antisemitism, which was much more extreme than that of his contemporaries, was an expression of his psychology and an integral part of his thought.

Those who experienced 2017 might ask: do we need more Luther? The answer is certainly yes. Through its thematic approach this collection says much that could not be said in the inevitably heroic format of the biography. It provides insights that will shape the reader’s experience of every future encounter with Luther. It integrates visual and material culture brilliantly throughout, arguing that from Cranach’s early portraits to Playmobil’s bestselling Luther figurine, images must be central to our interpretation of the Reformation. And it offers a critical reflection – wonderfully personal in places – on the experience of writing biography and living as a historian through a period of intense public interest. At a moment at which tensions over race and heritage have coalesced around public representations of historical men this collection provides a moral compass for those seeking to write the histories of heroes with dark sides.

Bridget Heal is Professor of Early Modern History and Director of the Reformation Studies Institute at the University of St Andrews. 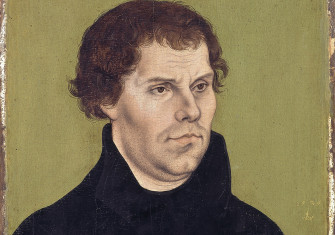 Martin Luther and the German Reformation 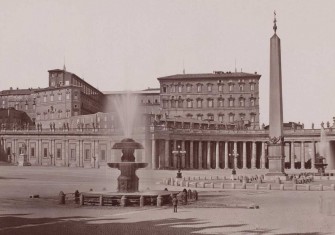