An intriguing glimpse into the complex politics of the late 19th century Balkans. 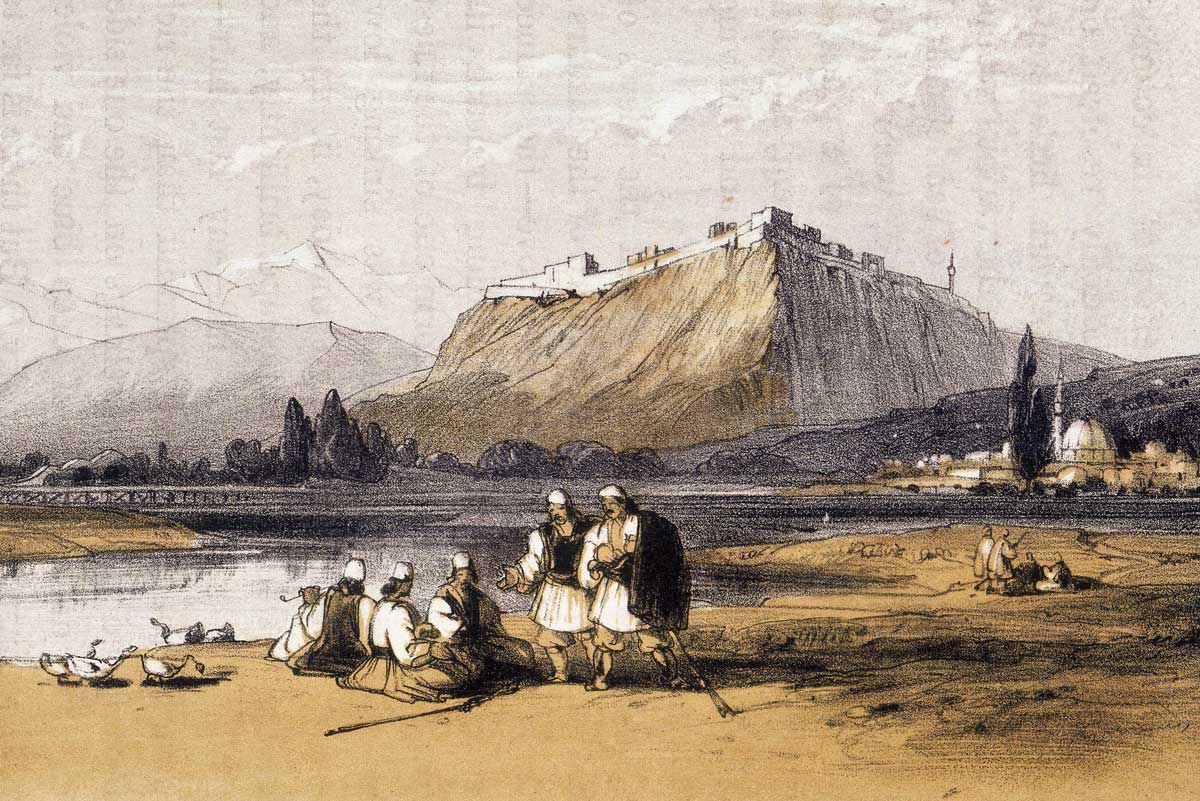 Johann Georg von Hahn is not a fluent and engaging travel writer. From the evidence of these selected translations from the original German, his journeys into the mountain valleys of central Albania (extracted from his three-volume Albanian Studies) and his last expedition, Journey from Belgrade to Salonika, are unlikely to be published in English in full.  Fortunately there are other rewards, such as his pioneering collection of Albanian folk tales (good, dark stuff, trailing elements of mythology) as well as his examination of the love of young men for adolescent boys which remained a traditional passage of life for some of the highland tribes of Albania: ‘The lover’s feeling for the boy is pure as sunshine ... It is the highest and most exalted passion of which the human breast is capable.’

Von Hahn was born in Frankfurt in 1811 and studied law at Heidelberg, which qualified him to work, from 1834 to 1843, in the newly independent nation of Greece, which had been given a Bavarian king. Von Hahn later switched to the service of Prussia (attached to their Athens consulate from 1844), after which his loyalties migrated to Vienna. His appointment as the Austro-Hungarian consul at Ioannina in 1847 began his infatuation with all things Albanian, as well as with the cosmopolitan Pashalik of Rumelia, ruled by Ali Pasha between 1789-1822. His later career posts, consul on the island of Syros (1851) and consul-general at Athens (1869), gave him the time to complete his pioneering Albanian Studies. An additional collection of Greek and Albanian folk takes was printed in 1864. Von Hahn supplied the Austro-Hungarian chancellery with statistical information about trade goods, population and the ethnicity and religious loyalties of the different communities within Albania. His last major expedition into Albania had a clear strategic purpose: the surveying of a prospective railway route to Thessaloniki.

All the foreign powers in this period were interested in understanding the age-old division of Albania between two rival dialects: Gegs and Tosks. This linguistic frontier sat astride the faultline between the Roman Catholic West and Orthodox East, even though Albania had a Muslim majority. The Gegs occupied the northern highlands of Albania and under the Bayraktar system could serve as mercenary soldiers under their clan chieftains. The southern Tosks occupied the more fertile southern valleys and were content to remain part of the Ottoman Empire, ideally as a near autonomous ally. They would dominate Albania during Enver Hoxha’s communist era.

So this collection of von Hahn’s writings provides an intriguing, if sideways, glimpse into the complex politics of the late 19th century. In the end I found its greatest reward was to introduce me to the work of Robert Elsie (1950-2017), the translator-editor. If von Hahn is the father of Albanian studies, Elsie is his great heir. Elsie was fascinated by languages and through the University of Bonn was able to travel within the sealed frontiers of Albania in the 1970s. He would translate or write over 60 books about Albania, from collections of contemporary poets to the national epic, researching tribal history as well as collecting historical texts, early travel accounts and the first photographic studies. Like von Hahn, he would subsidise this scholarly work through a Germany salary, working for the Foreign Ministry (1982-87) and later as a translator (2002-13) for the International War Crimes Tribunal. Robert Elsie’s vast knowledge of Albania is still shared with the world through a website subdivided into five subject branches. In 2017 his body was flown to lie in state at the National Library of Albania before being buried in his adopted homeland.