What were the origins of the alphabet, before the Greeks?

Few technologies are as important to our daily lives as the alphabet. But, as Johanna Drucker argues, we rarely give its history any thought at all. Despite its title, her book is not about the invention of the alphabet per se, but about how people have thought about its invention. The alphabet has been continually reinvented by each generation of thinkers in a story that meanders from Herodotus to the present day, via Jewish mystics, Arabic scholars, early modern typographers and 18th-century antiquarians.

As Drucker writes, the idea that the Greeks invented the alphabet is deeply ingrained in modern thought. But this is the opposite of what the Greeks themselves thought; they were clear that it was borrowed. From the Greek perspective, the alphabet was invented either by the Phoenicians and given to the Greeks by Cadmus (this is the account given to us by Herodotus) or invented by the Egyptian god Thoth (as in the account of Plato). Other Greek descriptions tend to riff on either or both of these basic narratives. For most of the 19th and 20th centuries scholarship lauded the ‘genius’ of the Greeks for adding vowels to the existing consonantal alphabet used by the Phoenicians. Only recently has it begun to describe the birth of the Greek alphabet as a process of cultural contact, borrowing and collaboration.

Inventing the Alphabet raises all of the questions that have vexed historians. The Bible presents insoluble problems. If God wrote the Ten Commandments for Moses, what language were they in? What alphabet? If it was the first ever written text, how did Moses know how to read it? These questions led early modern thinkers to develop an intense interest in Hebrew and other Semitic languages. But Drucker also shows how incomplete each generation’s information was. Knowledge of inscriptions and coins was very limited in the early modern period, which meant that the Hebrew alphabet known in Europe was the elegant ‘square’ script rather than the Palaeo-Hebrew script used in the earliest part of antiquity. This was, therefore, how they imagined Hebrew to have been written in the distant past as well.

It is only as we move closer to the present day that Drucker turns to studies of the alphabet based on inscriptions rather than historical narratives. The 18th century saw a flourishing of interest, not just in Greek, Roman and Hebrew writing, but also northern European writing systems such as runes. It also saw a change in how information was organised – from the specimen alphabets produced for early printing, to the analytical tables that compared alphabets letter by letter. New sources of information and new ways of organising that information on the page made profound differences to how people understood the links between different alphabets.

Drucker does not shy away from the effects of politics – and, particularly, imperialism and colonialism – on how understanding of the alphabet developed. The episode of the Mesha Stele (or Moabite Stone) shows this profoundly. Dating from around 840 BC, it was a hugely significant Canaanite inscription written in a version of the Phoenician script found in a near-perfect state of preservation in Dibon (now in Jordan). But the jostling and competition between the western European scholars determined to publish it indirectly led to its destruction, as the local Bani Hamida people tried to prevent the Ottoman Empire from benefiting from its sale. Our knowledge is not just contingent on what has survived antiquity, but also on shifting political climates.

The book is dense in places and technical terms are not always adequately explained. Readers are left to their own devices with matres lectionis (literally ‘mothers of reading’, but also a term for the diacritical marks used to indicate vowels in some writing systems which do not have them). The organisation of the material is not always intuitive; it is only about three-quarters of the way into the book that we get an explanation of how the alphabet was first created. But the reader’s effort is repaid in the depth and breadth of information provided. Inventing the Alphabet shines in the sections on the early modern period and the 18th century, where the world of antiquarianism and the Grand Tour comes alive. There are some small factual errors on the ancient side – describing Persian as a Semitic language, when it is Indo-European, for example.

Drucker takes us on a journey through centuries of intellectual history, from the musings of the first historians to the scientific methods of modern archaeologists and linguists. At the heart of it all is the alphabet: an invention that is both ubiquitously banal and world-changingly innovative.

Inventing the Alphabet: The Origins of Letters from Antiquity to the Present
Johanna Drucker
University of Chicago Press 384pp £32
Buy from bookshop.org (affiliate link)

Katherine McDonald is Assistant Professor in Classics at the University of Durham. 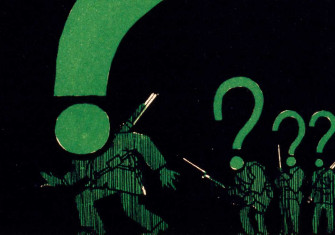 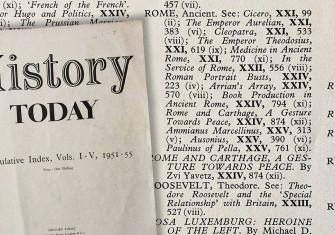