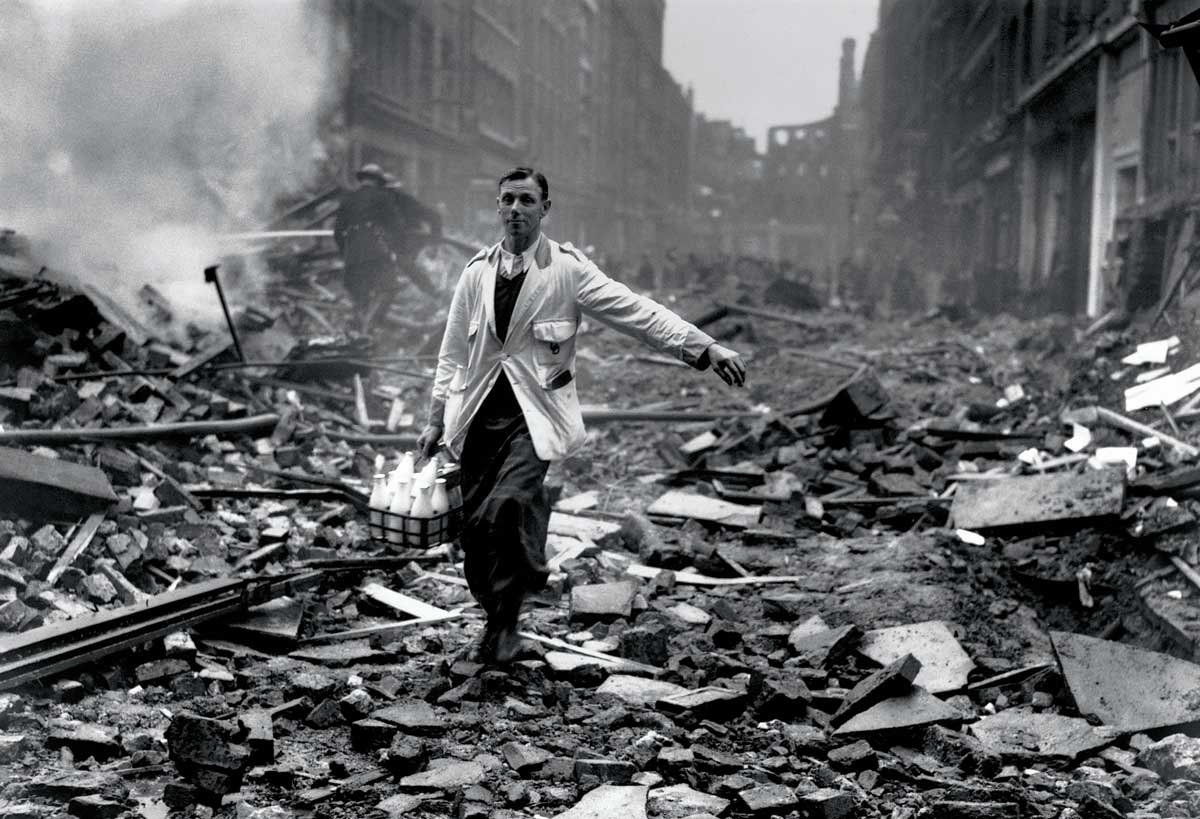 As the UK disintegrates, the Second World War and the NHS sometimes seem like the only shared stories we have left. References to the Blitz – both positively (national endurance) and negatively (the number of deaths) – at the start of the Covid-19 pandemic combined these twin myths. A new book revisiting how people experienced the Blitz is therefore opportune.

Edited by the late Paul Addison and Jeremy Crang, The Spirit of the Blitz follows Listening to Britain: Home Intelligence Reports on Britain’s Finest Hour, May to September 1940 (2011). Like its predecessor, The Spirit of the Blitz reproduces the morale reports created by the Home Intelligence department of the British Ministry of Information, this time from September 1940 through the dark winter to June 1941. A good introduction explains how historians now understand these documents. The reports themselves are reproduced almost in full, divided into three sections: September to December 1940, and January to March and April to June 1941. Each is supported with an introductory timeline and the book has a useful glossary to help readers understand references that would have been commonplace at the time.

The Home Intelligence reports have long been a staple for historians of the British Home Front in the Second World War. Available at the National Archives and on microfilm at research libraries, they have been picked over by those interested not just in the maintenance of morale under German bombs, but in public reactions to rationing and the changing international situation, as well as the effect of wartime experiences on party politics. Listening to Britain made the full reports from the period of the Battles of France and Britain available in published form for the first time. More recently, the AHRC-funded project ‘A Publishing and Communications History of the Ministry of Information, 1939-45’ has made all the morale reports throughout the war, including those from the period covered in The Spirit of the Blitz, as well as the investigations of the Wartime Social Survey, freely accessible online. It is reasonable to ask whether that negates the point of this book.

I would argue not. Such digital resources come with disadvantages as well as benefits. The online reports will be used more frequently by researchers who want to use their access to the whole corpus to scrutinise the text in new ways. Those who prefer the impressionistic sense of ebb and flow from reading over months of material in sequence may prefer the book, with its weekly bulletins. Anyone who enjoys reading published wartime diaries – a popular genre – will also find pleasure in the way the episodic structure captures the immediacy of events and reactions and just how confusing the whole thing was to those who experienced it.

The comparison with a diary is much more apt than any idea that the reports represent an objective and absolute ‘truth’ about the nation’s morale. Everyone involved was essentially well intentioned – towards the aim of assessing popular attitudes if not necessarily to each other – but their task was complex, the resources limited and their methods and findings challenged within government at the time. During the period covered by The Spirit of the Blitz, Home Intelligence was losing a bureaucratic battle sparked by its reporting of public criticism of other Whitehall departments. Its reliance on the impressionistic reports produced by Tom Harrisson’s Mass-Observation organisation – which other civil servants regarded as too pessimistic about the state of the popular mood – did not help. Ironically, the resultant sidelining of Home Intelligence from any significant policy decisions and the reduction in its reporting cycle from daily to weekly created some of the space it required to improve its methodology and widen its sources of evidence. Just as important was the departure of its first director, Mary Adams, and her replacement by her former deputy Stephen Taylor. Adams, a science graduate and the first female BBC television producer, had the imagination to get Home Intelligence started, but lacked the ruthless skill in infighting to keep it going. In contrast, Taylor’s bureaucratic survival skills were more developed. He was also driven to reform Home Intelligence by his hatred of Harrisson (on whose alleged cannibalism, while on anthropological expeditions, Taylor collected a file of evidence). Those who seek to draw historical parallels might note the differences borne out by all this: the analysis of public opinion in a crisis was difficult and politically controversial and the wartime government managed successfully without caring too much what people thought.

For all their frustrating vagueness (‘it is being widely said’, ‘many people think that’) and the incomprehension apparent as middle-class respondents reported on working-class attitudes, the reports collected in The Spirit of the Blitz remain a valuable source. We should be glad they exist and not just because if the task of surveilling morale had been left to the Home Office, as the latter would have liked, the official evidence would be even less accurate and more relentlessly upbeat. Used with the necessary scepticism, they show us both how horrendous it was to be beneath the bombs and how quickly those who had no choice but to stick it out adapted. They remind us also how much everyday life outside the worst blitzed cities was being transformed over that winter of 1940-41 – not by the Luftwaffe’s rain of explosive and incendiary, but by the demands for labour and material required to build the military machinery that would enable victory. The relentless constraints on living standards that resulted, the requirement to submit to regulation and the demand for something better in the future might all seem a more relevant and hopeful comparison to our own era than the shortlived drama of the Blitz.

The Spirit of the Blitz: Home Intelligence and British Morale, September 1940 - June 1941
Edited by Paul Addison and Jeremy A. Crang
Oxford 544pp £30