A Record to Bragg About

During the First World War, the Nobel Prize-winning scientist William Lawrence Bragg devised a system to locate enemy guns, which made a dramatic impact on the Allied war effort and beyond, says Taylor Downing. 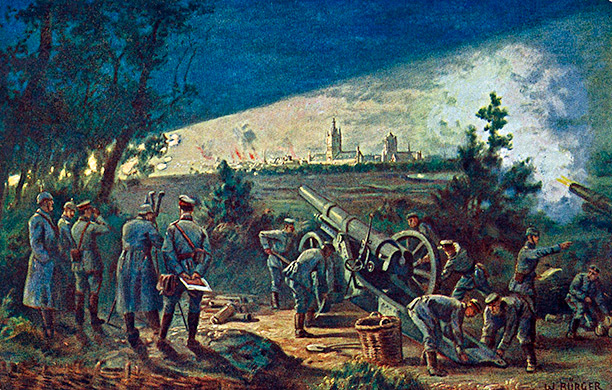 On November 12th, 1915 a British artillery officer on the Western Front, stationed just south of Ypres, received a telegram. It contained the news that the 25-year-old officer had been awarded a Nobel Prize in Physics. William Lawrence Bragg was, and still is, the youngest person ever to receive a Nobel Prize. That evening the village curé with whom Bragg was billeted opened a bottle of Lachryma Christi wine and the two men celebrated his achievement.