Reaching for the Stars 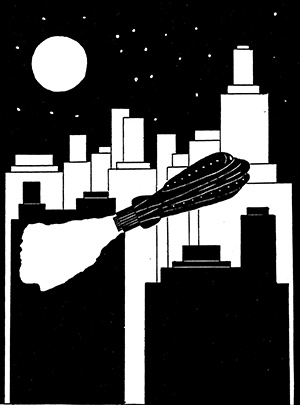 Lets face it, when the British Interplanetary Society was founded in 1933 it might just as well have called itself the Mad Hatter’s Society. This was the time when rockets were regarded as a novelty with only a limited potential.

Even as late as 1956, a year before Sputnik was launched into Earth orbit, Richard Woolley, the Astronomer Royal, had this view of space travel: ‘It’s utter bilge. I don’t think anybody will ever put up enough money to do such a thing . . . What good would it do us? If we spent the same amount of money on preparing first-class astronomical equipment we would learn much more about the universe . . . It is all rather rot.’

Woolley was irritated by the popularity of exaggerated science fiction ideas that showed us visiting planets and colonising them in fleets of rocket ships. The British Interplanetary Society (BIS) had similar dreams but it always grounded its ideas in the practicalities of space exploration.

The germ of its formation was publicised in the January 1933 issue of Chambers Journal, by Philip E. Cleator. Throughout the year, Cleator worked to establish a British organisation that would popularise the concept of space travel and conduct its own research, much like existing rocket groups in the US, the Soviet Union and Germany. After advertising in his local paper, the Liverpool Echo, for interested parties to contact him, the group held its first meeting at the offices of one of the respondents, H.C. Binns, a solicitor, at 81 Dale Street, Liverpool, on Friday October 13th, 1933.

Like Cleator, many of the first members were young, intelligent, avid science fiction fans. Cleator worked hard to promote the group and established the Journal of the BIS (JBIS) in 1934,  now the longest running astronautical publication in the world.

1936 proved to be a another  landmark year for the BIS. Cleator published a book, Rockets Through Space, to inspire space fans, and ‘Prof’ A.M. Low established a London Branch on October 27th. A month later, in the Masons Arms, Maddox Street, where they held their regular meetings, it was decided to make London the location for the society’s headquarters. One of the first London members was a 19-year-old called Arthur C. Clarke.

Another teenage BIS member, Eric Burgess, took the initiative to launch a solid-fuel rocket from his home in Manchester and was promptly charged under the 1875 Explosives Act. Burgess went on to become a chairman of the BIS and, besides promoting the possibility of using nuclear power to propel spacecraft, gave Carl Sagan the idea to put a message for extraterrestrials onboard the Pioneer space probes that were launched in the early 1970s.

With the possibility of conducting practical rocket experiments curtailed, the BIS concentrated in the pages of its Journal on the theoretical possibilities of space exploration. This has led to a series of groundbreaking scientific studies that have looked at using current or foreseeable technology to carry out ambitious space missions.

The first of these studies, the BIS Lunar Spaceship project, was led by the eccentric John Happian (‘Jack’) Edwards. Containing significant contributions from H.E. Ross and R.A. Smith, they looked at the feasibility of landing men on the moon. This established the engineering and economic viability of such a mission and gave some inspiration to the US Apollo moon landing programme in the 1960s.

The V2 rocket produced by the Germans during the Second World War, demonstrated the possibilities of rocketry for military and space exploration purposes. In the same period the BIS suspended its activities and was re-founded by A.M. Low on June 13th, 1945, and L.J. Carter drafted a formal constitution to give the group a solid legal basis.
Arthur C. Clarke epitomised the BIS’s aim to popularise and advance astronautics. In 1945 he wrote a paper on the feasibility of sending manned communication satellites into geostationary orbits. A few months later Eric Burgess noted that unmanned repeater satellites would be just as effective and they became a reality in the 1960s.

Clarke’s visionary view of space exploration fully flowered in the film 2001: A Space Odyssey (1968) directed by Stanley Kubrick, showing a future filled with routine and regular trips to space stations in Earth orbit, colonies on the moon, interplanetary manned spacecraft and contact with extraterrestrials.

Besides the JBIS, in 1956 a more popular magazine, Spaceflight, was launched with Patrick Moore as its first editor. In the following decades the BIS has produced a range of pioneering studies which covered such topics as orbiting space telescopes, colonising the moon, space planes, nuclear rockets, interstellar communications and unmanned interstellar probes.

Back on Earth, on May 1st, 1979, the BIS purchased and set up its own headquarters in central London and from these headquarters it continues to imagine future realities.

Nigel Watson is a writer specialising in technology.