Modern dance was born with the premiere of L'apres-midi d'un faune on May 29th, 1912. 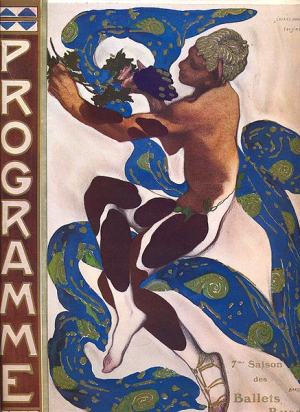 Few ballets have enjoyed as sensational a first night as The Afternoon of a Faun by the Ballets Russes at the Théâtre du Châtelet in Paris, to music by Debussy with scenery and costumes by the Russian painter Léon Bakst. The ballet was choreographed and dominated by the 22-year-old Vaslav Nijinsky, who took the leading role of the amorous faun pursuing a group of shy, but delicious, nymphs who are on their way to a nearby lake. It broke electrifyingly with tradition and most of the other dancers did not enjoy it. Nijinsky would not let them act and told them: ‘It is all in the choreography.’ The production has been described as an attempt to fashion ‘a new language of movement’ and it heralded the modern era in ballet.

Nijinsky’s dancing was both supremely graceful and staggeringly spectacular (Dame Marie Rambert once said she did not know how high his leaps were, but they were all ‘near the stars’) and the short performance, with only about 11 minutes of dancing, was designed to resemble scenes from Ancient Greek vase paintings. At the same time it was intensely erotic and culminated in an orgasmic scene, with the faun making love to a scarf that the most desirable nymph had dropped as she ran away. One of the female dancers described Nijinsky’s movements as ‘virile and powerful’ and his way with the nymph’s scarf as ‘so animal’.