The Pictorial Records of the Medicis 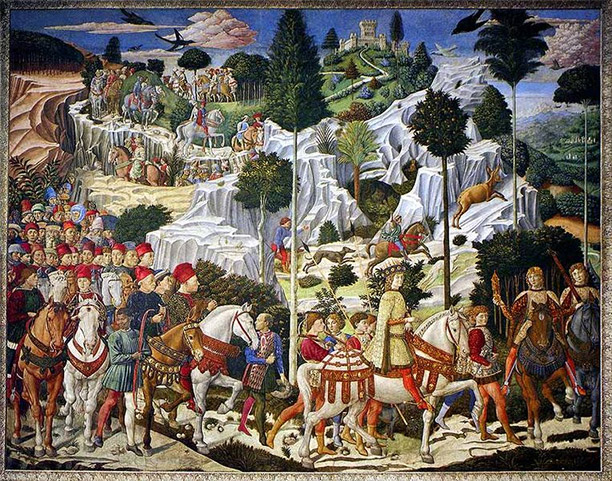 The iconology of the Medicis is based mainly upon three artists who worked in the latter half of the 15th century. In 1459 Piero, son of Cosimo pater patriae, commissioned Benozzo Gozzoli to paint upon the walls of the chapel in the Palazzo Riccardi at Florence The Journey of the Magi. There he was to show the ruling princes of the house, their peers, followers and friends. About seventeen years later, another artist of the Medicean circle, Sandro Botticelli, accomplished a similar task in the celebrated Uffizi Adoration, where successive generations of the Florentine dynasty, artists and scholars and merchant-princes, were gloriously portrayed as worshipping kings and members of their court. That was in 1476.