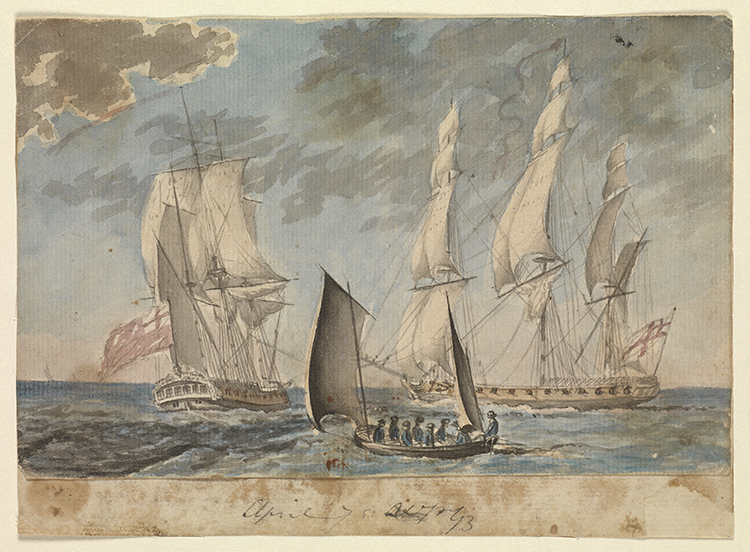 If you were an ambitious young blade on the make in the 18th century, you could do worse than serve on a Royal Navy frigate. These nimble warships had the task of ‘cruising’ for enemy vessels and were spared the boredom of blockade duty that the crews of bigger battle line ships endured. The main attraction of serving on a frigate was the Navy’s prize system, recognised by the state as a considerable motivating factor. One captain, Henry Digby, in a remarkable two-year spell between 1797 and 1799, captured more than 50 vessels, including a pair of Spanish treasure ships. His share of the bounty, which even the lowliest rating got a fraction of, came to around £40,000, a dazzling sum for the time, easily enough to purchase a grand country house.

Though the Royal Navy offered the quickest (if not the safest) route to wealth for a young buck with limited means and few family connections, military command in general, whether at sea or on land, became the preferred profession for those with raised sights, reaching its zenith in the example of Napoleon Bonaparte. The armed forces of the increasingly powerful state had replaced the Church as the best route to worldly power for the ambitious but low-born. The spiritual path that had enriched such powerful Tudor figures as Thomas Wolsey and his protegé Thomas Cromwell was now scattered with cannon and shot.

Nowadays, in a more peaceful world (yes, really), at least in the developed part of it, the means to riches and power for those born without both is banking: since Mayer Rothschild emerged from the Frankfurt Ghetto we have seen the best part of two centuries in which Morgans, Fricks and Warburgs amassed great wealth atop a financial system which has modestly enriched many more. But, as Matt Clifford, the founder of Entrepreneur First, asserts, it will be technology start-ups that attract the ambitious of the future, enriching our world both literally and metaphorically as such activities enter the mainstream. He may well be right, but historians should sound a cautious, even dystopian note. Technological disruption is now a major player in the world of geopolitics, with new technology the enabler of post-truth, alternate facts and cyberwar. It is not beyond the realm of possibility that military command might once again become the primary path of choice for those seeking to make their mark on the world.