Despite the myth of a lone genius toiling away into the night, history is a collective endeavour. 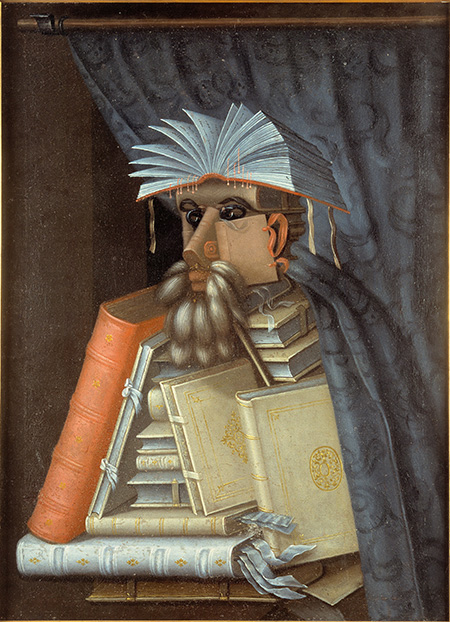 Every so often, a familiar type of story goes around the press about a new ‘discovery’ in the humanities. Novelty is the aspect of academic research that the media finds newsworthy. The framing of such stories often describes ‘lost documents in the archives, brought to light for the very first time’ or ‘new data which no one had thought to collect before’.

On closer examination it frequently turns out that what is supposedly new about the research is not quite as novel as the headlines make it sound; sometimes the trumpeted discovery turns out to have a rather hazy relationship to the research which inspired the story.

It is always good to see public excitement about developments in academic research, but these stories are often frustrating for those who already know something about the subject, including the researchers who have to watch their work being presented in such a light. There are several recent examples in my own field, in which well-known information has been presented in the media as a brand new discovery, when the reality was that a researcher had found a new – and valuable – interpretation of facts which were already known. Without bad faith or deceit on anyone’s part, there was a mismatch between what was truly original and exciting about the research and the apparent need for a headline which could be framed in terms of ‘discovery’.

This is partly because of the romantic myth of the academic scholar: a lone genius, toiling away in the lab or the library late into the night until they happen upon some forgotten document or marvellous realisation which has never occurred to anyone else. This is a nice image, but it is not very close to the reality – at least for most of us, most of the time. New directions in research sometimes appear ready formed in a flash of inspiration, but they are just as likely to grow over a long period of time, through a gradual deepening of knowledge and understanding. At times they come from unearthing lost manuscripts, but they may also develop from reading old texts with fresh eyes, in the light of new scholarship or methodologies. As archivists and librarians rightly point out when a ‘lost manuscript’ story goes around, if a document is in an archive a researcher can only ‘unearth’ it by relying on the work of others (who often do not end up being credited in the public version of the story).

The focus on a new and sudden discovery elides some of the phases of research which can actually be the most rewarding. I have never found a forgotten manuscript in an archive – no doubt that is exciting – but I have had the experience of coming back to a text I thought I knew well, perhaps years after the first time of reading it, and seeing something fresh and revelatory in it that gave a new direction to my research. Equally rewarding is the experience of reading a work of scholarship by someone else which sparks new and productive ideas, whether a recent publication or something from decades ago whose insights have been overlooked.

That kind of research is a personal but not a solitary endeavour: it may have its roots in the first teaching we receive as students new to the field, planting seeds that may not bear fruit for decades. It is nourished by conversations with peers, mentors and colleagues. The lone genius of media myth is, indeed, a lonely figure – not one who collaborates, or learns from others. That is a method which suits some people, but it is far from the only way to live a scholarly life.

The work I call ‘my’ research is also the culmination of years of inspiration and guidance from others, some of whom I know in person, some of whom died decades before I was born. When I look at my research I am proud of what is new and original about it, but no less proud of the elements which show the influence of those who taught me, or which grew out of discussions with other people. It would be good to think there was a place for framing public stories about academic discovery in that way too – appreciating what is novel, but also valuing where it came from.

Eleanor Parker is Lecturer in Medieval English Literature at Brasenose College, Oxford and writes a blog at aclerkofoxford.blogspot.co.uk