The wars of 1839-42 and 1856-60 are a perfect case study of the divergence of opinion that the British Empire continues to generate. 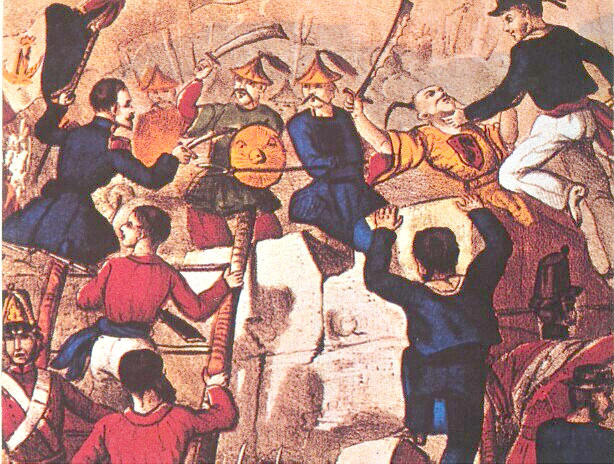 Despite Niall Ferguson’s efforts in 2003 to partially rehabilitate British imperialism in his bestselling Empire the subject still provokes angry debate. The recent revelations concerning the Foreign and Commonwealth Office’s obliteration of archives dealing with British brutality in 1950s Africa and Malaya drew the Empire’s attackers and admirers into open combat. George Monbiot in the Guardian lambasted defenders of the imperial legacy, while Lawrence James in the Daily Mail argued that ‘the Empire was a dynamic force for the regeneration of the world’.

The Opium Wars of 1839-42 and 1856-60 between Qing-dynasty China and Britain are a perfect case study of the international divergence of opinion that the Empire continues to generate. In China the conflicts – the first between it and a western nation – are a national wound: the start of a western conspiracy to destroy China with drugs and gunboats. In Britain the wars barely seem to register in public memory.

It is perhaps in its attempt to provide a strong intellectual rationale for the Opium Wars that Leslie Marchant’s 2002 article most clearly shows its age. It begins with a discussion of the ideological differences between the two sides: the British attachment to free trade and progress jibing with the traditional Confucian bias against merchants and commerce. Many earlier western commentators tried to play down opium as the casus belli, asserting instead that a clash of economic and political cultures lay behind the conflicts. They sought a moral justification for wars that were essentially about protecting an illegal, profitable drugs trade.

These days historians may prefer to focus on the amoral pounds, shillings and pence logic of the wars, arguing that they were about opium and the drug’s unique ability to balance the books, rather than a more intellectually respectable ‘collision of civilisations’. John Wong’s 1998 study of Britain’s second Opium War with China, Deadly Dreams, made clear Lord Palmerston’s dependency on opium revenues throughout the middle decades of the 19th century. In light of the British addiction to Chinese exports (silk, ceramics and tea), opium was the only commodity that saved the British balance of payments with Asia from ruinous deficit. Marchant argues that mid-century British merchants in China believed that a ‘just war’ should be fought to defend progress. In reality the British leaders of the opium trade through the 1830s and 1840s were far more interested in protecting their drug sales in order to fund lucrative retirement packages (one of their number, James Matheson, used such profits to buy a seat in Parliament and the Outer Hebridean island of Lewis).

Marchant also portrays opium as an absolute blight on 19th-century China. Over the past decade, however, Frank Dikötter, Lars Laaman and Zhou Xun have enhanced our understanding of late-imperial China’s opium culture. They have moved away from the idea that opium turned any casual smoker into a pathetic victim and have instead portrayed with increasing subtlety the economic, social and cultural realities of its use in China.

Yet there is much in Marchant’s article that remains relevant. He captures nicely the childish blitheness of the young Queen Victoria to the war in China (‘Albert is so amused at my having got the Island of Hong Kong’). He makes an important point, too, about the over-reliance of some earlier Anglophone historians on western sources and paradigms to interpret Chinese history and their neglect of internal Chinese factors. Until surprisingly recently, this remained a significant issue in Chinese studies. As late as 1984 an influential sinologist called Paul Cohen felt the need to call for a ‘China-centred’ history: one that relied on careful work in Chinese archives and examined Chinese history on its own terms. As a result we have seen an impressive body of works emerge that have re-examined a succession of Sino-western encounters through sources from both sides.

In the case of the Opium War the examination of Chinese materials has highlighted how split the court was on the question of an anti-opium crackdown; how chaotic and absent-minded the Qing’s military and diplomatic response was; and how politically complex ordinary Chinese reactions were to the British and the war. As doing research in China becomes easier and more archives open their collections to foreigners (although many materials from the 1960s and 1970s remain out of reach) the old bias towards western sources that Marchant acutely noted is happily becoming the stuff of history.

Julia Lovell is Senior Lecturer in Chinese History at Birbeck, University of London and is the author of The Opium War: Drugs, Dreams and the Making of China (Picador, 2011).