The Nobel Peace Prize: Blessed be the peacemakers?

Alfred Nobel’s Peace Prize has become something other than its founder intended, claims Fredrik S. Heffermehl. 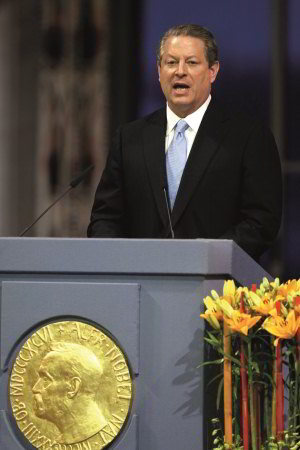 There probably never was a finer gift donated to ‘the greatest benefit of mankind’ than the prize that the Swedish inventor and tycoon Alfred Nobel (1833-96) established for ‘the champions of peace’. The abolition of war has been a hopeful dream of most people through all ages. When, on November 27th, 1895, Nobel signed his last will he had concluded that his desire for global peace required global disarmament founded on global law. He intended his prize to promote a systemic change in international relations.

Hardly any of his inventions have been more effective than the five prizes Nobel established for medicine, physics, chemistry, literature and peacemaking. They have become a visible, lasting international institution, attracting global attention to great minds and deeds, innovative ideas and discoveries twice every year.

The Nobel Foundation, the money management and the awarding committees are all located in Stockholm – with one exception: Nobel entrusted the selections for the Peace Prize to an independent committee of five to be appointed by the Norwegian parliament. Nobel obviously saw the Storting as the best place to find a committee of persons qualified and enthusiastic about the promotion of peace through law and disarmament.

Until the Second World War the committees were reasonably loyal to Nobel’s original vision. Yet the prize has long ceased to challenge the financially powerful and deadly forces it was supposed to combat. Instead of appointing committee members loyal to Nobel’s intentions, the majority of parliamentarians use the prize to serve their own purposes. Only the Nobel name is left; in reality the Storting has asserted its control and, over the last decade in particular, the prize has deteriorated into a business operation and a glamorous social event.

Many Nobel Peace Prizes, including those awarded jointly in 1973 to Henry Kissinger, the former US secretary of state, and the Vietnamese revolutionary Le Duc Tho, and in 2007 to former US Vice President Al Gore, have been severely questioned. Yet a simple glance at Nobel’s original text is sufficient to confirm that something more fundamental has gone wrong.

Many think that Nobel cannot be taken too seriously today; the will is over 100 years old, times have changed, we have a wider understanding of peace and how to create and keep it. But Nobel had a precise vision – in no way dated – in which he called the intended recipients the ‘champions of peace’, further described as:

The person who shall have done the most or the best work for brotherhood between nations, for the abolition or reduction of standing armies and for the holding and promotion of peace congresses.

A historian familiar with the politics of the period will immediately recognise the influence of Baroness Bertha von Suttner (1843-1914), the Austrian peace campaigner and recipient of the prize in 1905. Her movement was determined to break the tradition epitomised in the slogan Si vis pacem, para bellum (‘If you wish for peace, prepare for war’). Nobel wished to support those who think that to have peace you must prepare for peace.

Suttner was a friend who corresponded with Nobel throughout the last two decades of his life and a prize for the champions of peace was the result of her constant prodding. The fact that Nobel informed Suttner immediately when he had signed his last will leaves little room for doubt about his intentions.

So how was it possible for the Storting to forget Nobel’s purpose so completely? No doubt after the Second World War a shift in Norwegian attitudes played some role: Norway joined NATO as soon as it was formed in 1949. A further deviation from Nobel’s ideals happened when the Nobel Committee embarked on side activities, an annual rock concert and a peace centre, which has made them increasingly dependent on commercial sponsors.

More fundamentally, after 1945 the committee forgot Nobel’s will and placed the emphasis on the word ‘peace’ and the expression ‘Peace Prize’. These have been used to justify giving the award to anyone that suits the committee, but interpreting a concept not used by Nobel instead of checking what he intended is, of course, a major blunder. In addition the committee´s ‘wide concept of peace’ is so all-encompassing as to be without meaning.

The historian Geir Lundestad, secretary of the Norwegian Nobel Committee since 1990, wrote in 2001:

. . . although the Norwegian Nobel committee never formally defined ‘peace,’ in practice  it came to interpret  the term ever more broadly.

Lundestad apparently believes that the committee should define ‘peace’ (perhaps even  make its own, formal definition). The secretary seems totally unaware of the fact that Nobel had already defined the concept.

It might be argued that the departure from Nobel´s purpose began in the years immediately following his death in 1896. Norway was about to leave the union with Sweden and so reinforced its military in preparation for a potential violent confrontation.

Nobel may have entrusted the peace prize to Norway because in union with Sweden the country did not have a foreign policy of its own. This changed with Norwegian independence in 1905. The first conspicuous misuse of the prize to serve Norwegian interests came only one year later, with the award of the prize to the incumbent US president Teddy Roosevelt. The Nobel Committee chair (and Norwegian foreign minister) Halvdan Koht said that ‘Norway needs a good friend, even if he is far away’.

One figure who did seek to follow Nobel’s intentions was Gunnar Jahn, the committee chair from 1942 to1966. In a surprising violation of the prohibition against revealing anything about the committee´s deliberations he had deposited his private diaries containing extensive discussion minutes with the National Library of Norway. These minutes reveal that the majority of the committee showed little or no interest in the almost annual reminders from Jahn of the will and what Nobel actually desired. These diaries had been studied by several in the service of the Nobel Committee, such as Lundestad and three historians (Oivind Stenersen, Ivar Libæk and Asle Sveen), who were commissioned to write the centenary volume about the Peace Prize in 2001. They have all chosen to continue ignoring Nobel’s intention, probably understanding the consequences if it became known to a wider public.

The story of the Peace Prize is one of faltering democracy and a lack of respect for the rule of law. In response to idisputable evidence of neglecting Nobel’s intention the committee started, in the Autumn of 2009, to claim to have always respected Nobel, contradicting its previous statement that it was impossible to follow the will.

Democracy requires a lively debate, but it must be honest. Without a certain level of argument, respecting truth, logic and relevance, democracy cannot function. But the right to speak, write and be heard is to little avail if even the most convincing arguments are ignored, since those in power keep doing as they like anyway.

We desperately need the work Nobel wished to support. In order to fulfil that task the prize urgently needs trustees faithful to Alfred Nobel’s uncompromising vision of peace through global disarmament and the rule of law.