Morocco: Lyautey and After

C.H. Brown studies French imperial achievement in Morocco during the first half of the 20th century, as well as the nationalism with which it eventually came into conflict. 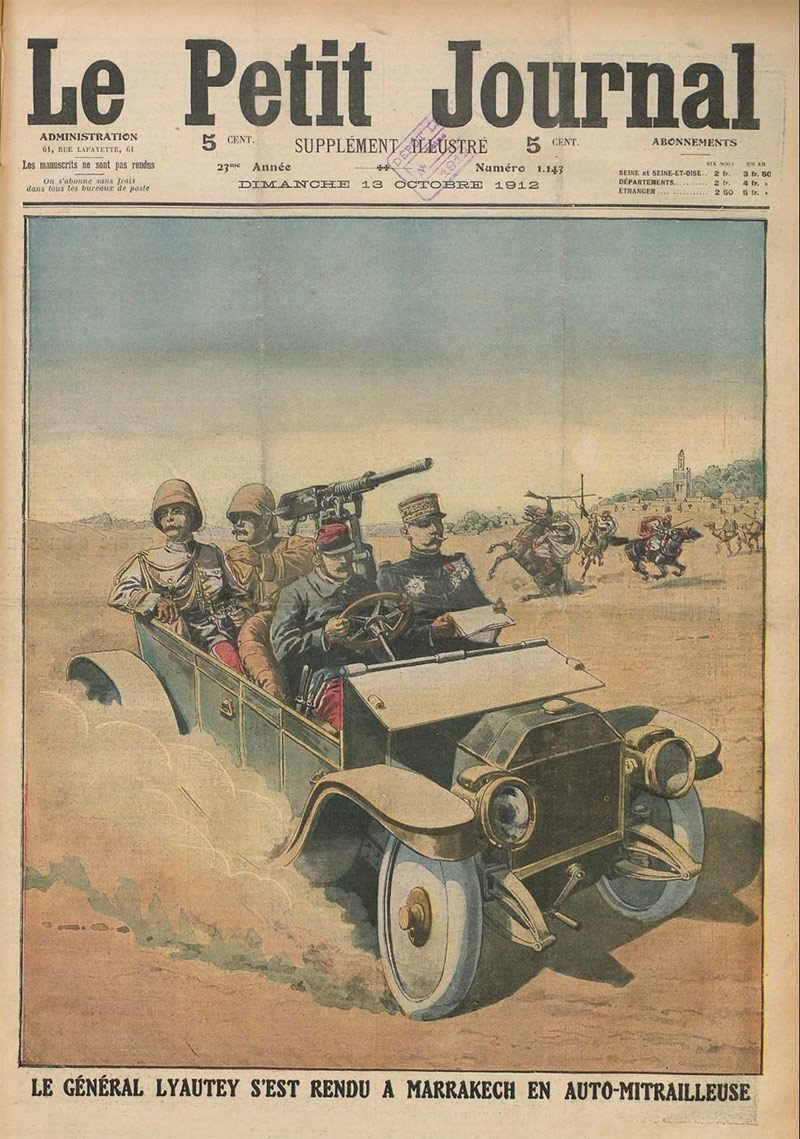 Generally looked on as the creator of modern Morocco, Marshal Hubert Lyautey has attained there an almost legendary fame—a fame which undoubtedly owes much to his biographer Andre Maurois. The latter has put on record his early admiration for his hero. It prompted him, on writing his first novel during the 1914-1918 war, to send a copy to the man who had then never heard of him. The book was Les Silences du Colonel Bramble, and it brought an immediate reply. To be addressed as “Mon cher camarade” by the Commander-in-Chief in Morocco must indeed have been gratifying for an obscure sub-lieutenant in the French trenches. But the two did not meet until, in 1925, Maurois was among those invited to the opening of the first railway line in Morocco, from Rabat to Casablanca.