The pioneering astronomer was born on March 16th, 1750. 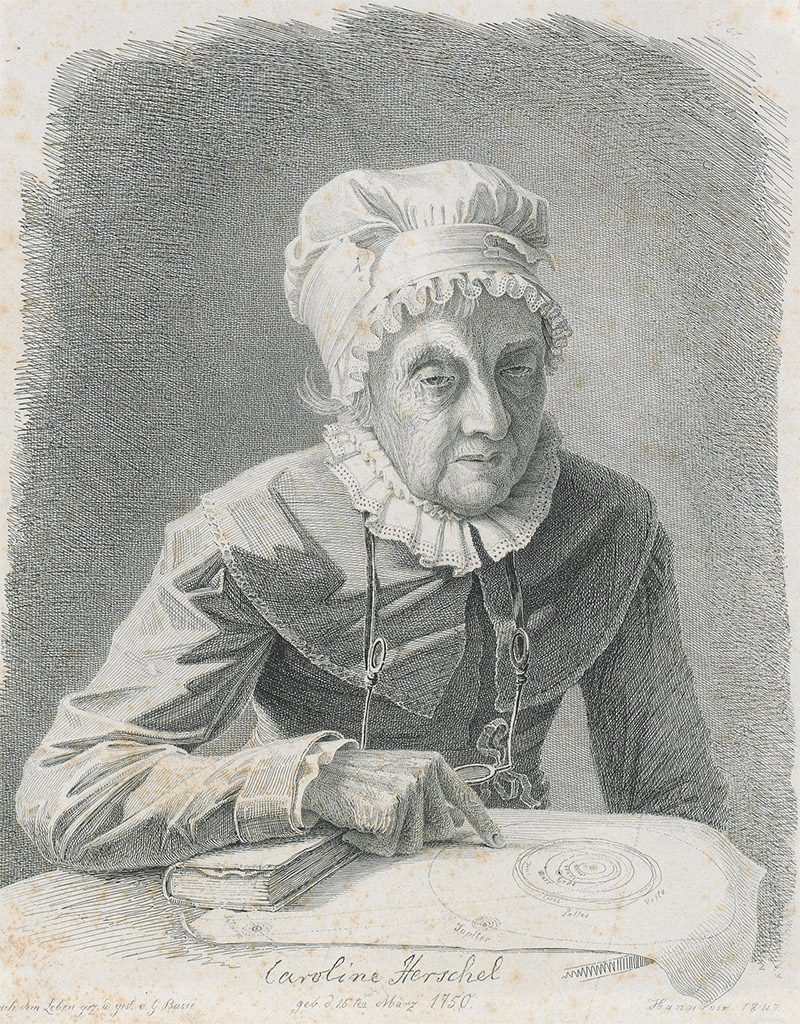 Prospects seemed dreary for young Caroline Herschel when her father said that, since she lacked either beauty or wealth, she could forget marriage. Apparently all that remained for her was a life of dull drudgery as an unpaid housekeeper in Hanover. But escape came when she was 22, thanks to her elder brother William, who had deserted from the Hanoverian army and set up home in England (then sharing the same royal family) and was now a musician in fashionable Bath. Happier here, though still housekeeping, Caroline began training as a singer, and she also found herself drawn to William’s new enthusiasm: amateur astronomy.

At first she helped her brother with casting, grinding and polishing the reflecting mirrors for his ever bigger and better telescopes. Caroline recorded his observations and calculated star positions for him. Then nine years later, William made his biggest discovery: a new planet, the seventh member of the family (including Earth) moving around the Sun. Astutely, William named the new planet Georgium Sidus after George III, but Uranus was more popular and is the name that has remained.

William Herschel quickly became famous, gaining scientific honours and the King’s keen interest. He was appointed ‘Royal Astronomer’ with a salary that allowed him to abandon music as a career, and with Caroline’s help he made telescopes which sold for high prices. They moved house, close to the royal family at Windsor, and within a few years Caroline became a competent astronomer in her own right, discovering eight new comets and three new nebulae. She was officially appointed assistant royal astronomer and paid a salary. Although not the first woman to pursue astronomy, Herschel was the first to be an active and successful researcher, to hold a paid post in astronomy, and to receive honours for her work (including the Gold Medal of the Royal Astronomical Society in 1828). She even became a member of two scientific societies in a period when the admission of women was almost unknown.

William died in 1822. With his sister’s unstinting help he had founded deep-sky astronomy, discovered a new planet, the Sun’s motion through space, and the true nature of the Milky Way as a galaxy which included the solar system towards its centre. After her brother’s death, Caroline, now in her seventies, returned to Hanover. She had helped shape the career of her favourite and talented nephew John (William’s son) and lived long enough to see him become Britain’s leading scientist. She died in 1848 aged 98.