The Mamelukes are massacred in Egypt

The Mamelukes were massacred in Cairo on March 1st, 1811. 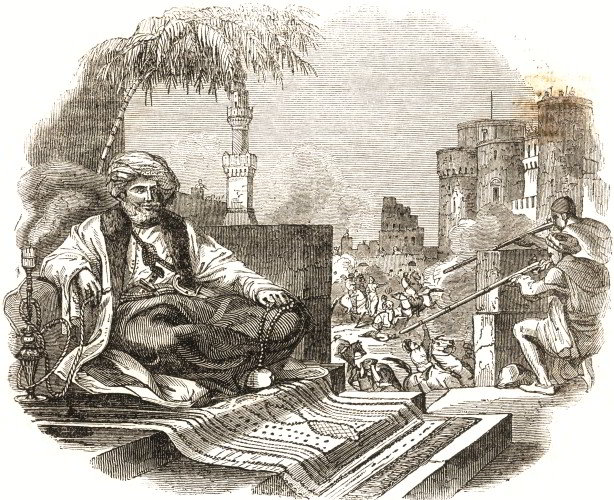 As if fathering 95 children was not enough for one lifetime, Muhammad Ali was also the father of modern Egypt. A Muslim born in Macedonia, known alternatively as Mehmet Ali, he went to Egypt in 1801 as second-in-command of the Albanian contingent of an Ottoman army to retake control of the country after the French occupation. His commanding officer was soon killed and Muhammad Ali succeeded him. With a potent blend of shrewdness, ruthlessness and charm he rapidly made his way up until in 1805 he was appointed the country’s Wali, or viceroy. He went on to finish the job the French had started of destroying Egypt’s traditional political system and founded the dynasty that would rule the country until 1952 (see Philip Mansel’s article ‘The Man Who Remade Alexandria’, December 2010).

Muhammad Ali made his way by forming alliances with one set of potential opponents against the others and eliminating one group after another in turn. He had a major obstacle in the Mamelukes, descendants of slave-warriors who had been recruited from abroad centuries before and trained into a first-class army. The French invasion had weakened them, as it was intended to, and they were now split between two main factions, led by Elfi Bey and Bardisi Bey. Elfi wanted to create a Mameluke-ruled Egypt which would be independent of the Ottoman sultan in Constantinople and he hoped for British help. Muhammad Ali allied himself with Elfi against Bardisi while stirring the pot of Egyptian resentment of both the Mamelukes and the Ottomans.

As it happened, both Elfi and Bardisi died in 1807 and Sultan Selim III in Istanbul had his hands too full with opposition there to pay much attention to Egypt. He was deposed that year, but trouble continued for another 20 years. By 1811 Muhammad Ali was strong enough to deal with the Mamelukes. He organised a grand ceremonial procession in Cairo to which he invited some 500 Mameluke notables. Assembled in the citadel, they were warmly welcomed and treated to coffee, sweetmeats and polite conversation, but when the time came for the procession they had to go down a narrow, winding passageway between high walls in single file. Suddenly the gates at each end were slammed shut and the Wali’s soldiers appeared on top of the walls and opened a murderous fire with muskets. All or possibly all but one of the Mamelukes were killed. More Mamelukes were swiftly hunted down and killed in Cairo and elsewhere in Egypt, to a total of perhaps 3,000.

It was the end of the Mamelukes in Egypt. Muhammad Ali continued modernising the country and by the time he died in Alexandria in 1849 aged 80 he and his family had effectively been recognised by Istanbul as the hereditary rulers of Egypt.