Malthus and the Seven Billion

When the world’s population reached seven billion it prompted a great deal of nonsense to be written about Thomas Malthus. Robert J. Mayhew sets the record straight. 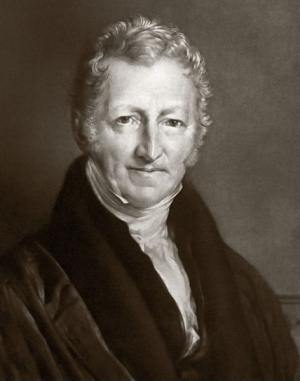 October 31st, 2011 saw a fair deal of media ballyhoo about the arrival on earth of the seven-billionth human being as calculated by the United Nations, its (arbitrary) selection being one Danica May Camacho of the Philippines. As readers of History Today may well have noticed a number of highly reputable newspapers chose to provide a historical angle on the story by evoking – normally to condemn – the work of Thomas Robert Malthus (1766-1834) about population dynamics and resource scarcity. A headline in the US business magazine Forbes neatly encapsulated this reaction: ‘7 billion reasons Malthus was wrong’. Older readers will discern a recurrent pattern here, similar historical stories about Malthusian muddleheadedness having emerged when the earth’s population topped six billion in 1999 and five billion back in 1987.