The independent Federation of Malaya came into being on August 31st, 1957. 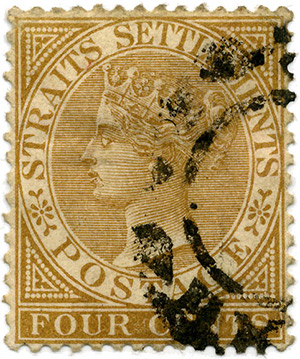 The history of British involvement in Malaya goes back to 1786, when the East India Company established a trading post on Penang Island. Sir Stamford Raffles founded a British settlement on the island of Singapore in 1819 and by 1830 the British Straits Settlements also included Malacca. From the 1870s the sultans of the small Malay states began accepting British ‘advisers’, who were effectively rulers. In 1896 a federation of Negri Sembilan, Perak, Selangor and Pahang was established with its capital at Kuala Lumpur. Heavy immigration from China and India was encouraged to supply labour for British rubber plantations and tin mines.

Invading from the north, the Japanese rapidly overran Malaya and took Singapore in 1942. After the war, in 1948, a Federation of Malaya was created under British protection, but British and Commonwealth troops had to put down a Communist insurrection, which lasted into the early 1950s. It was by now agreed that Malayan independence was the answer to the Communist claim that they were fighting to free the Malayan people from the British yoke. An election in 1955 was won hands-down by the United Malay National Organisation (UMNO) by running Malay candidates in Malay-dominated areas, Chinese candidates in Chinese areas and Indian candidates in Indian ones. The UMNO’s leader Tunku Abdul Rahman became prime minister when the independent Federation of Malaya came into being in 1957.

At a ceremony in the new Merdeka Stadium in Kuala Lumpur, Abdul Rahman proclaimed Malaya as ‘a sovereign, democratic and independent State founded on the principles of liberty and justice, and ever seeking the welfare and happiness of its people and the maintenance of a just peace among all nations.’ He went on to say that Malaya had been ‘blessed with a good administration forged and tempered to perfection by by successive British administrators’ and called for Britain’s legacy not to be forgotten or spoiled in the future. A message from the Queen welcomed Malaya to the Commonwealth and numerous Commonwealth premiers sent goodwill wishes. The Union Jack was lowered and the Malayan flag hoisted in its place, while elsewhere in the country there were fireworks, bonfires, dances and concerts.

The federation was renamed Malaysia in 1963, when besides Singapore and all the Malay states it also included two areas in North Borneo – Sarawak and Sabah. Singapore opted out and went its own way in 1965.