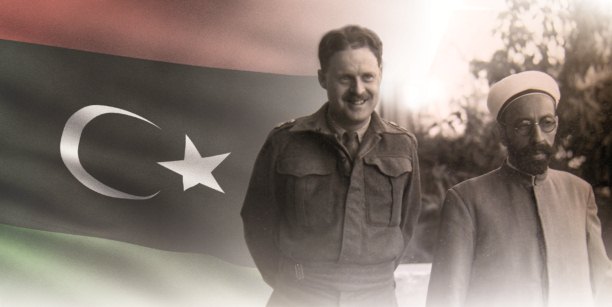 Britain’s involvement in the creation of the modern state of Libya is one of the lesser known episodes of its imperial history. Since the peculiarities of the Gaddafi era have tended to overshadow all else, it is hard to imagine today that Libya was formerly one of Britain’s closest allies in the Arab world. In Libya itself, before February 2011, there were few signs that Muammar Gaddafi had not successfully eradicated all collective memory of a Libyan past before the arrival of his Big Brother-like regime on September 1st, 1969. Images of the ‘Brotherly Leader and Guide of the Revolution’  and the green flag of the Libyan Jamahiriya were ubiquitous. For most people, not least Gaddafi himself, the eccentric colonel embodied the past, the present and the future of the large North African state; Gaddafi was Libya and Libya was Gaddafi.