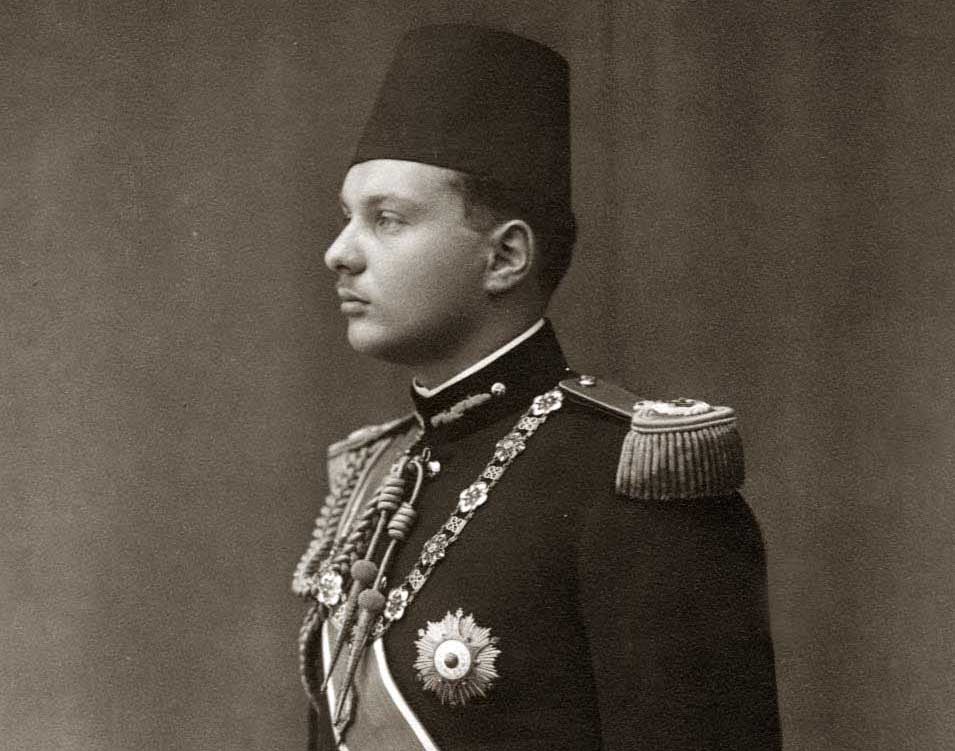 Succeeding his father King Fuad at the age of 16 Farouk was formally crowned in Cairo the following year as King of Egypt and of Sudan, Sovereign of Nubia, of Kordofan and of Darfur. In a complete break with tradition he went on the radio to speak to his subjects in Arabic. ‘And if it is Allah’s will,’ he told them, ‘to lay on my shoulders at such an early age the responsibility of kingship, I on my part appreciate the duties that will be mine, and I am prepared for all sacrifices in the cause of my duty …’ .

Farouk was popular at first, but in time the extent of his sacrifices came to seem distinctly limited. He said his prayers regularly, he abstained from alcohol, he spoke fluent Arabic (none of his predecessors had ever learned Arabic – they all spoke Turkish) and for a change he was not a British puppet. But he poured out money in enormous quantities, grew grossly fat by overeating and made frequent wildly expensive shopping trips to Europe.

His appetite for women was insatiable and his aides kept him supplied with prostitutes and European chorus girls. He also proved to be embarrassingly prone to kleptomania at home and abroad.

Farouk had inherited his father’s autocratic dislike of parliamentary democracy and of the Wafd political party, which was running the administration until a rigged election in 1938 got rid of them. They were followed by Farouk-backed coalition governments that aroused increasing dissatisfaction until the British, angered by the king’s pro-Italian, pro-Axis sympathies, imposed a Wafd ministry on the country in 1942. That in turn inflamed nationalist opposition and after the failed war against Israel in 1948 a group of army officers mounted a successful coup in 1952 and forced Farouk to abdicate. The monarchy was abolished the following year and Farouk lived in exile abroad until he dropped dead in a restaurant in Rome in 1965 at the age of 45, of a heart attack after a gigantic dinner.