Kazan Falls to Ivan the Terrible

The walled and moated town of Kazan was stormed by Ivan the Terrible's army on October 2nd, 1552. 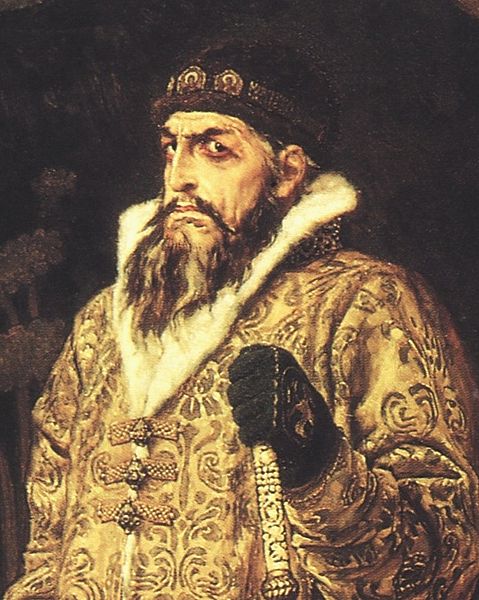 The Grand Principality of Moscow gained its independence from the Mongol Golden Horde in the fifteenth century under Ivan III, the Great, who vastly extended Muscovite territory. His grandson Ivan IV, already known in his own time as the Terrible (meaning ‘awesome’) and described by a contemporary as ‘cruel, bloody and merciless’, succeeded as grand prince at the age of three. He survived the hazards of his minority under competing boyars, or nobles, and in 1547, when he was sixteen, at his own insistence he was crowned not only grand prince, but Tsar, ‘emperor’, of all Russia. He immediately took aggressive action against the Tartars of Kazan, some 400 miles south-east of Moscow on the River Volga, who persistently raided Muscovy for loot and slaves for the markets of Persia and Turkey. The Khanate of Kazan, which had emerged from the disintegration of the Golden Horde, controlled several important trade routes and the passes through the Urals into Siberia. After unsuccessful attempts to bring it to heel, Ivan built the fortress of Svyazhsk on the east bank of the Volga as an advanced base. Apparently it was prefabricated, with the numbered components floated down the river. He now threatened a holy war, to which the Khan of Kazan courteously replied, ‘All is ready for you here. We invite you to the feast.’

In August 1552 the young Tsar led a Russian army, perhaps 150,000 strong, to besiege Kazan, a walled and moated town set on a hill. He had infantry, cavalry, arquebusiers, Cossacks and many Tartars, with heavy artillery, which was shipped down the Volga. The Muscovites bombarded the wooden walls with cannon, but to little effect, and infantry assaults were beaten off. Storms and torrential rain blew down the Muscovite tents and turned their camp to mud. This was put down to pagan magic and a crucifix containing a fragment of the True Cross was brought to the scene. There was no more bad weather after that. The siege dragged on and when Tartar prisoners were tied to stakes close to the walls in the hope that their pleas might persuade the defenders to surrender, the Tartar bowmen silenced them by shooting them. Sappers dug tunnels under the walls and exploded mines, which knocked down sections of the defences and blew up the town’s water system. After almost six weeks, the order was given and Ivan’s men stormed the town, the tsar himself continuing in prayer for a victory close to the point of disgracing himself as a coward. The Tartar defenders were overwhelmed, many were slaughtered and Kazan was put to the sack.

Ivan returned to a hero’s welcome in Moscow and the news that his wife had borne him a son and heir, though the little boy did not live long. In Kazan the Muslim population was expelled and Russian colonists were moved in, mosques were replaced by Russian Orthodox churches and the Tartars of the surrounding country were pressed to convert to Christianity. Four years later, in 1556, Ivan annexed the Khanate of Astrakhan, further south-east, which made the whole Volga a Russian river and gave Muscovy complete control of the important trade-route to the Caspian Sea.