Many events in Ivan's reign, writes Ian Grey, seem merely the first stages of developments that have been continued in the twentieth century. Today his greatness is generally recognized by historians. 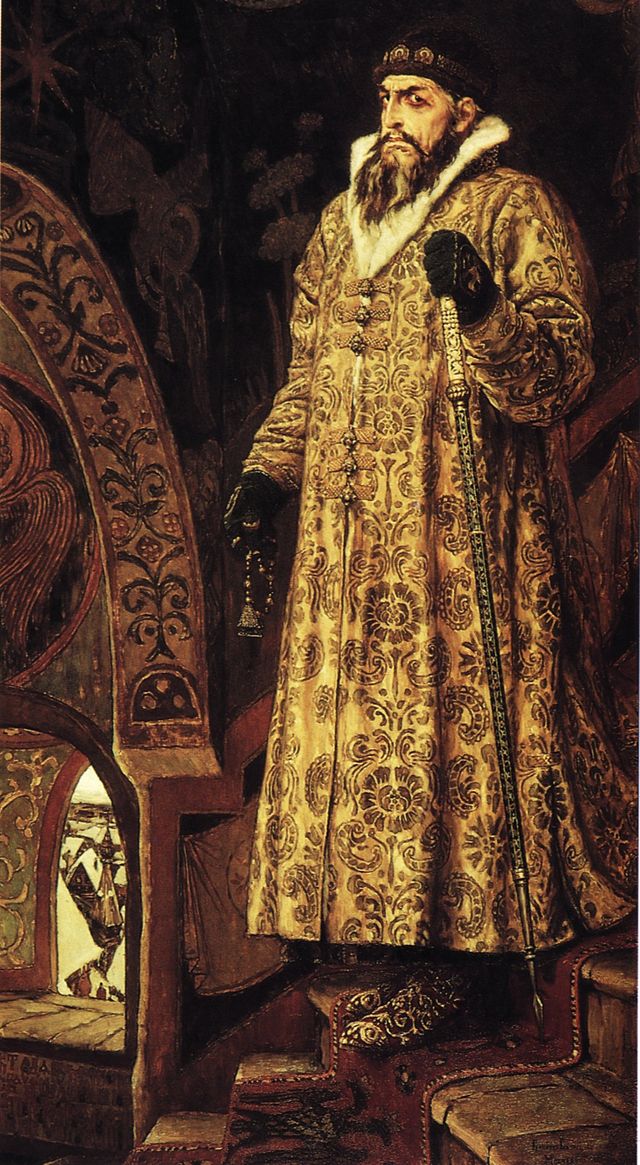 Probably no tsar of Russia has been more widely known by name than Ivan the Terrible. But he has remained a nebulous figure, seen through a haze of blood and savagery. Most historians, like Karamzin in the early nineteenth century, have condemned him as a cruel tyrant, perverted by power. Yet in the Soviet Union he has been hailed as a great Tsar and, as portrayed in Eisenstein’s remarkable film, a national hero. Without necessarily subscribing to the new portrayal, it is certainly appropriate to reconsider the man and his rule, for both are relevant to the understanding of Soviet Russia. Indeed, many events in Ivan’s reign seem at times merely the first stages of developments that have been continued in the twentieth century.