Melanie Billings-Yun investigates President Eisenhower's motives and methods in the spring of 1954, when French collapse in Indochina brought pressures for direct American intervention against Communism. 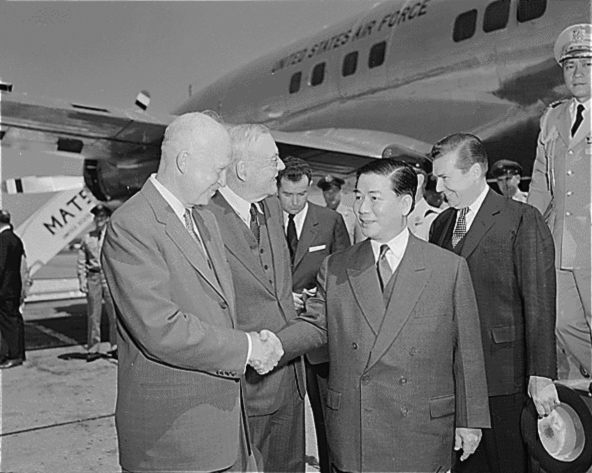 In the spring of 1954, barely into his second year in the Oval Office, the President of the United States of America, Dwight D. Eisenhower, confronted one of his most fateful decisions as a civilian: whether or not to commit United States military forces to the war raging in French Indochina in what is now Vietnam.

Communist Vietminh forces had a stranglehold on US-backed French troops in the northern outpost at Dien Bien Phu. The government of France made it clear that this was the battle that would decide the war. If Dien Bien Phu were to fall, President Joseph Laniel warned Washington, France would have no choice but to come to terms with the communists, no matter what those terms might be.