New perspectives on the Holocaust are possible if we transcend the limitations of German national history and consider it as a global catastrophe, argues Timothy Snyder. 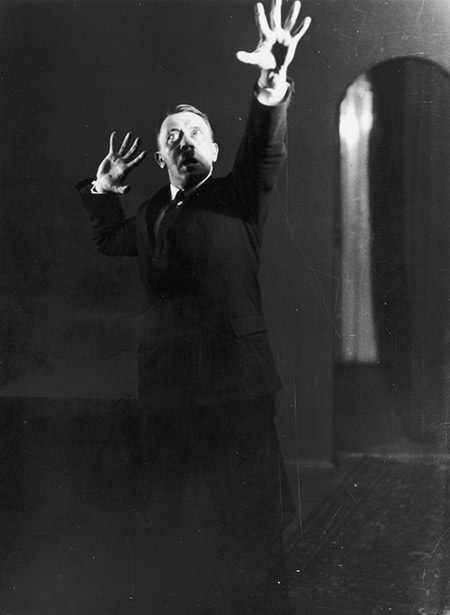 In the September 1998 issue of History Today, Peter Monteath nicely summarised Christian Gerlach’s groundbreaking argument about the origins of the Holocaust: that, in December 1941, Hitler made a ‘decision in principle’ that all Jews should be murdered. However, I am persuaded by subsequent historiography and by a rereading of Hitler’s own writings that his worldview was so radical that the concept of a ‘decision’ is inappropriate; in Alon Confino’s apt phrase, Hitler imagined a ‘world without Jews’ from the beginning. Realising that vision was less a question of categorical pronouncements and more a matter of what was possible. Revenge against Jews was not a decision but an inevitability.

What had changed most since January 1939, when Hitler issued a ‘prophecy’ that a ‘Jewish war’ would lead to Jewish extermination, and the pronouncements of December 1941 was knowledge about what was possible. The necessity of eradicating the Jews was present from the beginning. What was new was the awareness that Jews could be eradicated by murdering them. Nothing in the years between 1933 and 1939 had revealed how this might be possible. The measures taken against Jews in Germany, although extreme, cannot be seen as leading inevitably to the mass murder that occurred.

It cannot be stressed enough that the Nazis did not know how to eradicate the Jews when they began the war against the Soviet Union. Himmler and Heydrich could, of course, be confident that the Einsatzgrüppen would follow orders and exterminate people defined as political threats, since they had done so during the September 1939 invasion of Poland. But they could not be confident that SS men would shoot women and children in large numbers. They could not have been sure that the Order Police would serve as the perfect reinforcements, killing more Jews than the Einsatzgrüppen. They had not planned to recruit local people as shooters, but instead to instigate pogroms. The pogroms served mainly as a recruiting device for local people, who would soon far outnumber the German police.

By December 1941 the Germans, with increasing local help, had murdered about a million Jews in the occupied Soviet Union. It seems reasonable to assume that it was this fact, rather than the preliminary experiments with gassing that Monteath focused on, that convinced Hitler that the Final Solution meant mass murder.

Both Gerlach and his opponents, such as Christopher Browning, furthered previous debates about the origins of the Final Solution by referring to factors outside Germany. Whereas Gerlach preferred a sense of desperation after the United States entered the war in December 1941, Browning referred to the euphoria of victory after initial advances into Soviet territory. Yet since the late 1990s countries east of Germany now figure in such accounts. We have learned, thanks to the efforts of Eastern European historians, that we need consider not only how the Nazi leadership saw the world outside of Germany, but the reality of that world itself. In his recent landmark study of the Holocaust in Lithuania, Christoph Dieckmann brought together, for the first time, German discussion about the origins of the Holocaust with the local politics of occupation.

For any idea of ‘intentionalism’ to hold, it must begin with Hitler’s conviction that Jews should be removed from the planet. This is subtly but importantly different from the idea that Hitler planned a Final Solution. It allows for the possibility that Hitler learned from experience that killing Jews was easier than deporting them. It also raises the question of under what precise circumstances his global vision could be localised. Here what is necessary is a kind of ‘local structuralism’, which includes the motivations of non-German actors and the effects of non-German settings on Germans themselves.

Such is the history of the Holocaust as it is now being written: a catastrophe both planetary and local, transcending the limitations of German national history.

Timothy Snyder is author of Black Earth: The Holocaust as History and Warning (Bodley Head, 2015).