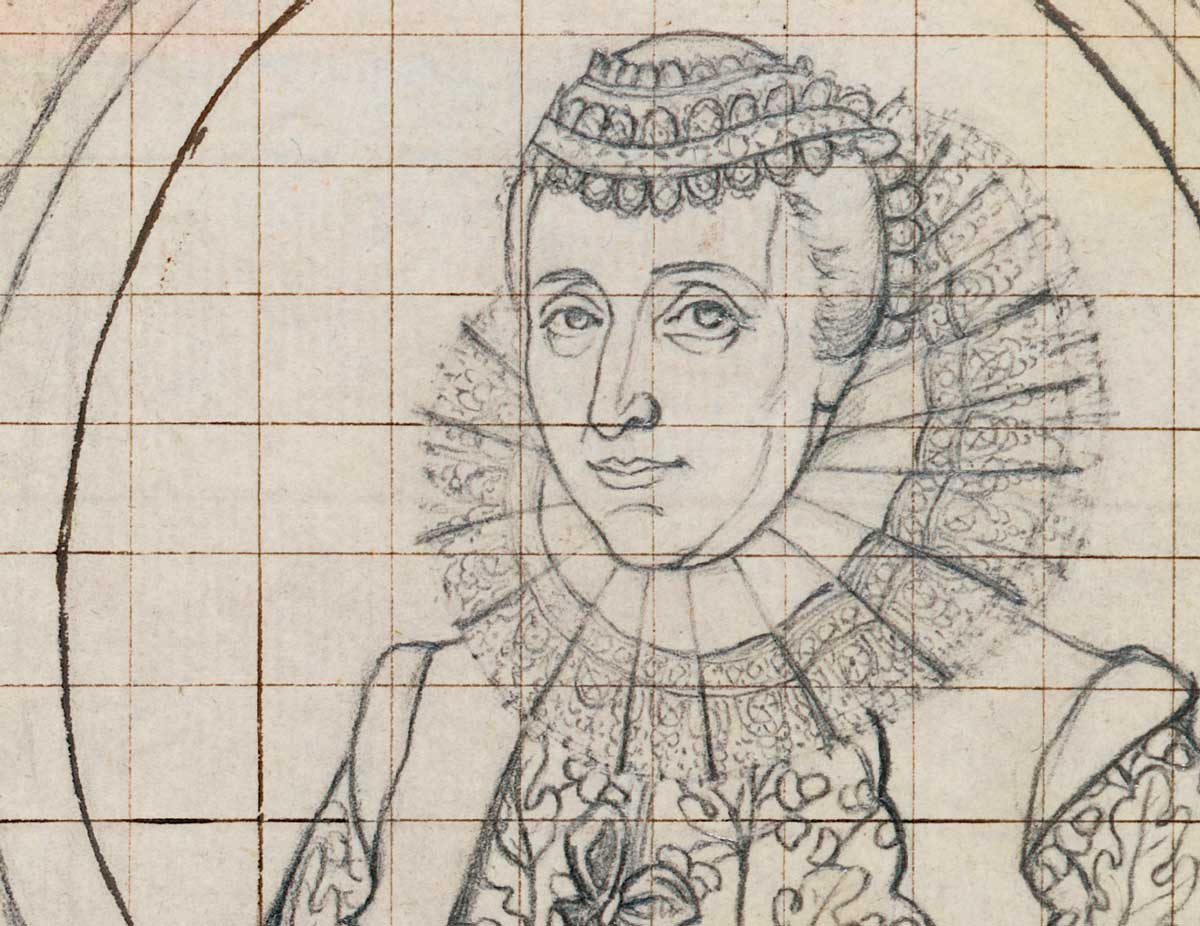 William Cecil served as Elizabeth I’s senior minister from her accession in 1558 to his death in 1598. He ceaselessly counselled, planned and manoeuvred, the solid foil to a brilliant and complex woman. In 1571, the queen rewarded him with a peerage, creating him Baron Burghley. But for the young William Cecil, the upward trajectory that retrospectively seems so secure was less certain. He faced disaster in 1553, trapped on the losing side as the country fell into crisis and dissent following the death of the boy king Edward VI.

Cecil married Mildred Cooke, daughter of the courtier and royal tutor Anthony Cooke, in 1546 – a match that opened a door into the heart of Henry VIII’s court. Mildred’s sister, Anne, later married the government lawyer Nicholas Bacon, Cecil’s lifelong professional and political ally, making them brothers-in-law. Renowned for their learning and keen intellect, Mildred and Anne were both scholarly and astute.

After Henry’s death in 1547, Cecil entered the service of Edward Seymour, Duke of Somerset, Lord Protector to nine-year-old Edward VI. Mildred found favour with Lady Seymour, to whom she dedicated a Greek translation. Anne, 19 and not yet married, rendered into lively English the fiery sermons of an exiled Italian preacher. Published in 1548, her translations were widely read. They were, wrote Anne, for ‘the information of all that desire to know the truth’ and ‘truly contain much to the defacing of papistry, and hypocrisy’. The Cookes, Cecils and Bacons were prominent supporters of religious reform, closely connected to the Cambridge-educated circle of humanists and reformers who gravitated to Edward’s court. The consummate political operator, with a printer on call, Cecil helped his sister-in-law disseminate her work.

The following year, Cecil survived the ousting of the Lord Protector. Despite spending eight weeks in the Tower of London he became indispensable to Seymour’s successor, the Earl of Warwick. ‘A most witty counsellor’, wrote Warwick, ‘as unto the King’s Majesty and his proceedings, as was scarce the like within this his realm’. Cecil’s wares, noted a friend, were good and saleable.

Then, in 1553, the young king died. Cecil was still the principal fixer at court for Warwick, Lady Jane Grey’s father-in-law – by now elevated to Duke of Northumberland. Cecil signed the king’s ‘Device’, the document naming Jane as Edward’s successor, though he knew it could not lawfully supersede the Act of Succession that named Mary as heir. Ever alert to consequences, he ensured his name was only on the document as a witness, not a full signatory. Nevertheless, on Northumberland’s orders, he was sending letters countrywide to rally support for Jane.

The country was alive with rumour and conflicting reports. The Bacons were at Redgrave in Suffolk when they heard that Mary was defying Northumberland. Probably warned of Edward’s deteriorating condition by a sympathiser at court, Mary fled to her estate of Kenninghall in Norfolk, arriving on 8 July, when she was told of her brother’s death.

Although Jane was proclaimed queen in London, the tide quickly turned in Mary’s favour. Cecil believed he was facing a charge of treason. He made contingency plans, which included how to escape from the Tower were he to be imprisoned there. He wrote a last letter to Mildred, which he entrusted to Nicholas Bacon. ‘Seeing great perils threatened upon us by this time’, he asked her to pray for him and to find a husband of good religion if she married again.

News of Mary’s arrival at Kenninghall spread quickly, as every connection that might raise support was activated. No one knew whether Jane or Mary would prevail. The Bacons were minor figures among the stream of nobility and gentry coming from all corners of East Anglia to vow fealty to Mary. In her flight, Mary had been accompanied by few attendants so, once the Bacons had declared their loyalty, Anne Bacon stayed at Kenninghall to serve the princess, remaining close to her until after her accession at the end of that tumultuous summer.

Why did Mary, a fervent Catholic, invite a woman with a determined antipathy to ‘papistry’ into her most intimate circle? Members of Anne’s family had served Mary’s mother, Catherine of Aragon, so perhaps the beleaguered princess felt she could trust Anne. On Anne’s part, it appears the need to support Mary’s legitimacy, to safeguard her husband and brother-in-law and to maintain the family connection with Tudor political life overrode her profound differences with Mary over religion.

The timing suggests that key to Anne’s action was William Cecil’s predicament and the family’s fears for his and Nicholas’ safety. They had every motive to soften Mary’s view of Cecil’s actions and to ensure that a representative of the family was positioned close to the legitimate heir. Cecil was in danger, whoever won the struggle for the throne. If Jane’s faction defeated Mary, Northumberland would not forget his secretary’s reluctance to sign Edward’s document. If Mary came to the throne, how could she ignore his signature and his work to raise support for Jane among the county elites? Either side could brand him a traitor.

As Northumberland left London to confront Mary with an armed force, dissenting Privy Council members delegated Cecil to find Mary, ask her pardon and declare their allegiance, a dangerous task with no guaranteed safe outcome. But by the time he caught up with her, in the company of Nicholas Bacon, Cecil’s fears were unfounded: Anne Bacon had already smoothed the path.

Now sure of her victory, Mary was in Ipswich. A Suffolk gentleman called Robert Wingfield wrote an account of events: ‘There also arrived Sir William Cecil, lately one of the secretaries to Edward VI, and Nicholas Bacon, attorney of the court called Wards; these men had married two sisters of remarkable education, daughters of Sir Anthony Cooke.’ The men ‘were not strangers to this factious conspiracy’ – the attempt to put Jane on the throne – and ‘Bacon’s wife, sometime a waiting woman of Queen Mary, was their chief aid in beseeching pardon for them’. Close to Mary, with her own family under threat, Anne found her opportunity. Her intervention showed wit and nerve. Mary told Anne she thought very well of her brother Cecil and believed him to be an honest man. With Anne Bacon’s timely help, William Cecil again survived to navigate the choppy waters of Tudor politics.

Deborah Spring is writing a book about Lady Anne Bacon.