Britain’s privatised water companies are under attack, but private ownership of a vital public service has a long history of controversy.

In 1581 Peter Morice began paying the City of London ten shillings a year to rent the northernmost arch of London Bridge. Under the arch he installed a waterwheel to pump river water into a tank and, from there, distributed it in a network of wooden pipes beneath the streets.

Morice’s London Bridge Waterworks, which survived until the old London Bridge was demolished in 1831, was an imaginative response to a crisis caused by London’s rapid growth. The population increased from around 50,000 in 1500 to 200,000 in 1600, causing a serious shortage of water. It was also significant because, for the first time, part of London’s water supply – a vital public service which until then had been controlled and financed by the City authorities – had been effectively privatised.

Thirty years later the City doubled down on privatisation by reaching an agreement with Hugh Myddelton, a London goldsmith of Welsh ancestry and a man of formidable drive and energy. The City had obtained an Act of Parliament entitling it to dig a 40-mile-long aqueduct to bring water to London from springs in Hertfordshire. It agreed to assign its rights to Myddelton provided he assume the entire financial risk of construction. In return, he could keep whatever revenue he managed to generate.

Not everyone was happy. Contemporaries complained that ‘that which was intended for a public good shall be converted into a private gain’. But the City lacked the resources to build this ‘new river’ itself and, as Myddelton pointed out, if he was prepared to risk his money he should be entitled to any rewards. In due course he persuaded other ‘adventurers’ to invest in the scheme and they, too, shared in the proceeds.

At the London Bridge Waterworks Peter Morice had effectively invented the public utility. He was the first to deliver water to individual consumers via a network of pipes and the first to make money doing so, charging customers for a connection. Myddelton’s New River Company borrowed Morice’s business model and from the late 17th century became immensely profitable – almost certainly the most fruitful business corporation in British history.

Morice and Myddelton’s ventures set a precedent which was to bedevil London for the next three centuries, by handing water supply over to profit-seeking capitalists, thus pitting the interests of private investors, who wanted to keep costs as low and dividends as high as possible, against the public interest at large, who needed and expected a reliable supply of clean affordable water. The conflict was resolved in 1904 when the capital’s water companies were taken into public ownership. But it re-emerged following the privatisation of water and sewerage under Margaret Thatcher in 1989.

In 2022 drought, hosepipe bans and illegal discharges of untreated sewage have reignited controversy, throwing a spotlight on decades of under-investment in water infrastructure at the same time as water companies have been paying enormous dividends to shareholders, rather than spending on fixing leaking mains or expanding sewage treatment plants.

This situation mirrors similar rows earlier in London’s history. By modern standards the supply with which Londoners in the early 19th century struggled to keep themselves washed and watered was absurdly inadequate, dirty and malodorous, not to mention costly. Consumer fury reached a peak when the water companies, which up until then had competed for customers, reached a series of secret agreements – between 1815 and 1817 north of the Thames and in 1843 south of the river – and carved up the territory between them, creating a series of local monopolies and raising prices as they did so. A cartel of just eight companies supplied the entire city.

Consumers complained not only about the cost of water but about its quality. In 1827 one campaigner attacked the Grand Junction Waterworks for siting its intake opposite the outflow from a major sewer. As a result, its customers were being sold ‘a fluid saturated with the impurities of fifty thousand houses – a dilute solution of animal and vegetable substances in a state of putrefaction – alike offensive to the sight, disgusting to the imagination and destructive to health’. In 1850 a scientist, Arthur Hill Hassall, who examined the water supplied by the companies from the Thames (into which most of London’s sewage was discharged) concluded it was full of ‘faecal matter’: ‘A portion of the inhabitants of the metropolis’, he wrote, ‘are made to consume, in some form or other, a portion of their own excrement, and moreover to pay for the privilege.’

As early as the 1820s some campaigners had called for private companies to be taken into public ownership – a non-starter in an era when politicians wedded to laissez-faire political and economic nostrums believed government had no role to play.

But London’s water supply remained a hotly contested political issue. Between 1821 and 1899 there were at least 16 Royal Commissions and parliamentary inquiries into the subject. In 1852 a reluctant government was bludgeoned by campaigners into passing an Act which required water companies to filter their water and to build new intakes upstream from the heavily polluted tidal Thames. Another Act in 1871 went further and for the first time subjected the companies to the scrutiny of external regulators.

It was not until the very end of the century that public ownership of London’s water was finally accepted as a good thing, long after water supplies in many other towns and cities had been taken into municipal control. Publicly owned water companies jogged along happily for much of the 20th century, until in the 1970s and 1980s government proved unwilling to sanction the enormous borrowing necessary to bring ageing infrastructure up to date. Privatisation in 1989 was a device (initially very successful) for unlocking private sector investment to make much-needed improvements. Since then the regulators tasked with keeping the water companies in line have proved unable to police the industry effectively. Today, it is facing calls for its nationalisation once again.

Nick Higham is the author of The Mercenary River: Private Greed, Public Good – A History of London’s Water (Headline, 2022). 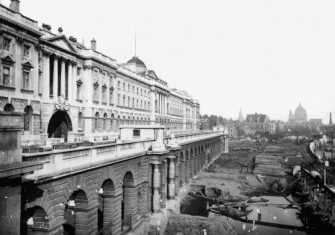 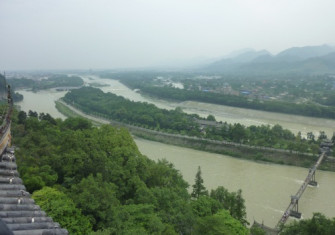 Water Crises in the Ancient World