The Search for Immortality

The elixir of life, a mythical substance from ancient Chinese literature, underpins an enormous industry in modern China.

Modern dietary supplements are the latest iteration of the ancient and longstanding tradition of the elixir of life, which, unlike medicine taken to cure ills, is taken in the belief that it can strengthen health, or even grant immortality.

In January 2004 the Chinese government announced a lunar exploration plan, the Chang’e Project, which saw the launches of the probes Chang’e 1 to 5, the last of which returned on 17 December 2020 with lunar samples. The name Chang’e is a reference to the elixir of life. The Huai Nanzi, compiled during the early years of the Han Dynasty (202 BC-AD 220), records the myth of Chang’e, who flies to the moon. A long time ago, the story goes, there were ten suns in the sky at the same time and the earth was scorched. An archer named Hou Yi shot down nine suns and saved the people. As a reward, he asked the mother goddess Xiwangmu for the elixir of life, which would make the drinker immortal. Granted it, he gave it to his wife, Chang’e. However, a man named Pang Meng took advantage of Hou Yi’s absence to attempt to steal the elixir. Unable to stop him, Chang’e swallowed it. Her body became lighter and lighter and she rose up so high that she flew to the moon, where she has lived ever since. This myth is the oldest recorded reference to a dietary supplement in China.

Chinese emperors had supreme authority and enjoyed extravagant lifestyles. Seeking to prolong this state of affairs, immortality often became their pursuit. Emperor Qin was the first emperor of a unified China in the third century BC. According to Shi Ji, The Records of the Grand Historian, written in the first century BC, the emperor heard that there were three holy mountains in the sea, named Penglai, Fangzhang and Yingzhou, which were inhabited by gods. He sent the alchemist and explorer Xu Fu to lead thousands of children to ask for the elixir of life, but Xu Fu never came back. Some scholars believe that he led the children to Japan and settled there, as Japan also has a legend about Xu Fu: Jinnō shōtōki (1339) mentions that a man named Xu Fu came from the Qin Dynasty and, in Shingu, a city on Japan’s eastern coast, there is a tomb and shrine to him.

Even less unsuccessful in the search for the elixir of life was Liu Che, Emperor Wu of the Han Dynasty. According to the chronicle Zi Zhi Tong Jian, in 115 BC Liu Che cast a 20-foot bronze plate to collect dew. The dew from the night air that condensed on the plate was called amrita. He drank it every morning together with jade that had been ground into powder in order to be as unbroken as jade. His death, in 87 BC, revealed that the gambit had not worked.

The pursuit of immortality was not limited to emperors, however. Soon the nobility joined the search. In the Wei Jin Southern and Northern Dynasties of China, Taoist alchemists developed an elixir of life for nobles, made of eight minerals that were combined, heated, distilled and cooled into a granular powder. This so-called elixir of life contained mercury sulphide, arsenic sulphide and other toxic substances that often caused death. An appropriate dose was eventually formulated, but, although not everyone immediately died from taking it, they were all poisoned, experiencing symptoms such as dry heat and itching skin. As these reactions were taken as a sign that the body was becoming stronger and on the verge of becoming immortal, the elixir was taken more enthusiastically. Since the itching and heat were often unbearable, nobles took to wearing loose clothes without underwear and went without bathing for months. Some avoided clothes altogether. Despite this, its use persisted: in 1620 the Ming emperor Zhu Changluo died after taking the elixir of life, a ‘red pill’.

Common people also pursued immortality. However, the manufacturing of this pill was a slow process produced in low quantities, making it very precious. Drawing on practical experience and traditional Chinese medicine, the lower classes invented a variety of alternative solutions such as medicinal wines and diets.

Proven to be toxic, the elixir of life that had been made for the royal families eventually disappeared. But medicinal wines, diets and herbal cuisine prevailed. Under the theoretical guidance and repeated experimentation of traditional Chinese medicine, the ingredients of these concoctions were subjected to constant adjustments and were ultimately proven to be beneficial. In the industrial age the production of alternative remedies dramatically increased and gradually became part of daily diets.

With the popularisation of scientific knowledge, China’s supplement consumption changed again. Improvement in everyday ailments has become the goal, instead of immortality. Surveys have found that the elderly are not strongly influenced by branding or marketing. Young and middle-aged male consumers seek improvements to their eyesight, while female consumers favour nourishment. Dietary supplements have morphed from optional extras into essential commodities, becoming daily necessities.

The ‘elixir of life’ taken more than 2,000 years ago by Chang’e, the goddess in the moon, has gradually become a health care product affordable to normal people. Despite the popularisation of scientific and rational research underpinning these supplements, Chang’e has not been forgotten. Her name has been taken by a popular brand of dietary supplements and across China she remains the model of a healthy person.

Kong Linggang is a professor at the College of Chinese Language and Literature and the Institute of Wen Xuan and Traditional Culture, Henan University, China. 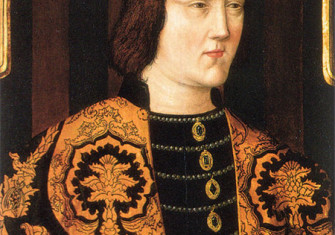 Edward IV and the Alchemists 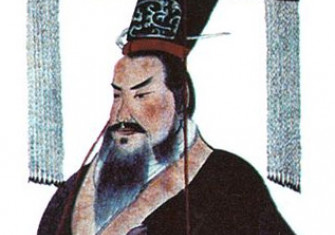