Michael Loewe looks at the dynastic, administrative and intellectual background of the Qin empire, which defined how China would be run for more than 2,000 years, and at the life and achievements of the First Emperor Shi Huangdi, one of the greatest state-builders of history, whose tomb was guarded by the famous terracotta army. 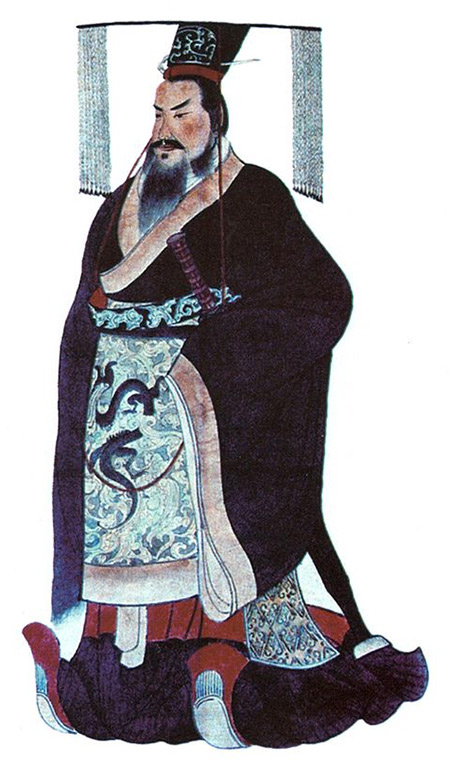 The kings of Western Zhou ruled from a small part of northwest China (present-day Shaanxi province) from 1045 BC. Their rule was long revered as a Chinese ‘golden age’  but in 771, overcome by dissension and subject to hostile intrusion, they were forced to forsake their original homeland and settle further east, establishing their centre at the city now known as Luoyang. Although the kings of Zhou actually survived until 256 BC, their territory and powers was severely curtailed through the rise of a number of independent leaders who could control large areas of land and style themselves with titles. As early as 777 BC, one of these leaders from Qin who, like the Zhou, came from the north-west, adopted the title of gong, often translated as duke; this  title passed from father to son until 325 BC, when it was changed for the more grandiose one of king (wang).