How has ‘the world’s wildest boy’ survived the rise of television, increased cultural consumption and the digital age? 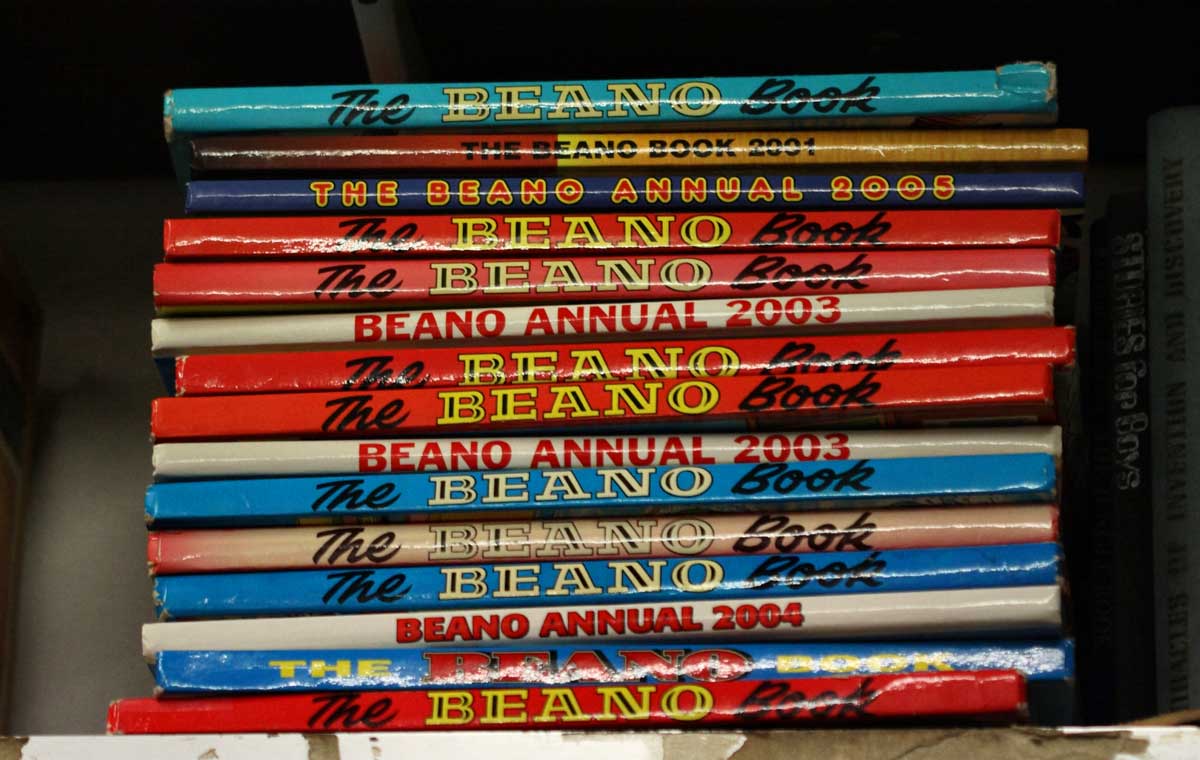 It is 70 years since Dennis the Menace’s first appearance in the Beano. His evolution since 1951 reflects a changing historical landscape, as he has adapted to match the shifts in attitude and preference that have accompanied the comic’s long history. The Beano, an overlooked source of socio-cultural interest, remains Britain’s longest-running and bestselling children’s weekly comic, its success attributable in part to brand marketing techniques, not least the Beano’s history as a powerful retro-marketing tool.

The comic’s popularity lies in the universal appeal of its core values: fun, mischievousness and ingenuity, all of which are perfectly personified in Dennis. While pranks and playfulness remain the focus, Dennis’ appearance, behaviour and language have gradually changed over time. One particularly significant shift in recent decades has seen depictions of physical violence and emotional torment – from the use of the slipper or cane as forms of corporal punishment, to name-calling and ridicule – fade from view. The Beano brand has kept in tune with generational shifts in social norms and expectations, ensuring its continuing appeal to both children and adults.

Emerging at a moment of economic volatility and uncertainty, the first issue of the Beano – complete with 28 pages of comic strips, adventure stories and a free face mask – was launched by the Scottish publisher D.C. Thomson in July 1938, as a companion to the Dandy, which had appeared seven months earlier. As the cultural critic Roger Sabin points out, these new humorous comic titles had a ‘depression sensibility’, reflecting the mood of Dundee, the city from which they sprang, during the Great Depression and under threat of another world war.

During wartime, a skeleton staff of scriptwriters and artists continued to produce the Beano (several Thomson employees entered active military or naval service, including the Beano editor George Moonie, who enlisted in the Royal Marines). Strips and stories mocking Axis leaders were an important propaganda weapon in the fight against Nazi Germany and fascist Italy. Paper was rationed shortly after the outbreak of the war and the Beano was forced to reduce its output, publishing fortnightly instead of weekly and with fewer pages in each edition. Despite these challenges, the comic survived the war and its sanctions intact and started to gain widespread appeal.

The postwar development of the Beano began in the early 1950s with the realisation that its content needed to be refreshed and updated. Lively and energetic plots and themes as well as new characters were given more space, as part of a carefully considered response to market research, which found that children preferred young protagonists to adult or animal characters.

The first of the Beano’s child characters to appear during that decade was Dennis the Menace. Taking his name from a song performed by a 1930s’ music hall double act – the chorus lyrics begin, ‘I’m Dennis the Menace from Venice’ – and drawn by Edinburgh-born Thomson staff artist Davey Law (based on a rough pencil sketch on a cigarette packet), the Beano’s main mischief-maker first appeared on 17 March 1951. By the end of the 1950s he had been joined by Roger the Dodger, Little Plum, Minnie the Minx and the Bash Street Kids, among others.

In his first strip, Dennis is seen walking sulkily through the park, ignoring the signs (‘Keep off the grass, Huh!’), much to his father’s annoyance. Dennis’ distinctive red-and-black striped jumper appeared a few weeks later; Gnasher, his faithful hound, in 1968; and a baby sister, Bea, in 1998 – an event that drew national media attention.

According to the British comic artist Leo Baxendale, Law’s drawings were characterised by ‘radical innovations’ in composition: his distinctive horizon line; Dennis’ exaggerated running style; creative use of angles and perspective. The ‘nervous fluidity’ of Law’s inking and line art seemed to encapsulate both the anarchic spirit that characterised the menace of Dennis and the strip’s ‘pungent humour’.

While in the 1970s British adults were burdened with news of industrial unrest, strikes and power cuts, for the Beano’s young readers the decade saw the launch of the Dennis the Menace Fan Club (in June 1976), with the titular hero, growing in popularity, now gracing the front pages of the weekly comic, large-format summer specials and Christmas annuals. Fan club membership packs included a wallet, two badges and unique passwords. Children, as well as adults for whom Dennis had nostalgic appeal, could now not only be readers, but they could take their place in the world of Dennis the Menace. It proved to be a significant success: the fan club gained 2,000 members a week at one stage, rising to a membership of a million by 1988, the year of the Beano’s 50th anniversary.

In keeping with the conspicuous consumption of the Thatcher era, the 1980s saw the peak sales for a Beano annual; the 1983 edition sold more than half a million copies. Parents and older relatives were able to share their own memories of childhood in the form of gifts, particularly at Christmas, as well as identifying with the Beano through branded products, such as Dennis the Menace boxer shorts, which were available by the end of the decade.

In the last two decades, the Beano has updated again, responding to recent cultural trends. Minnie the Minx, Dennis’ female counterpart, had her first solo cover in 2013 to celebrate her 60th birthday and in 2016 the wild-boy duo were renamed Dennis and Gnasher, dropping the potentially contentious ‘Menace’. This reframing has enabled a second generation of Beano parents to continue to enjoy the characters and encourage their own children to engage with the comic online.

The underlying success lies in the way that the essence of childhood is captured in the irreverent behaviour of the comic’s characters, but also in the nostalgic evocation of childhood pleasure which appeals to young and old alike. The Beano’s and Dennis’ history has become part of its marketing power, encouraging parent fans to drive their children towards them, leaning on the nostalgic love of the Beano and Dennis as British institutions.

Mr Punch and the Iron Duke