In the Bible, angels do not have wings. How did they come to take the form we know today?

Angels did not always have wings. It was only in the fourth century that the familiar image of the winged angel emerged. In the Roman church of Santa Pudenziana, St Matthew is depicted in a mosaic with wings, looking to all intents and purposes like an angel as we now expect them to look. Then, a century later in the Roman church of Santa Maria Maggiore, distinctive winged angels appear around an enthroned Christ figure, crystalising the iconography of angels for coming generations.

Received wisdom is that the winged angel was derived from the winged Victories popular in this period. There is, indeed, a clear similarity between many early depictions of angels and those of Nike or Victory. However, although angelic imagery being influenced by other winged beings makes sense, it does not explain why the angel became winged in the first place. The only reason to model angels on pre-existing winged beings is, surely, if you already believed that angels had wings.

The angels of the Bible were not winged. (The winged Cherubim and Seraphim are figures derived from the Near Eastern tradition of winged zoomorphic guardian figures and are not angels since they perform none of the angelic functions.) In fact, in the Old Testament angels are often not clearly distinguished from humans at all. The New Testament letter to the Hebrews recommends: ‘Do not forget to show hospitality to strangers, for by so doing some people have shown hospitality to angels without knowing it.’ When angels are clearly identified in the New Testament, they are distinguished from ordinary humans by markers first found in Old Testament books, such as gleaming white robes, or a countenance like lightning – but no wings.

Biblical angels did not need wings to travel between heaven and earth: they ascended on ladders, or else in the flames of the sacrificial fire. At Dura-Europos in Syria is a third-century mural which depicts Jacob’s dream with wingless angels ascending a ladder. This motif is also found in early Christian literature, such as in the third-century Martyrdom of Perpetua and Felicitas, in which Perpetua has a vision of a ladder leading to heaven upon which the righteous ascend.

In the catacombs of Priscilla in Rome an unknown artist from the middle of the third century painted what we believe is the first Christian depiction of an angel, the archangel Gabriel, without wings and, even as late as the mid-fourth century, the Roman sarcophagus of Junius Bassus still depicts the angel from the story of the sacrifice of Isaac without wings.

Yet in the cultures of the Near East and Mediterranean in this period there was no shortage of winged supernatural beings. Indeed, being winged was so common for divine figures that one almost wonders how the angel could have failed to have gained wings before the fourth century. In Mesopotamia, the wind was seen as a winged demon named Pazuzu. The ancient Greek personifications of the winds, the Anemoi, were also sometimes depicted as winged humans. Likewise, we have examples of winged Canaanite demons from excavations at Beth Shean and Megiddo.

In ancient Egypt the solar deities Ra or Horus are represented with a winged disc – the disc being the sun. This became a symbol of divine kingship in the Near East. Assyrian art depicts the king in the centre of a circular disc, either winged himself or else with the wings protruding from the disc. Later Achaemenid art depicts Ahura Mazda, the supreme Zoroastrian god, in a winged disc and the Zoroastrian Fravashi (similar to what we might recognise as a soul) shared the same winged iconography. Sassanian iconography portrays the bust of the king surrounded by wings. Wings appear, therefore, as a symbol of divine power, either of gods or their representatives on earth.

Then, at the end of the third century, the bishop and martyr Methodius of Olympus, who was located in Anatolia and perhaps also the Levant, connected the state of being winged to being celibate. Again, in the late fourth century, in an eastern ascetic text, On Hermits and Desert Dwellers pseudonymously attributed to the Syriac church father St Ephrem, fasting from the attractions of the world was said to give the ascetic wings, which he used to soar to heaven.

There was already a theme of the righteous being identified as angels. In the ascent visions found in the Second Temple Jewish and early Christian writings the ascendees are often clothed in certain garments once they have ascended to heaven. These garments seem to be modelled on those of the angels (without wings). In other early Christian literature, such as the work of the second- and third-century church father Clement of Alexandria, the righteous dead were described as angelic.

Early Christianity was an amalgam of Near Eastern and Greco-Roman culture. Sometime during the third and fourth centuries it became common for Christians to view angels as winged beings and to attribute wings to the righteous either on earth or in heaven, which then became the iconographical template. The winged St Matthew must surely be seen in this context; he had ascended and been granted the symbols given to those who had gained eternal life. The angel’s wings present the collision of Plato and Persia, as Near Eastern iconography came to be used to indicate a perfect state of being, that of the angel, to which early Christians aspired in this world and the next. 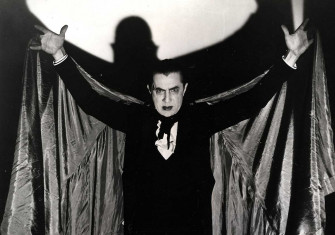 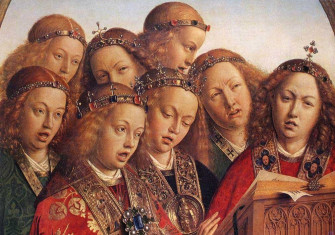